Student Spotlight With Laura: What Led You To Blue Osa? 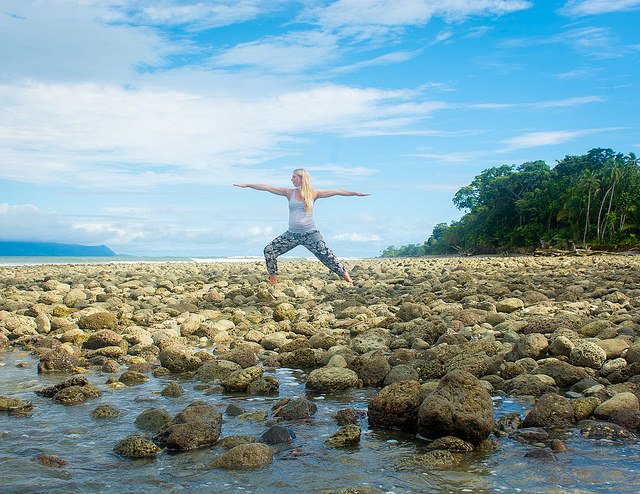 On this week’s edition of Blue Osa Student Spotlight, we are super pumped to introduce you to Laura Jane Bonney. Read on to learn what brought Laura to an immersion yoga teacher training program and the unique situation that could have held her back—but didn’t! We know you’ll be inspired after this one!

Let’s start with an introduction! 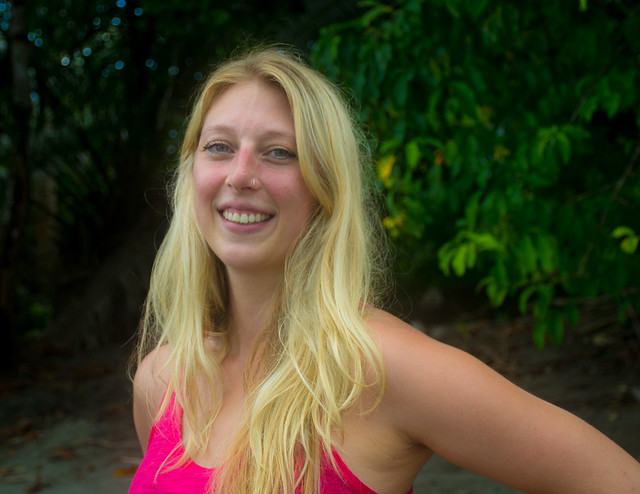 What’s your name, where are you from, and what do you ‘do’?

Hello! My name is Laura Jane Bonney and I live out in the country in a small town called Port Severn, Ontario with my partner and two dogs Cash and Diesel. I was recently employed by the federal government, working full time as a food inspector, and before that, I did a variety of things for work, from serving at coffee shops to tree planting. I love music festivals, snowmobiling, rock climbing, wake boarding, canoeing and generally anything that gets me outside. My favorite time of day is when I get to have my first cup of coffee and I’m the only person I know that gets excited about flying. Even though I love eating veggies out of my own garden and eating a healthy clean diet, my favorite food is salt and vinegar chips, and I am self-proclaimed poutine connoisseur.

How did you start practicing yoga? What was it about yoga that caught your interest?

I feel I have always been drawn to yoga. I first started practicing in my second year of University in 2006. The following year one of my close friends took her yoga teacher training course through school, and I remember thinking that it was something I wish I could do or would do, someday. Since then, I’ve lived in over five different cities and in each I’ve practiced at different yoga studios with many different teachers and styles. I’ve practiced in small eclectic studios to community centers to more franchised styles like Moskha Yoga and Bikram. There had been times where I’ve practiced daily for months on end, and times where months would go by and I hadn’t practiced at all. In the end, though, I always come back to yoga.

Yoga has constantly been a way for me to get back to myself. It opens up a space to clear my mind and to feel grounded. It has a magical way of allowing me to reach a deep place inside of myself that can’t very well be described, only experienced. No matter what’s been going on in my life, it’s taken me back to this place of stillness and knowing, and that’s what kept me practicing—and will keep me practicing—for years to come.

When did you decide to commit to a yoga teacher training program?

I’ve wanted to commit to a yoga teacher training program for as long as I’ve been practicing yoga. It’s been on my bucket list since I can remember, not only so that I could one day teach others but for the experience and to go deeper into my practice.

As I mentioned earlier, I was working for the government as a contract employee for a year and a half. Things were going great, and I was certain I would stay on as a full-time employee. At the beginning of September I was informed that at the end of the month (when my contract expired), they would not be extending my term, and in fact, no contract employee would get a term extension at all in an attempt to cut costs. This came as a surprise not only to me but also to everyone else I worked with. I was a little hurt at first, but I am a true believer that things happen for a reason. In the following week, I decided that now was the time to take advantage of a yoga teacher training immersion program and that I really didn’t enjoy my previous job all that much anyway. I began looking online for the different places to take the training and by October I was signed up for the immersion program at Blue Osa, just like that. The universe has a sneaky way of opening up opportunities at just the right time.

What appealed to you about an immersion program, and what led you to Blue Osa? 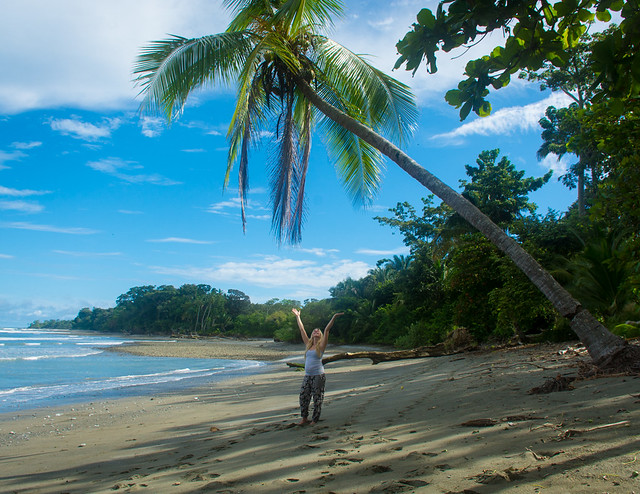 When I stumbled across the Blue Osa Yoga Teacher Training, I was immediately drawn. I emailed Aaron back and forth a few times with some questions and even though it was just a few emails and I hadn’t even met him, I knew that I liked him.

From the website I could see that Blue Osa had a nice relaxing vibe to it, but I could also see that Aaron took yoga seriously. I liked the fact that the program was only offered once a year, which said to me this wasn’t just a yoga teacher training mill, pumping out teachers to make a profit. It seemed from the website and videos that the environment was fun and relaxing but mature and dedicated to providing a meaningful experience and a quality course as well. I liked that.

I have traveled to Costa Rica before and loved every second of it. The location of the program, of course, helped in making my decision.

…and being far removed from your daily life, routines and responsibilities? How did you overcome them? 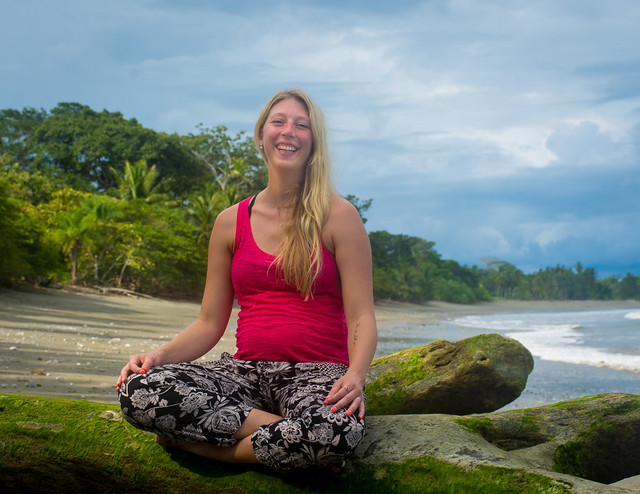 My biggest hurdle has been that I will be going into my sixth month of pregnancy when I arrive at the course. Yes, that’s right, six months pregnant! Believe it or not, when I initially found out I was pregnant one of the first things that crossed my mind was that I would have to say goodbye to my yoga teacher training dream, or at least put it on hold for a few years.

Then in September when I was laid off, and the opportunity of having the time presented itself, I thought – why not? It’s for sure going to be an added challenge, but I know the rewards will be life changing. Plus, now I can tell my baby that she was a yogi before she was even born!

What are your goals for both during and after the yoga teacher training program?

I sincerely hope to teach yoga in the community where I live, so I hope to get a good foundation in actually teaching yoga to give me the confidence and knowledge to do so. I also hope to get back into a routine where yoga and meditation become priorities in my life again.

What three words best describe how you feel at this very moment, prior to boarding the plane?

What is one piece of advice you would like to give…

…to other yogis who want to take their yoga practice to the next level, but have some fear holding them back?

Money can always be made, so when the opportunity presents itself, trust your gut and just do it. Don’t wait until you’re six months pregnant, but even if you do, know that it’s never too late.

A huge thanks to Laura for participating in our Student Spotlight series from the One-Month Immersion! If you have any questions or comments for Laura, be sure to leave them in the comments section below!