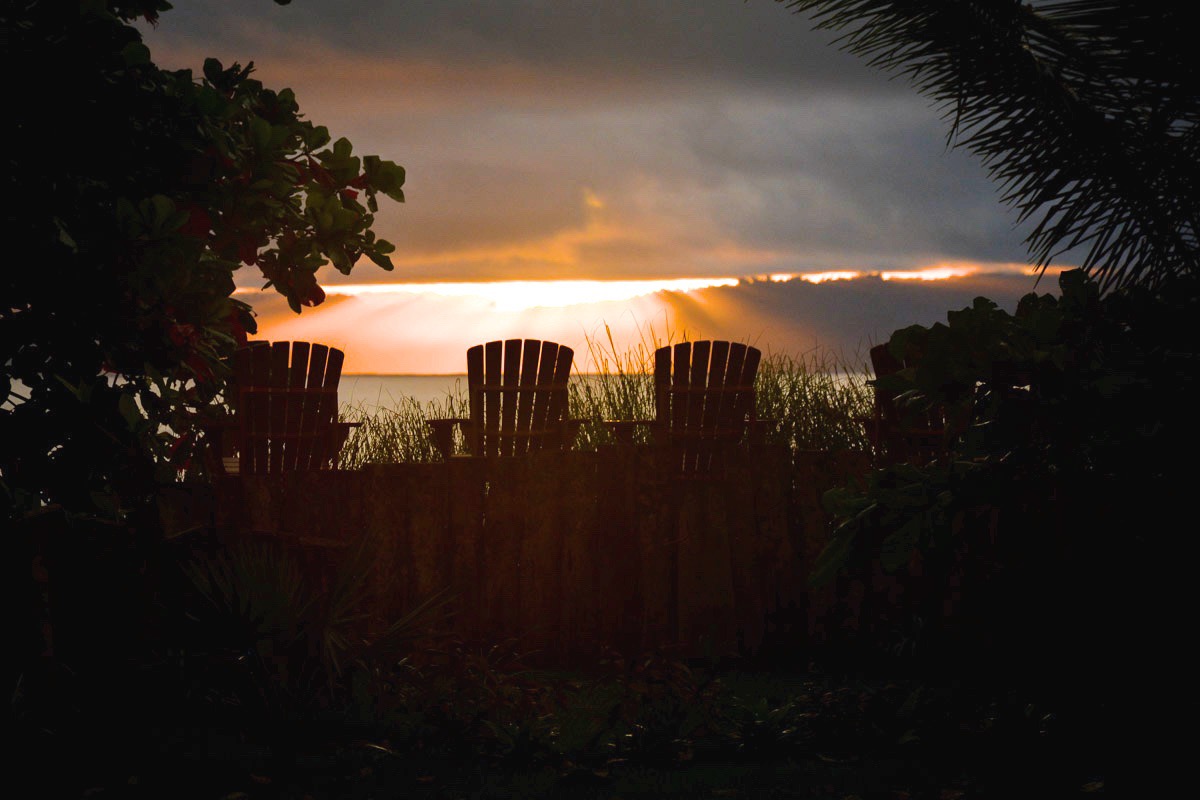 Home › Our Stories › The Power Of Silence: How Silence Can Free Us

The Power Of Silence: How Silence Can Free Us

Staying silent in the morning, how hard could that be? As it turns out, it was much more difficult than I had thought.

Yet, even though it was challenging at first, practicing morning silence grew easy and effortless.

Morning silence turned out to be one of the most revealing and beneficial experiences during my month at Blue Osa yoga teacher training. 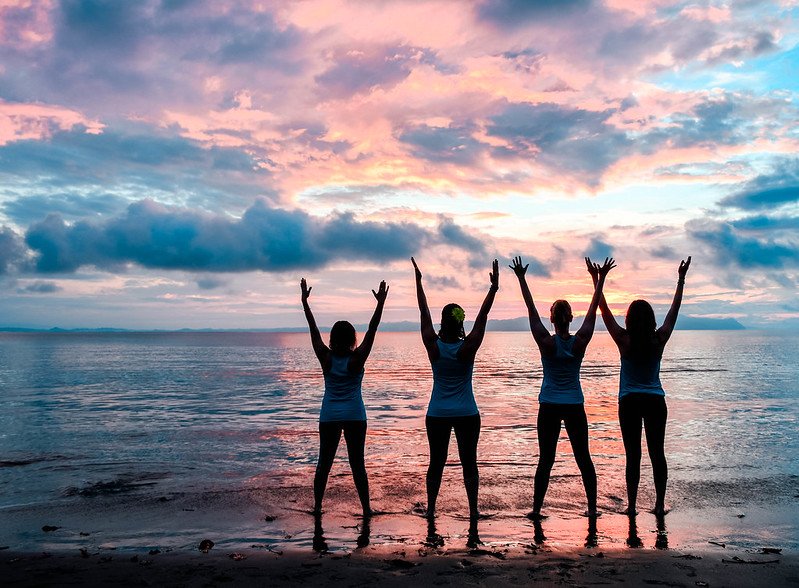 If you had told me a month ago that shutting down my phone, my computer, and closing my mouth in the mornings would change my life, I would have told you that you were crazy. But I couldn’t have been more wrong.

From the time I woke up, until 7:30 a.m., a profound silence permeated the Blue Osa property. The only sounds I heard were the sounds of natures speaking to me.

The occasional screeches from a scarlet macaw.

The excited bark from one of the dogs.

The birds were singing their morning songs.

The waves were rolling onto the sandy shores of the beach.

As we all practiced morning silence, I was able to hear. And I mean to listen and understand everything. 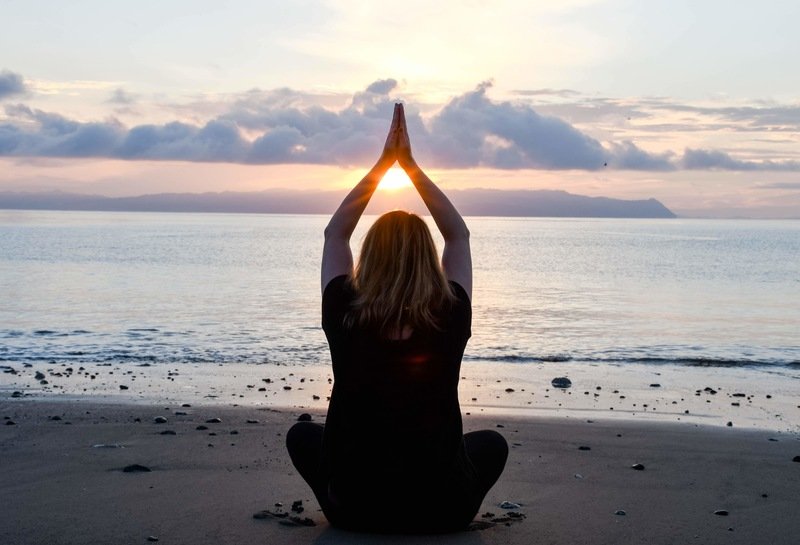 The Most Difficult Part Of Silence

For me, the most difficult part of staying silent wasn’t the “not talking” part. It was resisting the temptation to get online. This meant no chatting on Facebook or checking CNN updates. It also meant no looking at the most recent Instagram photo feed. At first, I panicked a little. No Internet? How was I going to survive?

Back home, I considered the morning to be a time to be “productive.” I could use those first couple hours of each day to “get things done” and “catch up on my correspondence” before arriving at work.

These mornings were frantic and stressful, yes, but that’s how mornings are, right?

Each morning I would be jolted from my sleep by a loud and buzzing alarm. I would smash my hand on the snooze a few times and flop to the floor.

As I chugged my first cup of coffee, I would text and listen to the news.

In the car on the way to work, commercials on the radio competed for my attention. I would juggle many phone conversations while navigating the chaotic daily commute. By the time I arrived at work, I felt scattered, tense, and annoyed.

Kickstart Your Morning Routine With Our Online Course!

The first week at Blue Osa, I struggled with my strong desire to know what I was missing online.

I craved my usual check-ins with family and friends. I ached to follow my favorite social media celebrities and longed to surf the web for fun articles to read.

I felt like a child who had gotten her favorite toy taken away. Was I being punished? The entire experience verged on torture. What else was I supposed to do each morning if I wasn’t on the Internet? 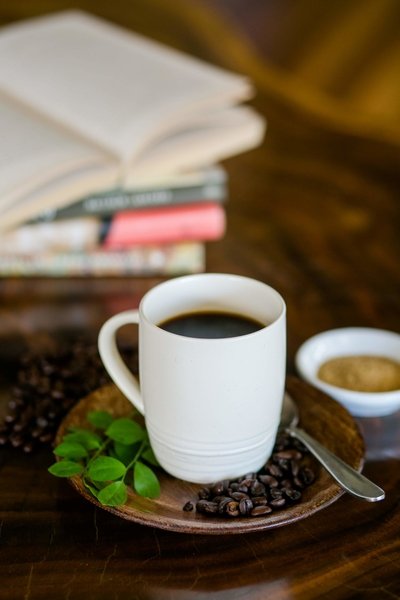 After a few days of immersing myself in morning silence, my cravings to tune into technology started to subside. I sank into a silent serenity and actually looked forward to the stillness of each morning. I found that I became more observant.

My coffee tasted better, and I ended up needing less of it to feel “alert.”

The flavors of my breakfast seemed bolder, sweeter, and juicier; I ate slower and enjoyed my meals more.

Journaling became more natural because there was an abundance of extra time. During the mornings, I had time to write down my thoughts, organize my mind, and set an intention for my day.

I began feeling more grateful for the things in my life. I noticed that I was more conscious of what I would say throughout the remainder of my day.

Overall, by starting my day with silence, I discovered that the quality of peacefulness followed me throughout the rest of my day. 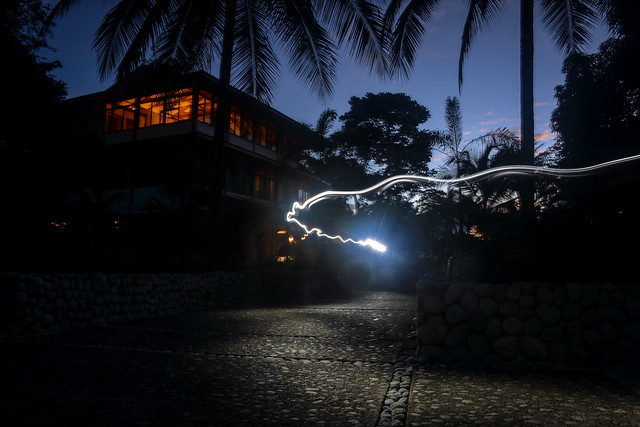 The Silence Taught Me How to Go Inward

Taking time every day to be silent created space for me to reflect. I noticed how addicted I had become to my mindless morning chit-chat and electronic habits.

I had become “that” person who had grown an umbilical cord that linked my very survival to the World Wide Web.

I realized, with horror, that the modern world of technology had infiltrated my life. So much so that I didn’t even notice how much distress it was inflicting upon my life.

Morning silence helped me recognize how my regular routine in the states had been sending me off to work feeling depleted and anxious.

What I realized, during my time at Blue Osa during yoga teacher training, was that I was in control of the chaos. I could stop the virtual vortex by merely switching off the screen on my phone or computer, closing my mouth, and sitting each morning silently.

My experience at Blue Osa invited me to be mindful and to create a sacred start to each day.

Mornings are an opportunity to sit quietly. Because of the time I have, I set an intention for the day, journal, meditate, or do yoga.

At other times, I can fully enjoy a cup of coffee or breakfast without trying to “multi-task.”

With the choice being chaos or stillness, I elect to choose stillness now, through practicing morning silence.

Kickstart Your Morning Routine With Our Online Course!

Lara was a volunteer at Blue Osa working in the gardens. She is originally from Minnesota and spent the last three years in Colorado. In 2013 she decided to spend a year abroad focusing on travel, yoga & gardening.