The Secret of Blue Osa’s Costa Rican Coffee is Revealed 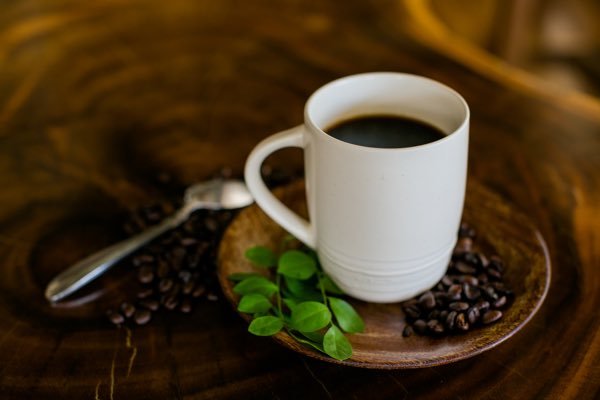 I stand at a safe distance as Jose and Chele walk me through the coffee-making process. It’s rather early but that’s when production starts. I’m not very coherent at this ungodly hour and the irony of the situation is that I can’t have any coffee to stimulate me until I undergo the very unstimulating task of making the Costa Rican coffee.

“It’s too early for this,” I think to myself. 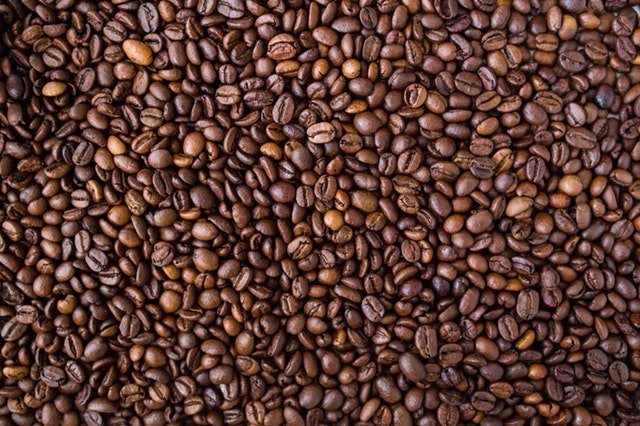 Step One: Fill a large pot and bring water to a boil

Chele enters the room carrying a capacious pot which he puts under the sink to start filling. The two men then take off to perform a variety of other tasks that are required for the morning meal. I figure it my duty to keep an eye on the water situation and wait impatiently for the pot to fill. After a few restless minutes, I decide to check on our progress and am immediately taken aback to discover that progress is painstakingly slow. The steady stream of water has hardly filled 1/16th of the roomy pot.

I make a joke and ask if we’re planning on bathing in the pot but I think it gets lost in translation or simply isn’t funny because the two workers just stare at me blankly.

After what feels like a short eternity the pot is filled. The two men discuss their strategy on maneuvering the encumbering volume of water and decide on a shuffling approach. Once again, I am instructed to stand clear. I don’t need to lift the pot myself to know that it’s exceptionally heavy; their faces do a phenomenal job of depicting that. With a conjoined and equally strenuous effort, the two men are able to hoist the pot aloft and place it on the stove. The next step involves bringing the water to a boil, and if you thought the filling process was tedious, bringing the water to a boil is downright agonizing. I’ve seen mountains erode on a faster scale.

Flash forward another short eternity and the water has come to a boil. It becomes evident that the large volume of – now scalding hot – water needs to be maneuvered once again, in order to transfer the water into the large serving thermos. 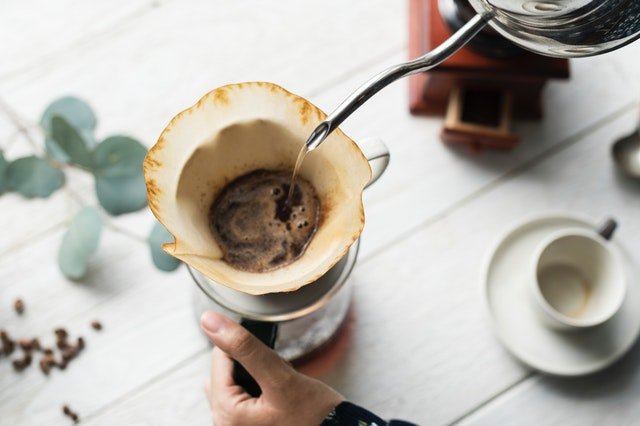 I watch with a sense of trepidation as the two gentlemen pour the boiling water over a fabric filter that contains two 8 oz. bags of Costa Rican coffee grinds. The Coffee is 1820 brand, and because I like you guys I will insert a link to buy the coffee here.

The water inundates the ground coffee and instantly the smell permeates the kitchen. It is incredibly aromatic and pungent and we all take a brief second to indulge our olfactory senses. After a few seconds, we turn to each other and smile as if something very special just took place. 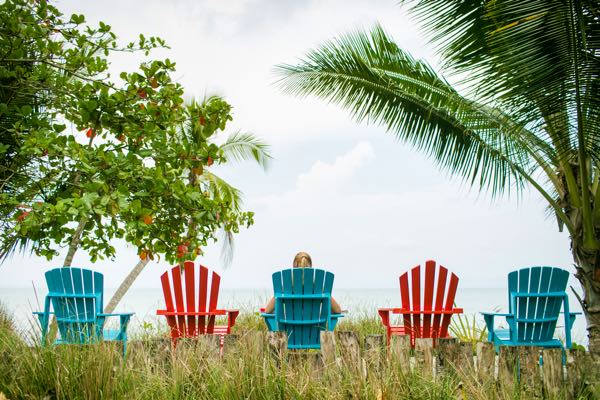 The coffee is served and the guests appear to be buzzing like bees.

“I constantly go back for not only a second but sometimes a third or fourth cup,” my co-worker Danielle tells me. “It’s not that I’m craving the caffeine, the coffee is just that good.”

She’s right. It is that good. I’ve never really fancied myself a coffee connoisseur but this coffee is different. I shoot out of bed every morning like a loaded pistol and bound my way over to the kitchen just knowing there’s a fresh pot of Costa Rican roast waiting for me. I’m so wound up by the time I’ve chosen my mug that the last thing my body needs is caffeine. But I can’t help it.

I love meticulously choosing my mug depending on how I feel, I love pouring my milk first then watching the stream of dark coffee inundate the white, forming a creamy color that gradually darkens to a nice burnt umber brown. I love stirring the sugar clockwise, then counter-clockwise to ensure it really imbues into the brew. I love holding the warm mug just below my nose and taking a deep inhale. But more than anything, I love the taste. I’ve never had coffee as good as the coffee I have here.

We are constantly preaching about the yoga here at Blue Osa but the reality is there exists a surfeit of smaller pleasures that often do not receive the recognition they deserve. Whether that be the undulating sound of the waves crashing against the beautiful sandy shore, the delectable desserts crafted by Chef Marie, or the impact a fresh cup of Costa Rican coffee can have on your senses, these secondary pleasures tend to get lost in the shadow of a place that prides itself on its yoga. Here at Blue Osa, there are a million and one things to fall in love with that don’t revolve around yoga. I know because every day I discover something new that commands my praise.

They say that “Simple pleasures are life’s treasures,” and the more time I spend here on the Osa Peninsula, the more I believe that to be true.

Learn More About Mastering Your Mornings In Our Online Academy! 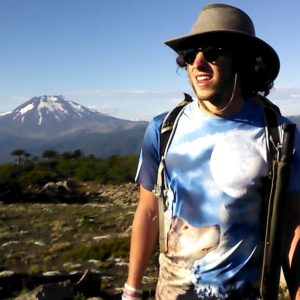 Ben von Jagow is an avid traveler and aspiring writer from Ottawa, Canada. He studied Business at the University of Western Ontario and worked in the banking industry before leaving the country to wander. His frugality coupled with his passion for adventure has transformed him into a traveler who searches for diversion in the unorthodox. Before coming to Blue Osa, Ben played professional football in Spain. At Blue Osa he spends his free time being manhandled by the waves with a surfboard trailing somewhere close behind. Despite the ocean´s attempts to dissuade him, he can usually be spotted returning the next day with a smile on his face. To see more of Ben´s work, visit him at www.benviajando.wordpress.com.

We know going gluten-free can be tough. That's why we've put together these delicious gluten-free recipes for you straight from the Blue Osa Kitchen! You may find you like them even better than the gluten versions.