Home › True Confessions: What It’s Really Like To Be A Yogi In India

True Confessions: What It’s Really Like To Be A Yogi In India

My fascination with all things India started in 1967 when John, Paul, George and Ringo befriended the Maharishi (‘Great Seer’), Mahesh Yogi, who introduced transcendental meditation to the West and gained fame in the 1960s as the spiritual guru to the masses.  I was transfixed with his voice, look and gestures. I attended my first yoga class while studying at Florida State University, and I soon became an active participant in weekly Hatha Yoga practices on campus with my fellow ‘granola flakes’, as we were called.

My decision to come to India helped to reaffirm my desire to maintain a floating spirit based on several principles that I apply when needed.

India was an important reapplication of my principles.

It all started with the flight in to Delhi at 3:40am. I remember associating the aerial view with an entangled mess of Xmas tree lights spread out after taking them out of storage. The dimly lit universe was shrouded in faded yellows under a translucent blanket of smoke from the home-lit fires used for warmth and cooking.

Once I passed through customs and exchanged my dollars for Gandhis, I stepped over the threshold and allowed myself to be washed over by the wave that is India.

Before traveling to India, I suggest you research the history of the city, which hosts many world sites: Moslem, Hindu, and Mughal architecture, as well as sacred stairwell all laced underneath turmeric colored dust clouds. Don’t leave the city without trying a roadside chai and some street food, especially the condiments: relinquish all fear and don’t be afraid to try new things! Make sure though to bring oregano oil capsules as Yogi Aaron suggests as they can protect against harmful organisms and aid in digestion.

I also suggest taking walks by yourself to smell and touch the ever-changing terrain as you slowly experience the altitude changes in the Himalayas.  However, you must also make sure to drink plenty of water to stay hydrated and bring electrolyte tablets as I experienced a severe case of dehydration, which I was able to beat in Rishikesh after visiting to a friendly Ayurvedic doctor.  In addition to an opening of cultural awareness, one can also expect a life-long change to their spiritual connection and yoga practice after traveling to India.

Go without expectations and an open heart!

I urge you not to get in the habit of comparing India to anything else you have experienced in the past. You must suspend yourself in order to be mindful and present in India: let go of Western cultures and experiences so that you can create your own perspective.

When you go to India, you will learn certain idioms that are linked to different asanas that will allow you to cultivate a new inner dialogue for yourself. I found that I was able to see more unification between the mental and physical aspects of yoga.

One of my most profound experiences was a meditation session we had on my last night in a former deer garden where Buddha himself had once held a sermon. The moonlit landscape created an amazing environment for Yogi Aaron to lead us towards a more tranquil state of mind.

The dividends stemming from my past two India trips lie in the ability to gain eternal wisdom just by catching glimpses of daily life and movement in India.

Devotional life is built upon the foundation of two key building blocks: compassion and contentment.  I hope that all of you that go will be able to utilize the perspective you gain in your professional, romantic and recreational lives.

May you have a blissful trip! 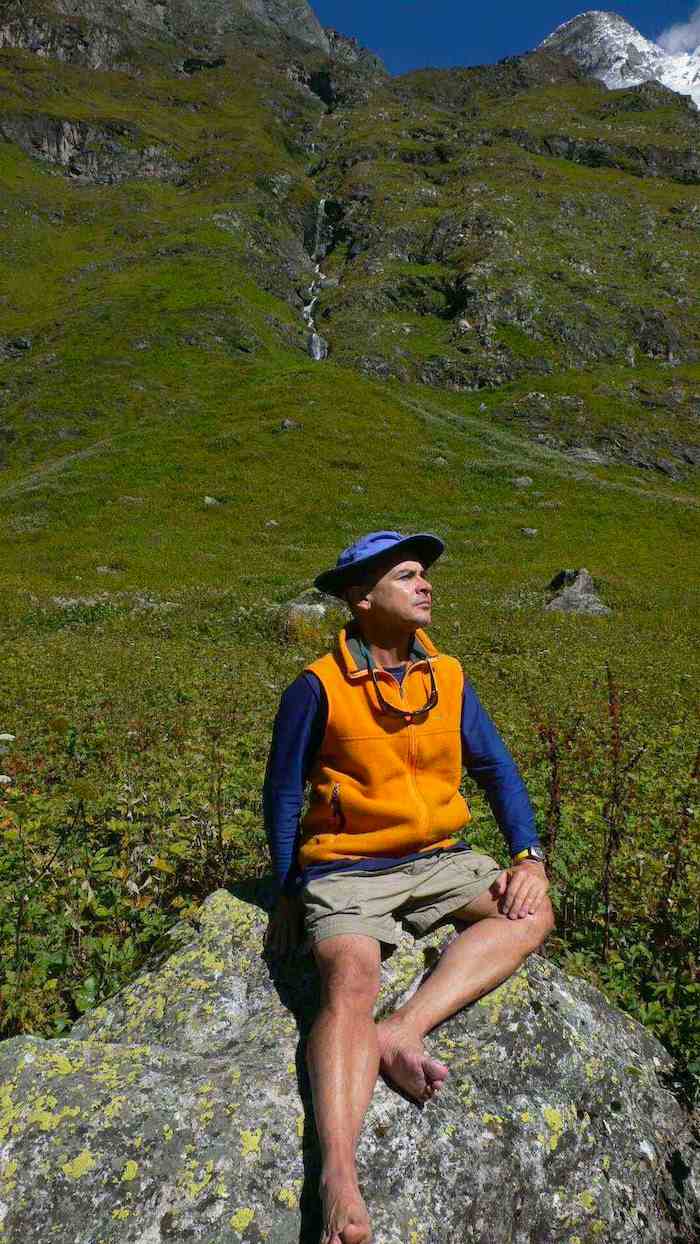 Born in Havana, Ramiro A. Fernandez has developed his life’s work around his unrelenting affinity for photography. He was a photo editor by training, working for Time magazine until he retired in 2006. Since then he has continued to work as a volunteer photo editor for the Americas Society in Manhattan, which works to strengthen relationships amongst all the Americas through education, debate, and dialogue. A collector as well as an editor, Fernandez’s archive is quite possibly the largest accumulation of Cuban photography in the world, capturing the island’s history throughout many decades. Fernandez’s two published works showcase his vast collection of over 3,000 vintage Cuban photographs. I Was Cuba was published in 2007, and Cuba Then, was just released this past April 2014.

Check out these articles for more information on Fernandez’s latest hit:
Cuba on My Mind: Book Spotlights Ramiro A. Fernández Collection
Looking back at Cuba and the Lower East