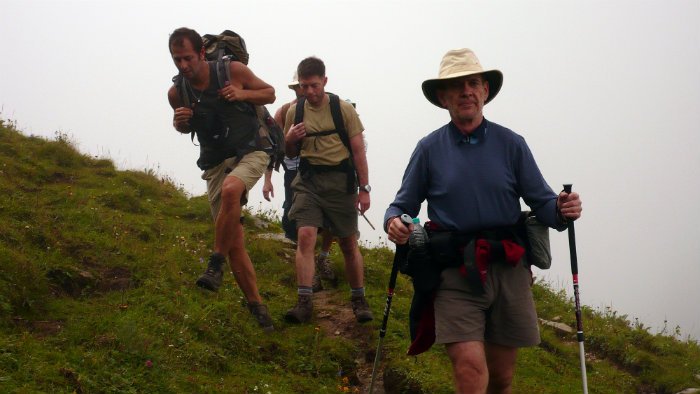 Even now, almost seven years later, I cannot articulate why I decided to travel to India.

Traveling to India was never on my “have to go there” (or even “want to go there”) list of places to visit.

My knowledge of India, its people, and its culture was superficial, and not overly compelling. There were other places—Japan, Machu Picchu, Florence—that called to me. But when I saw the ad on the yoga studio website, something called me to find out more. I spoke with Aaron to both gain an understanding of the trip, and to ask whether I (then 57) would be up to the challenge. With this information in hand, there was no decision to be made, only preparations.

I understood that this trip would require not only physical, but mental, emotional, and spiritual preparation as well. I completed every one of the readings that Aaron assigned. I joined a gym. Two days a week my trainer took me through agility, flexibility, strength, and/or a cardio regimen. At least one additional day a week I trained on my own. I continued my yoga practice and deepened my spiritual core.

A cacophony of noise. Smells, not all of which were familiar. Language I understood, and language I did not. Yes, it is true; there were cows resting on the islands in the highway of New Delhi, and standing in the lane in front of us. Our drivers also shared the road with motor scooters, fume-spewing diesel trucks with “HORN PLEASE” painted across their tailgates, horse-drawn carts, and three-wheeled tuk-tuks. Two lane roads would suddenly have three or four or five lanes of traffic, and just as quickly settle back down to two. Wealth was visible among the passengers in the terminals, and many of the cars waiting for them outside. Poverty was visible everywhere I looked. I felt both excited and overwhelmed.

Over many years of practice, I have learned to adapt quickly to new environments, as well as to other changes in my life. By the time I woke up early that first morning and began to explore I knew that I was falling in love with India. It was/is a world apart from my own in so many ways. Yet it is also a welcoming world. I think that falling in love with India snuck up on me, like falling in love is so adept at doing. I recall moments now that drew me in then.

Discovering the bakery in Rishikesh that brews real coffee, and enjoying my coffee and croissant as a snake charmer entertained pedestrians on the stairs below my window. Seeing the children in their school uniforms walking along the road. Watching the saffron-robed boys laughing and giggling as they ran across the bridge spanning the Ganges. Being greeted on the trails with “Namaste” and a bow as we passed total strangers whose lives would never touch ours again. The ever-present scent of incense at the temples. Each of these moments drew me deeper into a world that embraced me fully.

In September it will be seven years since my return. For me, some things have changed while others have not. India was a catalyst for deepening my spiritual self. I continue my early morning practice of Yin yoga, followed by a prayer ritual that includes 108 repetitions of the Gayatri Mantra; I use the mala that I bought in Gangotri. I am still at the gym, though less often…and all these years later I am still training with Mitchel. I continue to work at letting go of the material things that tend to own us, and at giving joyously of my experiences so that others can learn from them as well. The catalytic effect of India really helped to bring the various selves that are me into alignment. I find myself—more often than before I went—having a sense of equanimity in who I am and how I live my life. 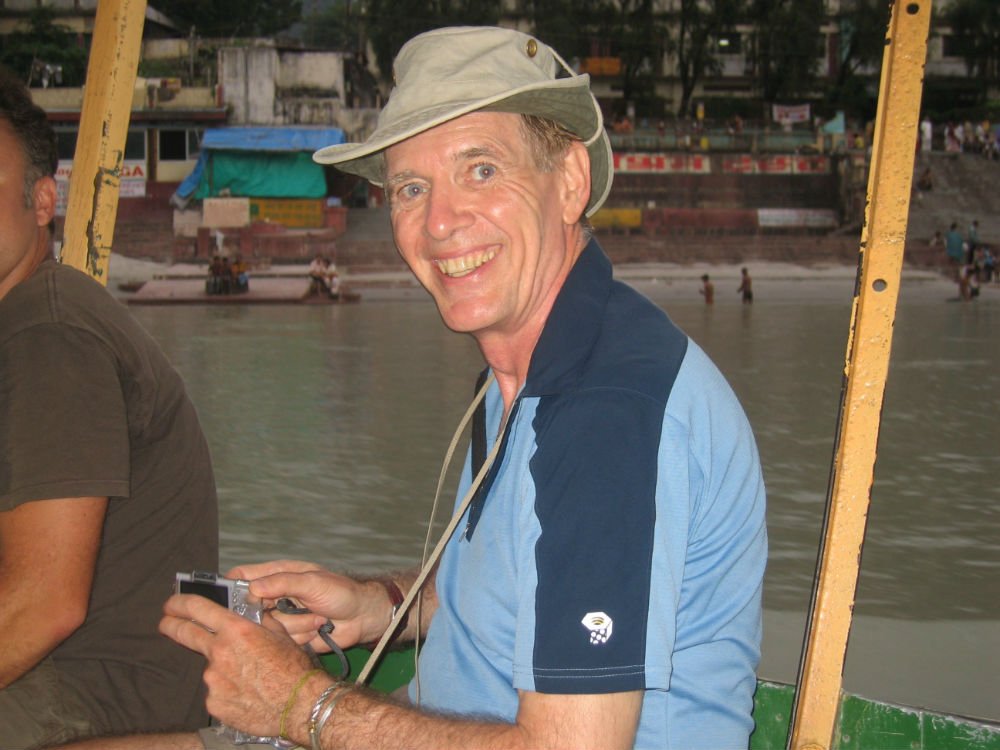 Prepare. Plan. Practice. Study. Nourish and care for and develop your physical, your spiritual, your mental, your emotional beings. And then let go, and be in India.

Brian is a creative professional living in Hoboken, New Jersey. Among the things that keep him busy having fun (and earning a living) are photography, design, and writing. As a freelance photographer, he focuses on portraiture that reflects the diversity—and shared humanity—of the LGBTQ community; a piece from his fine art photographic project Bodyscapes: Exploring the Male Body as Landscape is in the permanent collection of the Museum of Fine Arts, Houston. Brian’s recent design work has included the creation of a new consulting approach for a strategy execution firm out of Atlanta, GA, the editing and layout for various eBooks, and the development of support materials for keynote speeches. He has served as an editor and ghostwriter for blogs, speeches, and white papers. Brian is a single Dad.