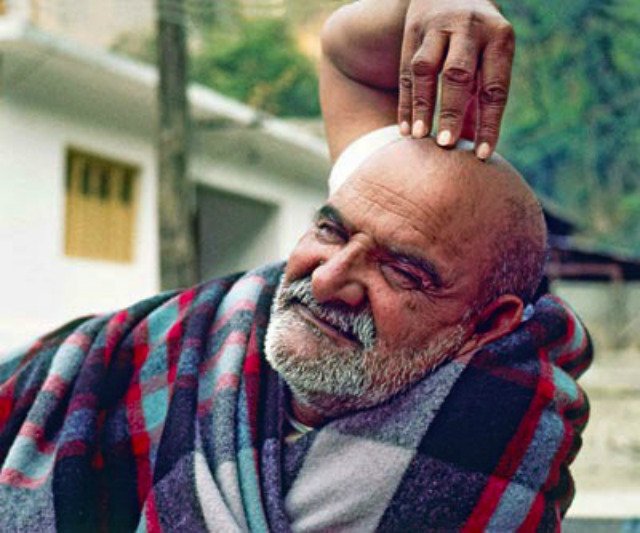 As a kirtan wallah and Indian classical musician who has been immersed in the culture and music of India for 35 years, I had made plans on many separate occasions to visit India. Each time, some seemingly insurmountable obstacle would present itself. While in college, I had made a point of studying the Hindi language so that I would be able to speak with my music teachers. I also of course expected to travel to India during that period of my life. Yet for decades, my dream of going to India seemed altogether unattainable.

Finally, this year, my beloved Heather and I were able to make a pilgrimage to Kainchi Dham, the temple and ashram in the Himalayan foothills where the great saint Neem Karoli Baba (also known as Maharajji) spent so much of his time before he left his body.

Heather had experienced a vivid dream in which Maharajji had told her – in a phone call from India – that it was time for us to come to India. And this time everything seemed to fall almost effortlessly into place for this journey. Among other things, our dear friends Rick and Char Frires, who had hosted us for kirtan in Cleveland for many years and who had often gone to Kainchi themselves, took care of nearly all of the considerable logistics involved in staying at the ashram.

We believe that part of the reason that Maharajji told us to come this past May was to ensure that we could meet with Siddhi Ma, a wonderful saint – now in her late eighties – who had been his disciple for decades. Recently she has been cutting back greatly on appearing in any public capacity. Because of the timing of our pilgrimage, we were able to have several darshans with her, as well as leading kirtans every afternoon – followed by sitting with Krishna Das to sing eleven repetitions of the Hanuman Chalisa.

A number of devotees of Neem Karoli Baba who had been there at the time that Ram Dass made his now-famous pilgrimages there, and had known Maharajji while he was still in his body, were there with us. And during one of our darshans with Siddhi Ma, she gave us names that were perfect reflections of our spiritual aspirations; Heather received the name “Parvati” and I was given “Vishnu Das” (servant of God).  We felt unimaginably blessed. 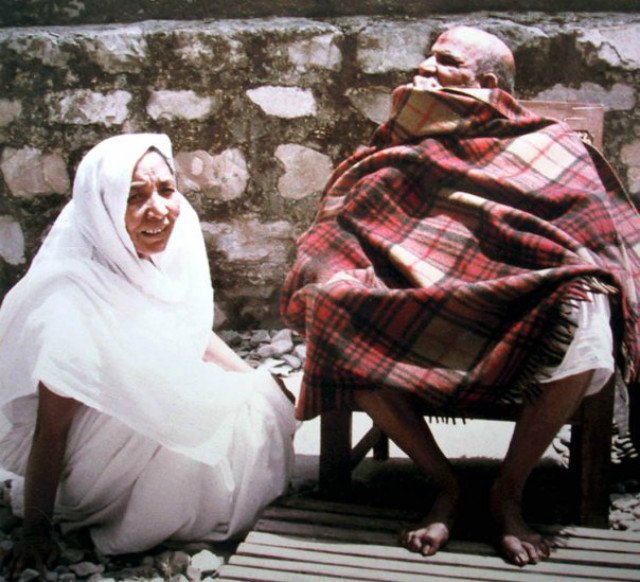 It was like being altogether outside of time and space, simply swimming in and simultaneously drinking from an un-ending current of unconditional love, devotion and connection.

Connection… Ah, yes.  I had come to understand connection (“yolking,” to use the etymologically-related cognate to “yoga”) as the ultimate goal of yoga, even as far back as my initial introduction to Naada Yoga – the yoga of sacred sound and vibration that lies at the heart of Indian classical music – at the feet of my teachers over three decades ago. Back then, I did not even have an awareness of what most people in our culture identify as yoga – namely asana. Of course asana is an exquisite – albeit comparatively  recent – aspect of the practice of yoga, and it was through my unfolding discovery of Hatha yoga that I was guided to kirtan fifteen years ago. The practice of kirtan is, to my mind, an extraordinarily powerful melding of Naada Yoga and Bhakti Yoga … my favorite translation of Bhakti Yoga being “the Yoga of complete surrender to Love.”

This sense of deep connection and coming home greeted me nearly immediately as we landed in Delhi. It was as if myriad seemingly disparate threads of my life story were finding themselves being woven into a beautiful tapestry that felt absolutely right. Though almost unimaginable crowding, poverty, pollution and hardship surrounded us in Delhi, I had a palpable sense of belonging and – once again – connection.

As we arrived at Kainchi Dham, this sense of connectedness deepened even more. So many things there – the chanting, the arati ceremonies, the pujas, the darshans with Siddhi Ma – invited me into devotion, into sadhana, ultimately into my own true heart. Each day, the soundtrack at the ashram was the constant repetition of the Hare Krsna mahamantra, being offered by incredible kirtanwallahs at the temple entrance from five in the morning until ten at night. The power and yearning I felt in their voices drew me inexorably into a principle of Bhakti I had heard about for years but never fully experienced: it is in the yearning for connection to the Absolute that the connection is forged. 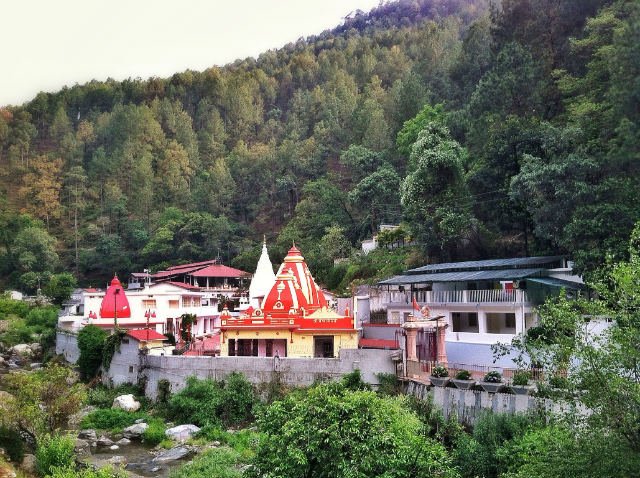 Today, months after our return from India, the power and meaning of our time there seems to become ever clearer. When we lead kirtan in the West now, it feels as if we have been infused with a deep sense of the limitless Love offered to us, if we can just open our hearts to it. We have been recharged at what feels like a cellular level. My desire to delve ever deeper into the practice of kirtan – and invite others into these sacred waters with us – feels like the service I am meant to give … indeed, my very reason for being here.

My pilgrimage to India has fed me at the deepest levels, and it has added tremendously to my most heartfelt prayer: May I be led always toward a clearer understanding of exactly how I might best serve in this life. And may each and every one of us come to know our true raison d’être … following the lead of our optimal mode of service – our svadharma – to lift each other up in love, and to honor that Consciousness that created the miracle that surrounds us and inhabits every breath we are given.

He began his musical studies at age five, starting with piano and later violin, flamenco guitar, and Afro-Cuban percussion. Benjy has been a student of Indian classical music for over 25 years, sitting with some of the greatest masters of that tradition, including Alla Rakha, Zakir Hussain, Ali Akbar Khan and Z. M. Dagar. Along with the Grateful Dead’s Mickey Hart, he was a contributing composer and member of the Zakir Hussain Rhythm Experience. Trained in audio engineering at San Francisco State University, Benjy is also very much in demand as a producer, engineer and studio session musician.

For over five years, Benjy scored music for the internationally syndicated NBC series Santa Barbara, and his CD Circle of Fire went to #1 on the international New Age radio charts in 2002. Making his home in Portland, Oregon, he now tours internationally with his wife Heather in the kirtan group Shantala