Experience a unique yoga vacation package unlike any other.
Get Started
Home › Our Stories › How I Accidentally Became Brave

How I Accidentally Became Brave

What is bravery, exactly? How do you boil it down to a phrase that inspires other humans to ask for what they want out of life?

Leaps of faith. Bravery to me represents the small leaps of faith I took one at a time, and when I looked back, an ocean existed in between me and the person I used to be. 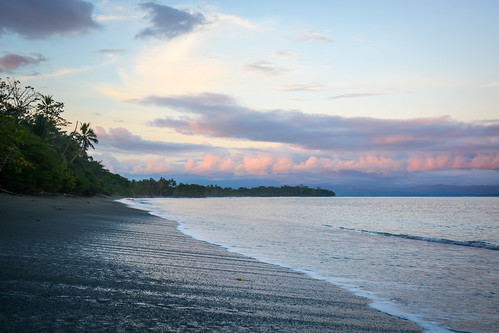 My Biggest Leap of Faith to My Present Life

That requires a few major leaps of faith.

For me, not seeing the outcome or the next step is the most difficult part. The next leap usually materializes at the last minute; just enough context to continue on.

I currently live in an eco-yoga resort in Costa Rica, 30 seconds from the beach, in the jungle – it’s own little slice of paradise. I consult them as a part of my job, teach yoga, and have a handful of other clients I do similar work for.

To arrive where I am today felt like the natural adjacent step in the path. Like it would be crazy to not take the next step, and it would probably burn in my skull until I tried.

I would not recognize the woman I used to be three years ago. She identified herself in her partner of six years, a partner that was completely opposite of her. While this can be a good thing, she believed because she was not like that partner, she was boring. Lame. Weird.

Today I look around, coffee cup in hand, lush green jungle, positive yoga community, and think, “How in the HECK did I get here?”

It was from that first leap to leave a broken relationship that I met the brave me. And I liked her. 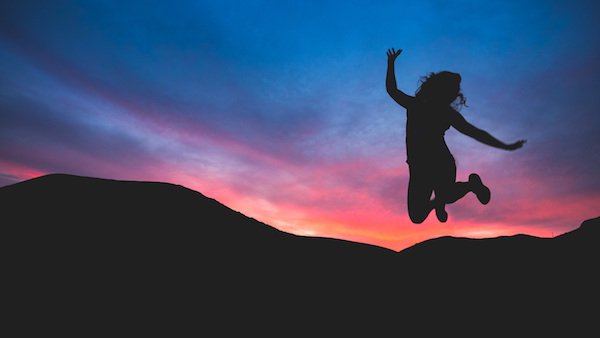 The Accidental Leap of Faith Moment

Fast forward. I healed. The brave me found a new, healthy relationship. He was German and we planned to live together in Europe. But, because the Universe and long-term visa office decided against it, we were forced to move in different directions. Germany for him, and for myself… I had no idea.

All I knew is that I was not ready to move back home to Minnesota. I left Denver, my home for the past 10 years, to move to Europe. All the things I hadn’t already given away were in storage. I had this rare gift, this small window in which to crawl through and make my dreams a reality. If I was brave enough.   The problem was, I had no idea how to take the next leap of faith. Devastated, I did what most millennials do. I wandered about aimlessly in the Google machine. I dragged my feet in no one direction and googled everything from Ashrams in India to writing from home as a job.

After a day or so I stumbled upon a website called YogaTrade. There were dream-type positions all over the world; I salivated over teaching on the beaches of Thailand or the jungles of Panama.

Then I saw it. Blue Osa. An opportunity to write AND teach yoga. Together. In Costa Rica. In the jungle AND directly on the beach. I was speechless. 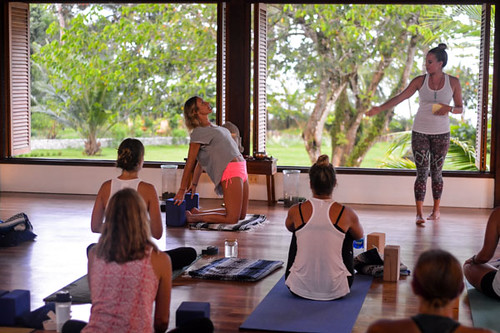 The ad was from several months in the past, and I nearly convinced myself not to apply. Thankfully, I remembered a quote a friend had about job searching. She said, “Why take yourself out of the running before they can? Let them decide. At least, you know you tried.”

So I wrote a long, gushy cover letter email.

As soon as I lifted the sails into the Universe, it was an easy flow back and forth. Emails, skype interview, and it was decided. I remember I danced after I hung up with chills down my spine. I could feel it, this was my adventure.

After a month of jungle posts, I received comments from friends back home. They used words to describe me that never crossed my mind. Brave, exciting, amazing. With questions that started with, “How the heck did you end up there?”

I realized it was because I listened to the burning requests in my mind. The thoughts that cling on and don’t let go. There is no way I could do that.

The heart always wins out. It’s not bravery, but listening to the beat in your bones. The incessant thoughts run madly in the mind. What would happen if you didn’t try?

What would happen if you didn’t try?

When you take one faith leap at a time, the kind that is just scary enough but small enough to wrap your arms around, that’s the sweet spot.

Fear Will Always Be There – ‘Brave People’ Just Utilize It More

Fear stops us from doing many things. That’s why we call people brave that try new things. Try living in another country. Try creating a job. Try falling in love. These things are impossibly scary and overwhelming if you take the time to worry.

Afraid of what others with think. Afraid of how you’ll judge yourself. Afraid of looking stupid.

Those worries can burn little spots in your brain if you let them. There will always be things in the way or an overwhelming checklist. When you let all that go, when you allow yourself to be lead by that gut feeling, that’s when the magic happens.

Just like the sun rises every day and the tide rolls in, there is something that tells your gut what works and what doesn’t. If a job is right for you, or if a partner is wrong for you.

So let in the magic. Let the Universe guide you to the next amazing space that waits for you.

Then you can be accidentally brave.

The beauty exists the moment you set down your coffee cup and realize you’re exactly where you’re meant to be. 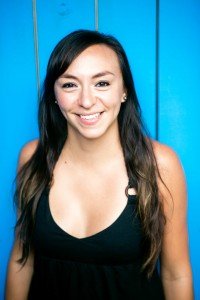 Azahar Aguilar was born in Mexico and raised in Minnesota. She’s a culture-holic wanderer, international yoga instructor, writer, and content marketing consultant for creatives and healers. She worked at Blue Osa Yoga Resort + Spa in Costa Rica during the first half of 2015. Read about her travels through 28 countries and counting on Leap of Faith Life, find out more at AzaharAguilar.com.