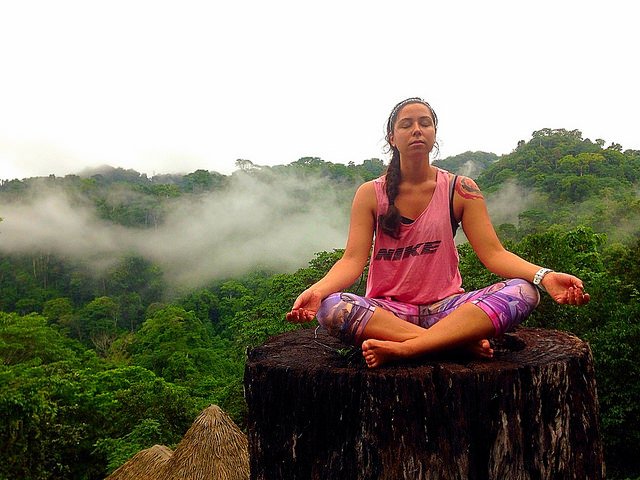 Costa Rica is beautiful, but it does get criticized for being too touristy for some. Tourism is huge in Costa Rica – 2015 saw over 2 million tourists, breaking a record for the country. That’s half their entire population! While the most popular beaches are filled with foreigners and lined with impersonal resorts, it’s actually not too hard to get off the beaten path and find those hidden gems in Costa Rica with a little research. I’ve made it easier by doing the research for you, first hand! Here are my favorite alternatives to five of Costa Rica’s most touristy hot spots.

Off-the-Beaten-Path Destinations in Costa Rica: Where To Go Instead Of The Touristy Places 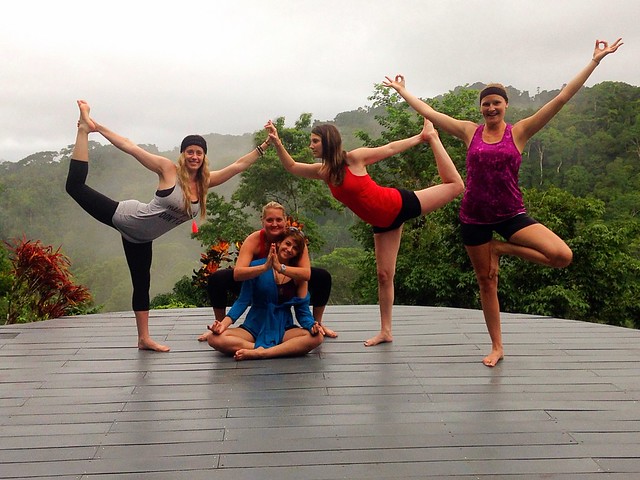 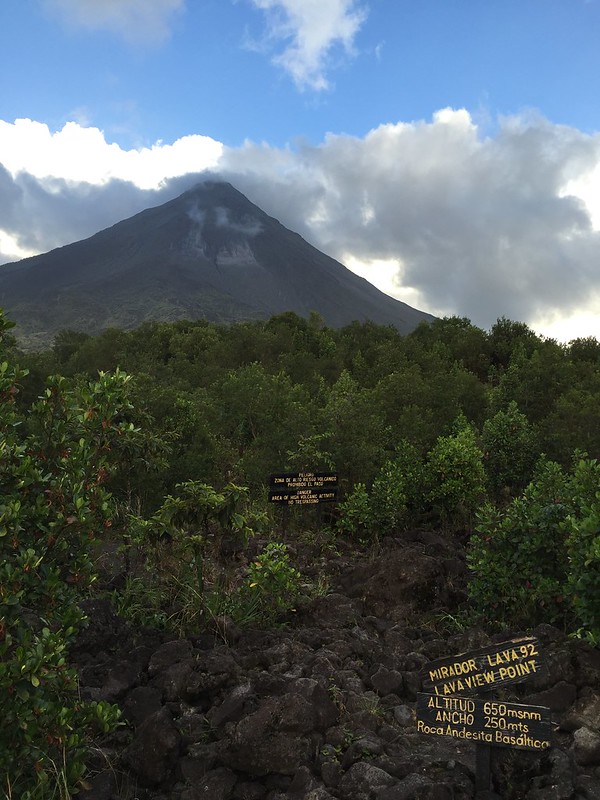 La Fortuna is a medium-sized town located at the base of the majestic Volcano Arenal and not far from the big Lake Arenal that powers most of the country. It’s also reasonably close to the famed cloud forests. La Fortuna is known for being a great spot for exploring volcanoes and some of the country’s most astounding rainforests, as well as a place to embark on adventure tours. But if you’re looking to beat the crowds, small neighboring towns are a better option for people who prefer to have access to these natural wonders away from the crowds. Or, you can come right down here to the Osa Peninsula and take advantage of our wonderful, crowd-free adventure tour opportunities.

El Castillo sits about 45 minutes from La Fortuna, and the drive there is bumpy, along a treacherous unpaved road filled with potholes, which steers a good amount of people away. However, those who take the harder route are rewarded by one of the most serene and beautiful little rainforest towns in Costa Rica.

El Castillo is right on the expansive Lake Arenal, right on the edge of miles and miles of primary rainforest that lead to Monteverde, and from many parts of the town you have better views of the volcano as well. It’s the perfect middle point between some of the country’s most famed natural destinations. It’s a small community with fewer amenities than La Fortuna (only a couple restaurants, one bar, no supermarket, and no ATM), but it makes up for that in charm and hospitality. It’s also a base for tours that are perhaps more authentic and less expensive than those offered in La Fortuna, such as horseback riding, kayaking, waterfall hikes, zip lining, volcano hikes, and more.

Instead of Jaco, try Dominical… 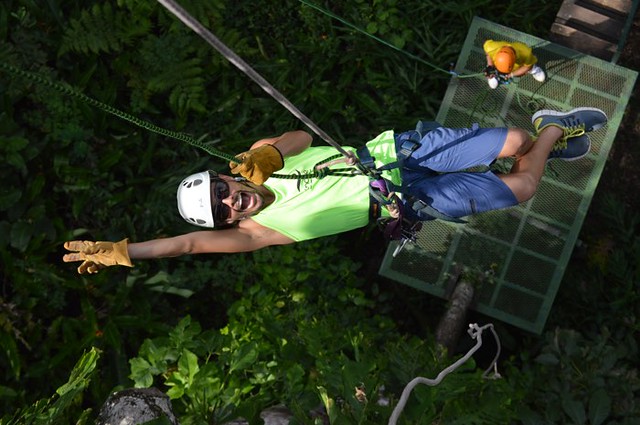 Jaco was once a little beach paradise for surfers and yogis but has since exploded into a major tourist destination filled with more foreigners than locals, chain restaurants, and a higher crime rate than quieter, more relaxed beaches nearby.

Dominical is south of Jaco, and it’s a lot more of a quiet surfer paradise. It sees enough tourists to offer some tours, yoga, and your basic amenities, but not so many that the pleasurable aspects of the town have been ruined. It’s also a short drive from Uvita, Costa Rica’s “whale’s tale” beach, which is also lovely. 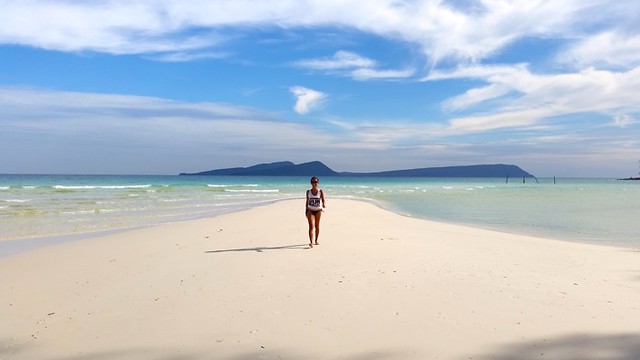 Instead of Puerto Viejo, try Cahuita or Manzanillo…

While the entire Caribbean coast is generally far less developed than Costa Rica’s Pacific coast, and you won’t find any sprawling all-inclusive resorts along the beaches anywhere, Puerto Viejo is a bit of a party town. It’s a dream for many backpackers, and the town is filled with delicious international cuisine and beach bars, but if you’d like something a little quieter, there are plenty of options nearby.

North of Puerto Viejo lies Cahuita, a very, very small town with a fantastic beachside national park. Cahuita National Park has some of the Caribbean’s most idyllic beaches, best snorkeling, and great hiking as well. To the south of Puerto Viejo lies Manzanillo, a sleepy afro-Caribbean town with great seafood, coconut rice, and a large natural reserve that’s teeming with wildlife. You can easily bike to Puerto Viejo from either of these locations, and the beachside road has a few other lodging options along the way in places like Playa Cocles.

Instead of Tamarindo, try Montezuma… 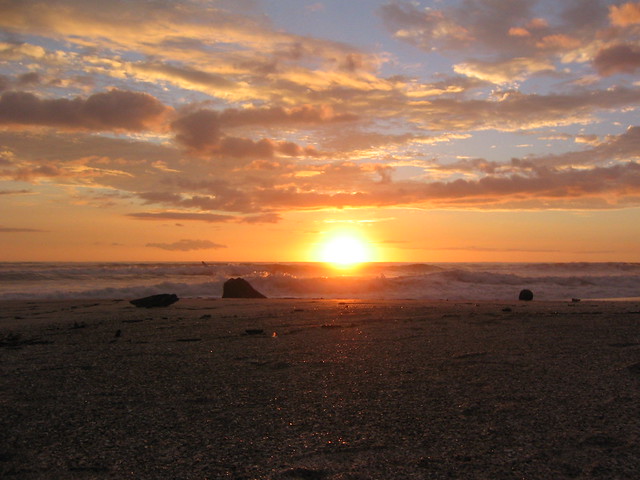 Tamarindo is often mockingly called “Tamagringo” for a reason – this is another party beach that’s filled mostly with foreigners. If you want to bar hop until 4 am and find yourself some burgers and beer pong in Costa Rica, Tamarindo is the place to do it.

However, if you’d like something a little more laid back, Montezuma on Costa Rica’s Nicoya Peninsula is a wonderful option. While it takes a little longer to get there, the beaches are lovely and lined with cliffs and mountains of lush jungle. The town itself is small but active, a mixture of youthful hippie types from Costa Rica and abroad, and a brief drive from the more lively (and posh) beach towns of Santa Teresa and Malpais.

Instead of Manuel Antonio, try the Osa Peninsula… 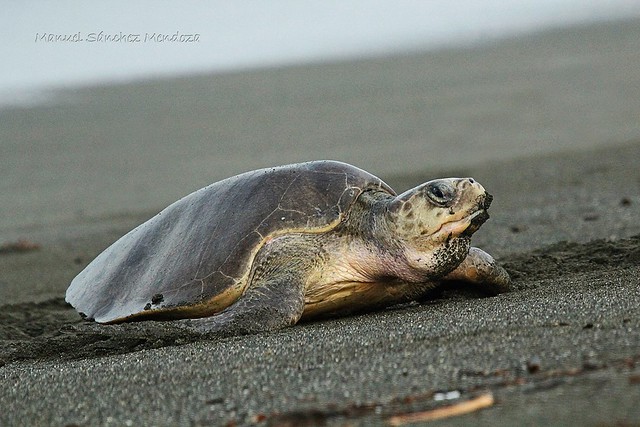 While Manuel Antonio is one of Costa Rica’s top tourist destinations, Manuel Antonio National Park is a fantastic place to see wildlife, and it’s also got a couple pristine, uncrowded beaches within its grounds.

If you want the wildlife and the pristine beaches without the rows upon rows of restaurants, bars, and hotels, check out the Osa Peninsula instead. This is, hands down, the best place to see wildlife in the entire country of Costa Rica – or perhaps anywhere. The tiny peninsula holds over 2.5% of the wildlife in the entire world, making it one of the most biodiverse places on earth. The peninsula is very rural, and you’ll find much of its coastline to be so quiet it’s like having your own private beach. Corcovado National Park is also on the peninsula, and it’s known as one of the best national parks in the world.

Thinking about coming to the Osa Peninsula? Make your reservation with us here at Blue Osa today, and we’ll show you around!

Come See The Osa Peninsula For Yourself!

Elizabeth Aldrich is a lifelong traveler and freelance writer specializing in arts and entertainment, travel and lifestyle, and finance and business writing. She’s written for outlets as varied as Rawckus Music & Arts Magazine, Credit Karma, Sweden Tips, and Engadget. Elizabeth has a knack (read: obsession) for finding the best deals, travel hacks, and hidden gems everywhere she goes, which she blogs about at Temporary Provisions. You can find her playing the urban romantic in NYC, downing Stumptown coffee in her hometown of Portland, OR, or retreating from the madness in the rain forests of Costa Rica. To see more of her work, visit her at www.elizabethaldrich.com.