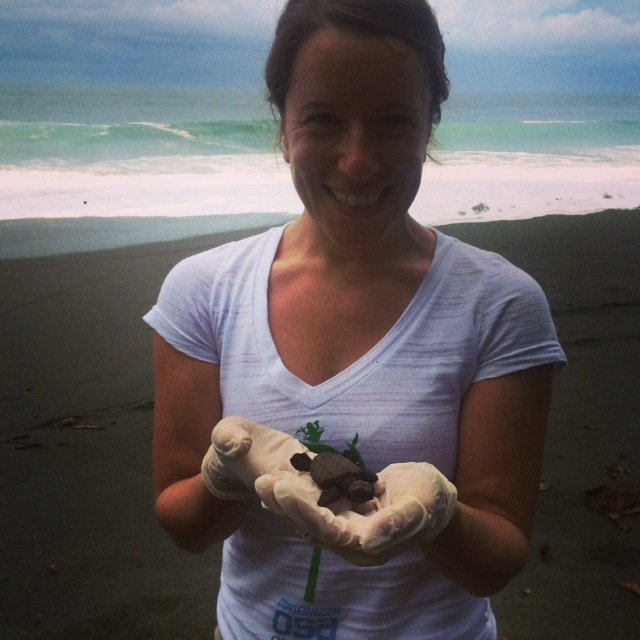 I met Manuel in the darkness of the jungle, at a turtle preserve on the Osa Peninsula in Costa Rica. I had officially begun my sea turtle rescue vacation.

He was leading the night patrol, in search of sea turtles and their nests, as part of the Sea Turtle Conservation Program in Carate. I joined a handful of volunteers, following Manuel on a muddy trail through jungle overgrowth and rivers to arrive at Piro y Pejeperro beach. It was already a full moon by nine o’clock and it lit up the coast for miles.

Before splitting up the volunteers, Manuel explained our mission: to find mama turtles or their tracks as they trek across the sand from the ocean to dig a nest and lay their eggs. Once we found tracks or a turtle we were to record information about their time, place and species.

Doesn’t this sound like the best sea turtle rescue vacation ever?

Before I arrived in Costa Rica, I knew nothing about sea turtles. I only knew that they were threatened or endangered.

And I wanted to help save them.

For years I’d thought about taking a volunteer trip. But with precious little vacation and an exhaustive list of adventures to indulge, I never found the right combination.

That is until I stumbled upon Blue Osa.

Not only was it an eco yoga retreat, miles from modern civilization in an underdeveloped part of the country, they also connected guests with wildlife and adventures within the broader Osa community. I was ecstatic to find out that Blue Osa featured a package which included yoga and volunteering with the turtle conservancy. It was kismet; I threw down immediately. 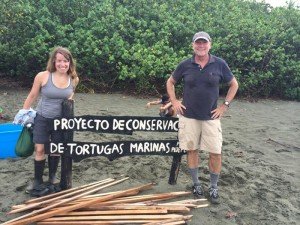 Three weeks later, layered in dark clothing and rain boots with a red light headlamp, I had a National Geographic worthy encounter with an Olive Ridley turtle laying her eggs.

Manuel had grown up protecting sea turtles, emulating his father who had also been a guardian of the turtles. Patient and disciplined, he carefully guided me within inches of this beautiful primitive creature as she used her back flippers to dig a deep chamber in the sand as a repository and nest for her eggs.

The Sea Turtles tremendous effort was instinctual, deliberate and independent. When she went into labor, what Manuel called a trance state, we could touch her and check her health. This was by far the coolest thing I’d ever seen or done. As she laid her eggs (about 50 – 100) we recorded the number of scutes on her shell, scales on her head and her length. At 61 centimeters long and average weight, all signs indicated good health. Upon delivery of her final egg, her body released and went still. Exhausted, she fell into a little nap.

I named her Frieda, for her extraordinary creative work, and then left her to pack up and go back to sea.

The next morning we met up with Manuel again, to see the conservancy’s hatchery. When a nest is too close to the ocean and is in jeopardy of being swept out to sea, the eggs are excavated and incubated in the hatchery nearby. There were about 10 nests within, containing over 5000 eggs total. Manuel explained that temperature plays an integral part in the gender of the turtles.

To ensure a balance, half of the nests were under shade resulting in male turtles and half were in the sun producing female turtles. In the previous two days, about 35 turtle babies hatched and as luck would have it, we had the chance to release them back into the wild. It was like graduation day, as we cheered them on and took pictures as they adorably shuffled down the sandy beach. Pausing at the water’s edge, they had a moment to anticipate what may await them. Then the waves came crashing over as they flipped and fluttered into their new world.

I can’t thank Manuel or Blue Osa enough for allowing me to be a part of this sea turtle rescue vacation. 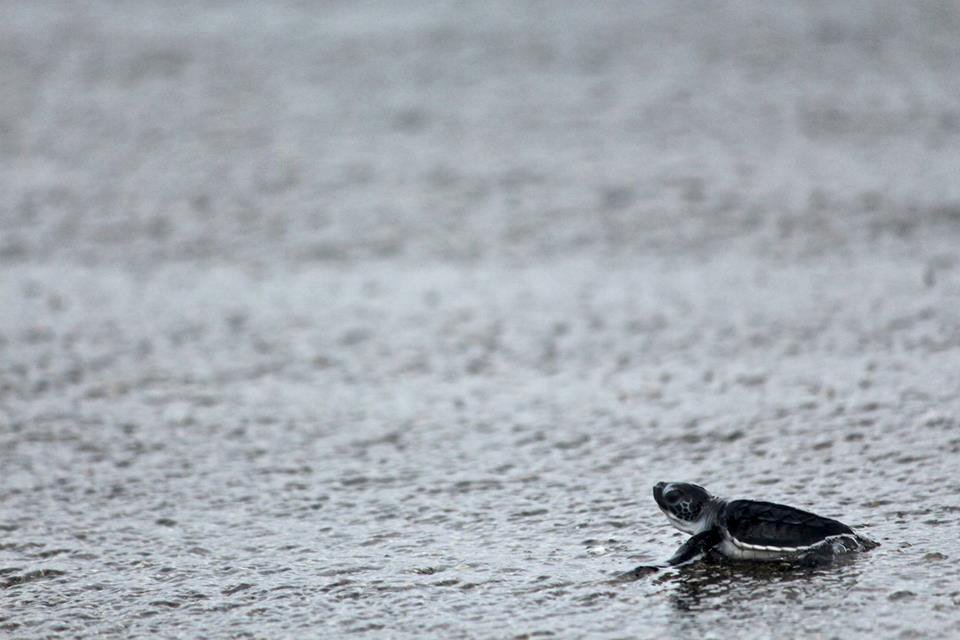 I could feel my heart expand watching over these turtles. I was ensuring their safety in vulnerable moments and participating in a specie’s continued existence.

The work of the Osa Conservation is special and imperative. It’s reassuring to know that someone like Manuel is looking after the turtles, as their dedicated guardian angel. And that others like myself are welcomed to learn and connect in such a meaningful way. 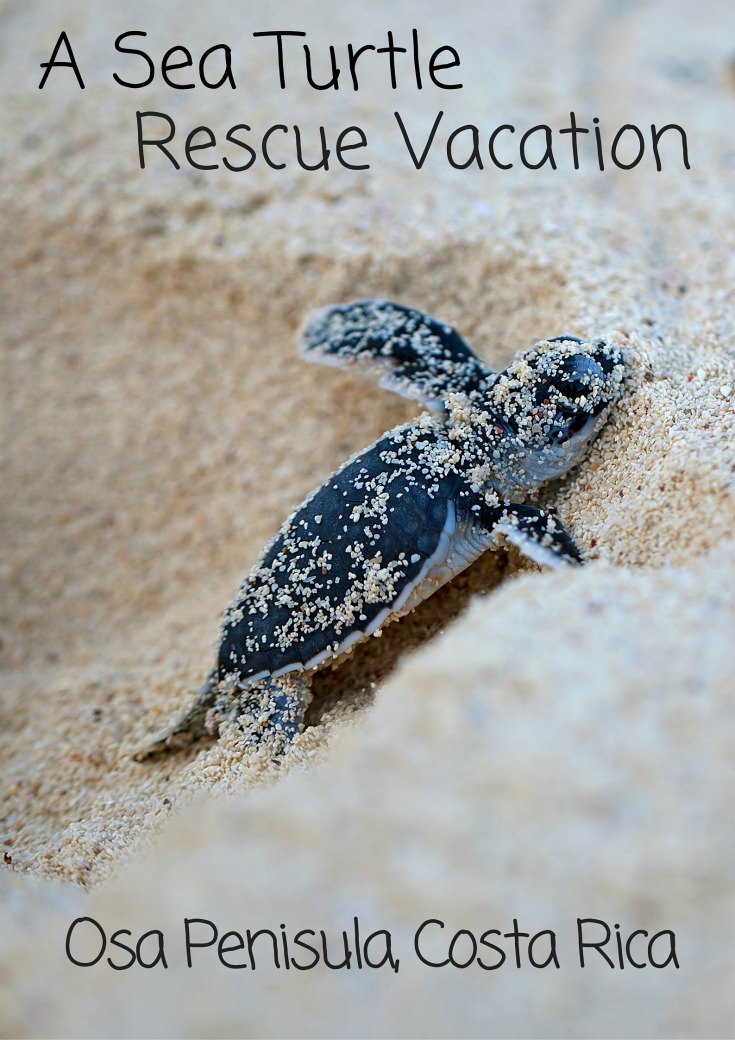 Learn More About Saving The Seat Turtles With Blue Osa!

Save The Sea Turtles On Your Next Vacation To Costa Rica