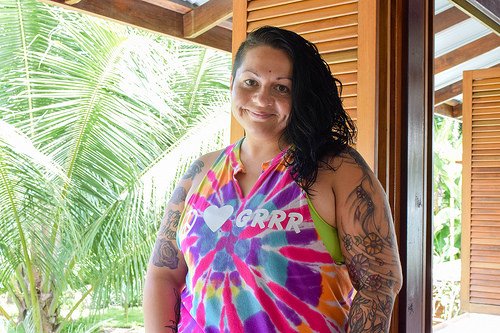 VaniDevi recently completed her 300 hour yoga teacher training at Blue Osa, and her story of why she started practicing yoga is truly inspirational.

As a young woman in the US Army she suffered Post Traumatic Stress Disorder (PTSD) and had all but given up on life, until she discovered yoga.

As she puts it, “I am so grateful I found yoga, it really saved me and gave me my life back.”

I sat down with this incredible woman to find out more.

How Yoga Saved My Life! An Interview With VaniDevi 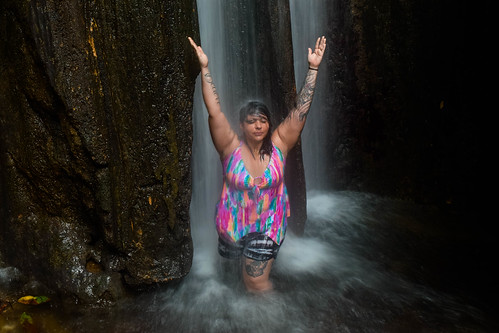 Why did you decide to join the army?

By the age of 23 I had bought an idyllic house complete with a white picket fence, had a stable and well paying job working in the casino business and was completely independent. From the outside my life looked pretty great, but something was missing and I felt unfulfilled in my heart.

Then one day I saw an ‘Army Strong’ television advertisement and was immediately inspired, feelings of excitement and joy washed over me and I was filled with determination to make it happen. At that time the thought of getting into the army brought a sense of hope back into my life.

So aged 27 I met with an army recruiter and had the harsh reality check that in order to be accepted I would need to lose a significant amount of weight and pass a test that included algebra, something it turned out I had completely forgotten. Soon after I was laid off from my job which initially devastated me, although I soon began to realise it was the opportunity I needed to allow me the time I needed to work on these things.

I began preparation in earnest and after almost a year of hard physical training to meet the weight requirement as well as re-learning algebra I finally passed the tests and was accepted into the army. My father had been in the army and warned me against it, but my mind was made up, this was what I wanted to do.

The next step was six months of bootcamp where they turned me into a soldier, and AIT where they taught me how to do my job, I was accepted into the military police corp. After this I was sent to Germany, where I would spend the next four years.

During my time in Germany I endured serious traumatic events that led to me suffering severe PTSD, and so the army medically retired me and I returned to the US. 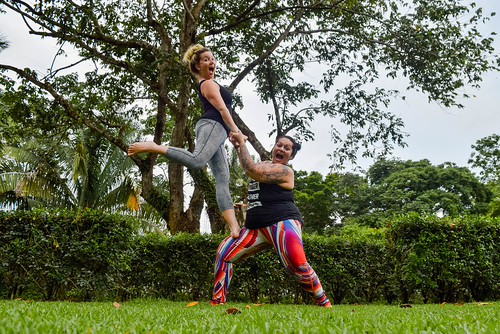 I returned home at 32 years old and it was a huge adjustment in all aspects of my life. I went from being a soldier to a civilian, from living in Europe to America, and of course the effects of PTSD.

At this point I was on so much medication that I was seeing and hearing things that weren’t there, was in and out of psychiatric wards, and couldn’t take care of my most basic survival needs.

I moved back in with my parents as I couldn’t function on my own, even a seemingly small task like going to the store to get shampoo seemed impossible. Every time I tried to leave the house I would find myself standing at the door unable to move, frozen with fear of what might happen to me.

I was an adult who could only leave the house if my mother came with me and held my hand because I was so scared of everything.

How did you find yoga?

I was seeing a therapist weekly and still on medication, but I felt numb and knew I couldn’t live that way. I felt that I had no purpose in life and nothing to live for.

I didn’t know what to do, so I began googling cures for PTSD and came across information about the benefits of practicing yoga and meditation. I had practiced yoga but didn’t understand what it was really about and thought of it as just a form of exercise.

I saw videos of a woman helping veterans improve their quality of life through yoga and meditation, and found out that she had studied at the Sivananda Ashram in the Bahamas. Immediately I knew I had to go there, I had no idea how I was going to make it happen, just that was where I needed to be.

200 hour YTT Sivananda in the Bahamas

Out of the blue I received an unexpected cheque in the mail for an amount that exactly covered the tuition cost and my flight to the Bahamas, once again the universe was giving me a sign that this is what I needed to do.

Attending this Yoga Teacher Training (YTT) course was one of both the hardest and most beautifully rewarding things I’ve ever done for myself.

Since returning home from Germany my mind had been filed with questions – why everything had happened, why it had happened to me – I was searching for answers. Through learning about the philosophy and yogic way of life these questions were answered, and I found a sense of peace I had thought impossible.

I learned that I needed to feel, previously I had been so numb I had felt like a robot so this was a huge change for me. It was a spiritual rollercoaster and yet exactly what I needed, after the month of training I felt like I had a mission, a purpose, the will to want live, a desire to fight for myself.

Despite this, months after returning home I had fallen back into the numbness and negative thoughts, and essentially convinced myself that I wasn’t good enough to teach yoga. But this was conflicting as I loved yoga and everything it was doing for me, I wanted yoga to be a focus of my life.

I knew that my work wasn’t done and I should continue my education. 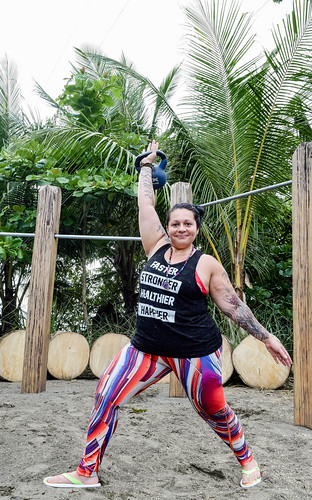 I decided that I wasn’t going to give up my dream of teaching people what I was so passionate about, I knew the potential practicing yoga offered and that if I continued the path of yoga I would keep healing myself. I also saw the bigger picture that by me healing myself I would be able to help so many others.

Around a year after returning from the Bahamas I travelled to Costa Rica to attend another 200 hour one month immersion, this time with a focus on Prana. This training had profound effects on me and completely changed my life.

After this training I gained my independence back, moved into my own apartment, had confidence and belief in myself and began teaching classes, essentially I found my voice.

Yogi Aaron empowered me to see that the world needs what I have to offer, he saw the potential in me and guided me so that I could see it as well.

For me personally a reason I chose Blue Osa was that Yogi Aaron was a man and I recognised that I needed to have a positive example of a male in my life. I am happy to say that not only is Yogi Aaron a huge positive male role model for me, but that we are also now close friends.

I knew I wanted to go on to complete my 300 hour training and as soon as I saw Yogi Aaron offering it I signed up.

I have now finished the 300 hour one month immersion which has taken my knowledge and understanding of yoga to a whole new level, and helped me grow even more on my journey of healing and self discovery.

After completing 700 hours of yoga training I feel ready to bring together everything I have learned and live my life purpose of helping other wounded warriors.

Now I see myself as a warrior goddess driven to thrive in life, and with my powerful voice I will help others live the life of their calling! 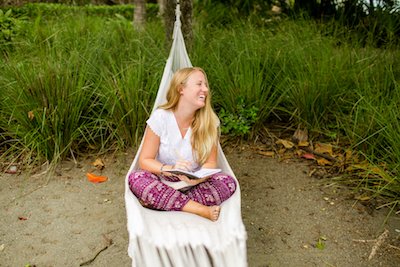 Raised on a farm in Australia Emma went to boarding school in Sydney where she also attended university and then worked as a commercial lawyer. A few years ago, after what she refers to as her “quarter life crisis”, she quit her job and moved overseas to travel the world and hasn’t looked back! Her love of yoga took her to study in Rishikesh India, and later to Blue Osa as a volunteer. A lover of the great outdoors her other passions include horse riding, scuba diving, hiking and skiing.
Keep up with Emma’s global adventures here.

3 Comments on “How Yoga Saved My Life!”

Think You're Ready For A Yoga Teacher Training?

We’ve put together a list of the top ten questions to ask yourself before signing up for a yoga immersion experience to help you get the most out of this life-altering experience.