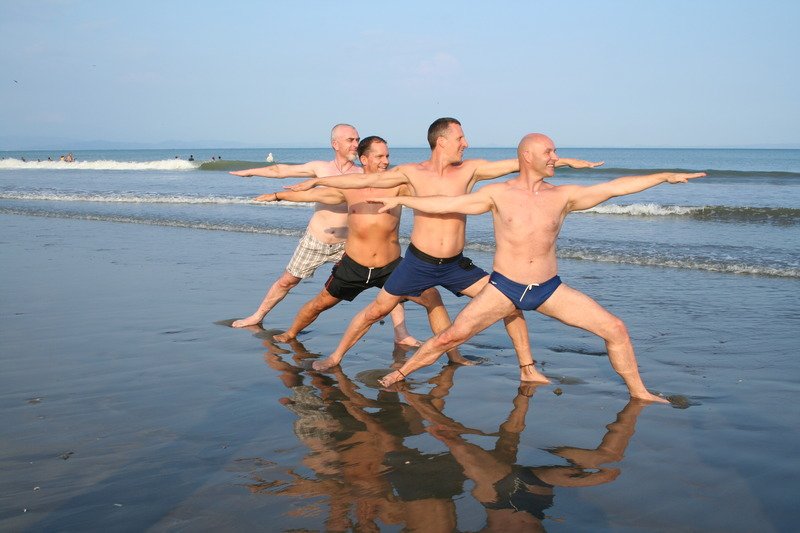 A men’s yoga retreat. The idea had been brewing for a long time.

Honestly, I was also surprised that I was one of the first to offer all men’s yoga classes. There seemed to be this huge and unreasonable stigma attached to men doing yoga. Because of this stigma, I made the decision to start a yoga class exclusively for men. 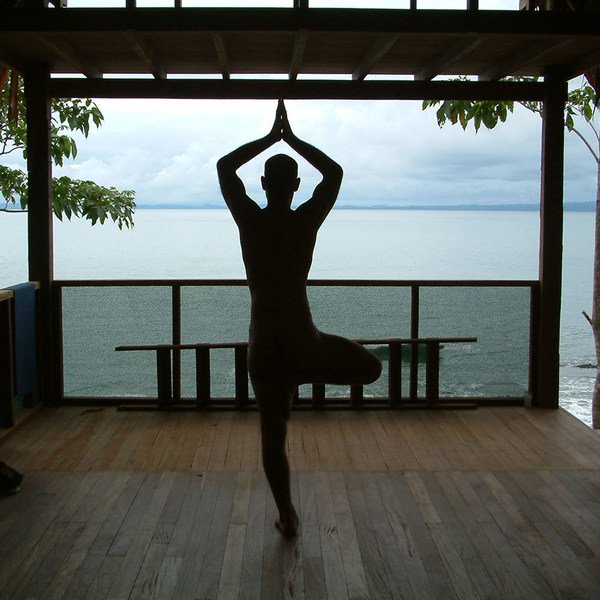 I remember my first time leading an all men’s yoga class.

The yoga space itself was magical. It has beautifully restored wood floors and enormous north-facing bay windows where we could glimpse empty office and factory buildings–spaces that would come alive again the next day as people returned to work.

In the distance, the Empire State Building provided an incomparable Drishti, a focal point for our practice. 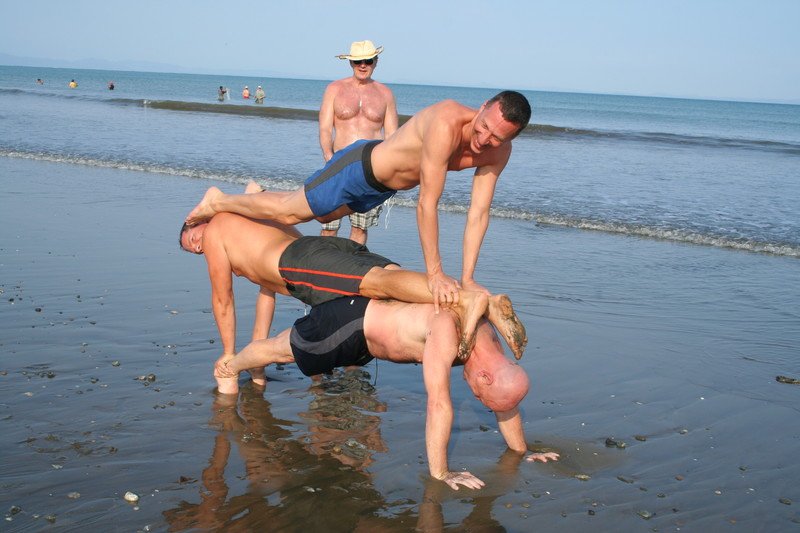 My friend signed in the students on the street below.

As he sent the students up one by one, crowding into a small elevator to come to the 10th floor, I waited in the studio. Alone.

I was so nervous and wondered, “Is this going to be a complete failure? What if nobody shows up?”

And then I did what any well-trained yogi would do: I rested in Savasana until the moment class began.

But when I rolled over and sat up, turning to face the class, I saw 18 eager faces looking back at me.

The Beginnings of Leading All Men’s Yoga Classes

That was the beginning of a 10-year teaching journey of teaching men’s yoga classes.

I have personally taught a lot of yoga over the past 30 years. For me, there is nothing more special than a room full of focused men.

Each of our classes began in a comfortable seated position, chanting “OM”. The resonance of “OM” filled the space. We would sit for a few minutes of silence. 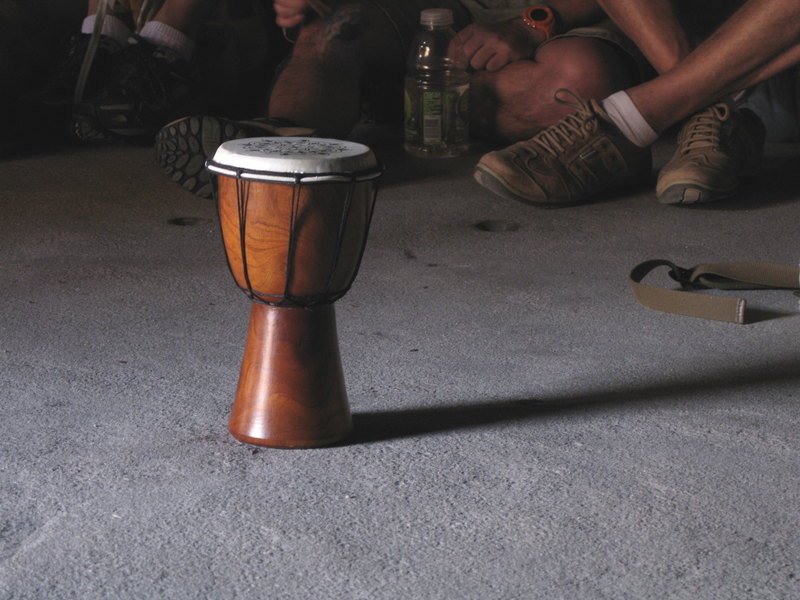 Typically we discussed an aspect of yoga philosophy. After a small talk, we established an intention for our practice. This intention setting helped to form a community based on higher ideals and set the tone for the evening.

One day, many men within our community wanted to extend the class experience over a more extended period. Because of their interest, I set out looking for the perfect location for a weekend retreat and found it in the mountains of Upstate New York.

I found the space and promised we would bring 20 people; 46 attended that first retreat.

In short order, The Memorial Weekend Men’s Yoga Retreat became an institution within our community. Men came from around the world to participate.

Memorial Weekend gave us all the chance to act like kids again. They came to reconnect with themselves and one another during the men’s yoga retreat.

As we held our final sharing circle each year, it was not uncommon to hear remarks such as I had no idea I would have this kind of experience. I had no idea so many caring and generous people would surround me.

One day the idea came to me to go international. 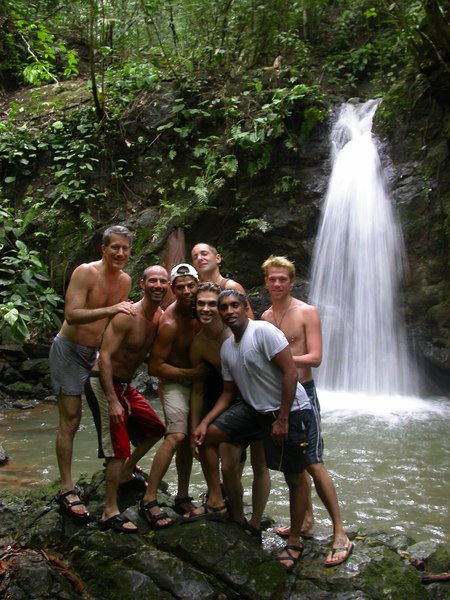 Men’s yoga retreats became the backbone of our yoga community.

Yoga retreats allowed us to pause and, literally, breathe together–to provide space to be mindful of precisely what provides meaning in our lives.

For me, teaching and leading men’s yoga retreats also opened a world of travel that I’d dreamed of for as long as I can remember–and revealed a universal truth to me, time and time again.

We were all looking for the same thing.

It did not matter if men were from the USA and Canada to the UK and Germany, Korea, and Japan.

We are all looking for kinship.

We all want to love and be loved. 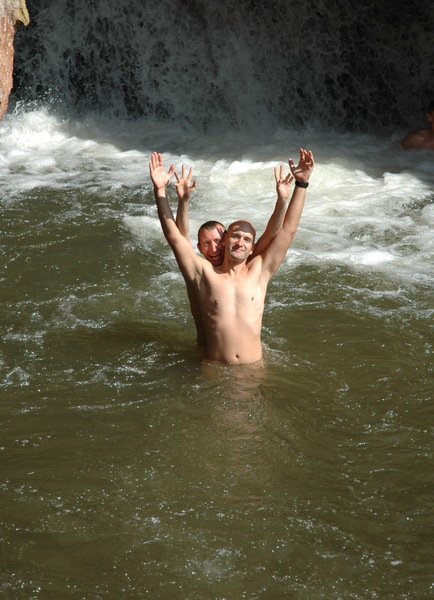 With time, I had become friends with one of my students in Australia. He had joined me on some retreats to Thailand, Bali, and Costa Rica.

Some years later, Steve came to Blue Osa, and I asked him, “Why did you come on all those retreats?” He responded,

“The men’s yoga retreats were about the community and friendships that you created by bringing like-minded guys from all around the world to share a moment in time. All the men shared the love of yoga, and the experience of beautiful cultures and places.”

After opening the Blue Osa Yoga Retreat, I met John Cottrel and Bryan Harrelson. Together, we began to host men’s yoga retreats at Blue Osa. 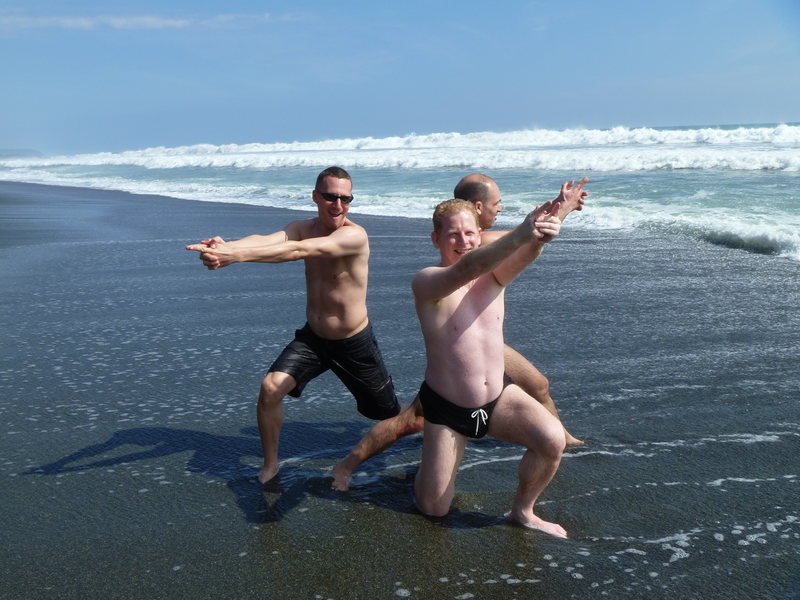 “The retreat attendees were also welcomed by the humid air, cloud-spotted blue skies, the luscious grounds, the impeccable food, and the menagerie of furry friends.

All the men here were ready to unplug from their regular lives to recharge their hearts, minds, and spirits. 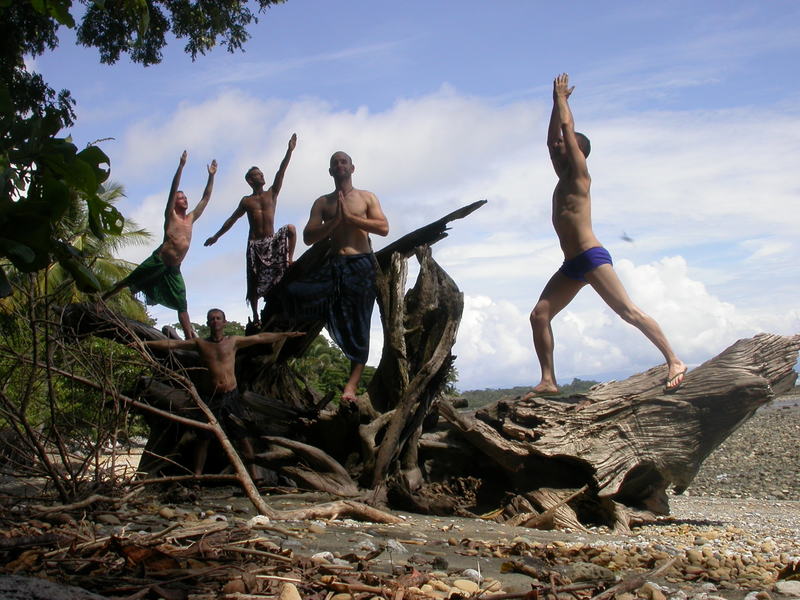 As an instructor, I was most impressed by the nineteen gentlemen who choose to show up for this yoga experience.

They came from all corners of the globe. Some of the men were from the beautiful coastal city of Portland to the southern state of Florida.

The men came from the Canadian city of Toronto to the southern countryside of France.

It did not matter from which country they were from or which ethnicity they were.

The Men Came from All Over the World with Open Hearts

These men showed up with open hearts.

They came ready and willing to shed their inhibitions, dispose of their masks, and dispel their fears all to find their Truth.

They arrived on their yoga mats and dove into dharma (spiritual) talks and yoga asana, leaving their sweat on the yoga mat but leaving the ocean-facing yoga studio with smiles and a deeper connection to Self.

They experienced a positive shift and change within themselves that brought them closer to their authentic selves. 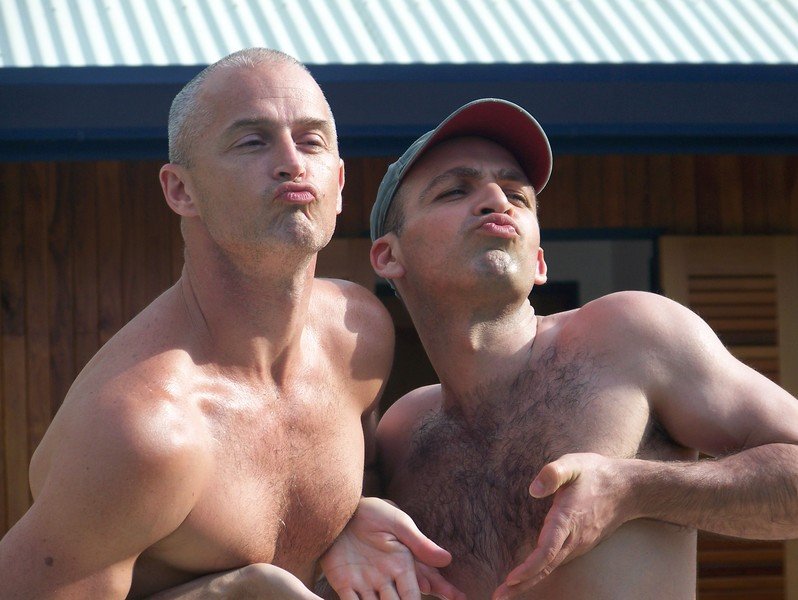 They found ways to channel their energies into expressing themselves in a free and honest way.

That’s what one can expect at Blue Osa; the absolute feeling of being supported, pampered and respected.

Under the direction of Yogi Aaron, his “family” dedicates themselves to making your stay at the resort a more than pleasurable one.

The environment during this men’s yoga retreat was a safe space for us to be authentic. In this Costa Rican paradise, we were able to explore the depths of brotherhood and what it meant to be truly alive.

Want to read the full story? Check out Autobiography Of A Naked Yogi.

Join him on a yoga teacher training.