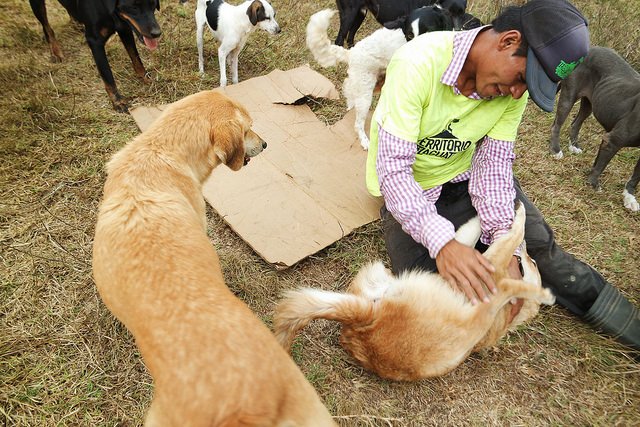 Costa Rica’s “Land Of The Strays”: An Animal Shelter, Redefined

No matter how bad your days get, coming home to a dog is always joyful. Dogs remain man’s best friend; furry companions that are so pure and full of spirit.

That’s why Territorio de Zagüates, or the Land of Strays, is the most exciting thing to happen for dog lovers in Costa Rica. A ranch turned into dog rescue sanctuary, Land of Strays has more than 900 dogs on the premises and continues to accept stray dogs. Visitors and volunteers can enjoy scenic hikes with these four-legged furry friends throughout the hills of Alajuela.

Costa Rica’s Land Of The Strays: An Animal Shelter, Redefined 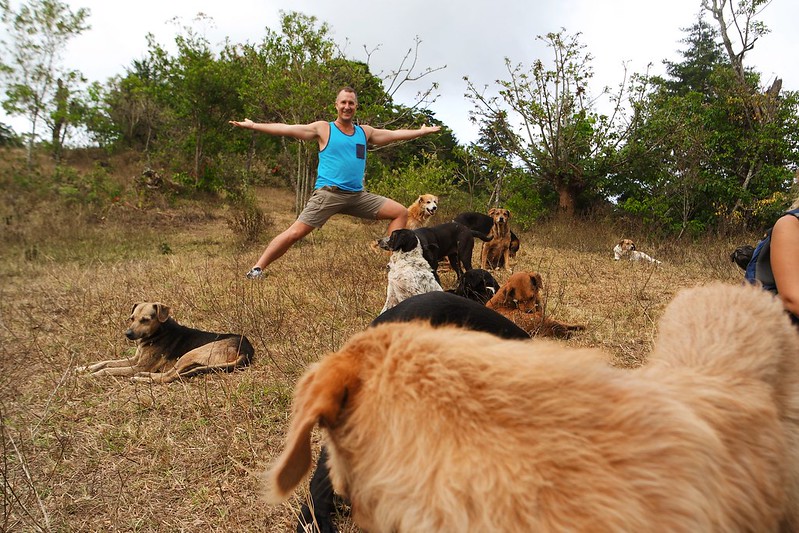 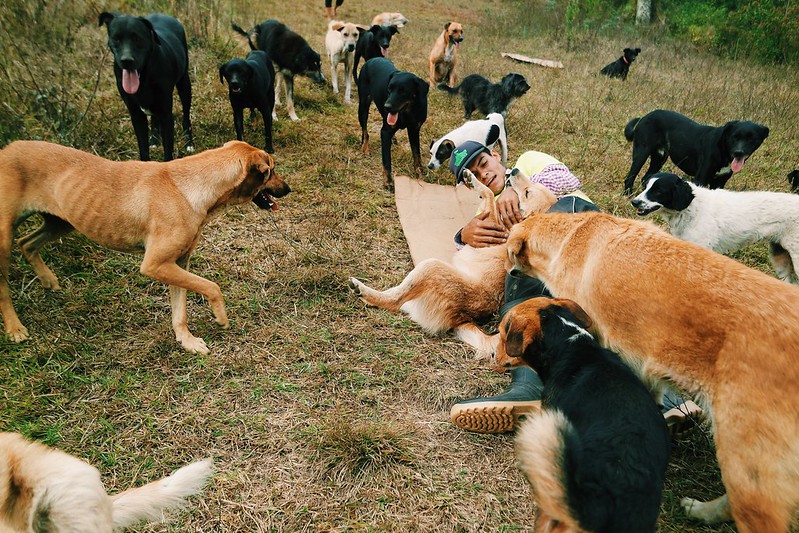 Some might consider a mini, toy, or teacup dog as a viable pet or in some cases – a fashion accessory. Others might be looking for a hypo­allergenic, non­-shedding dog to add to the family.

Labeled “Designer Dogs” by the media, pure breed hybrids are one of the latest trends to hit the dog world. While not as expensive as the famed Tibetan Mastiff, a Chinese dog breed sold at $1.6 million (making it the most expensive dog in the world) – new breeds like Pomskies (Pomeranian and Husky breed mix) are still gaining pet stardom and come at a high price.

These special breeds, sometimes considered “high quality mutts” – are bred at such an alarming rate that they are beginning to contribute to the crisis of animal overpopulation. According to the ASPCA, “Approximately 7.6 million companion animals enter animal shelters nationwide every year. Each year, approximately 2.7 million animals (1.2 million dogs and 1.4 million cats) are euthanized”.

In total, there are 600 million stray dogs in the world! The overcrowding of animal shelters is so rampant, that many animals are becoming increasingly transient. In tropical regions like Thailand and Indonesia, it is common to see wild strays roaming public areas and beaches.

Not Your Average Animal Shelter 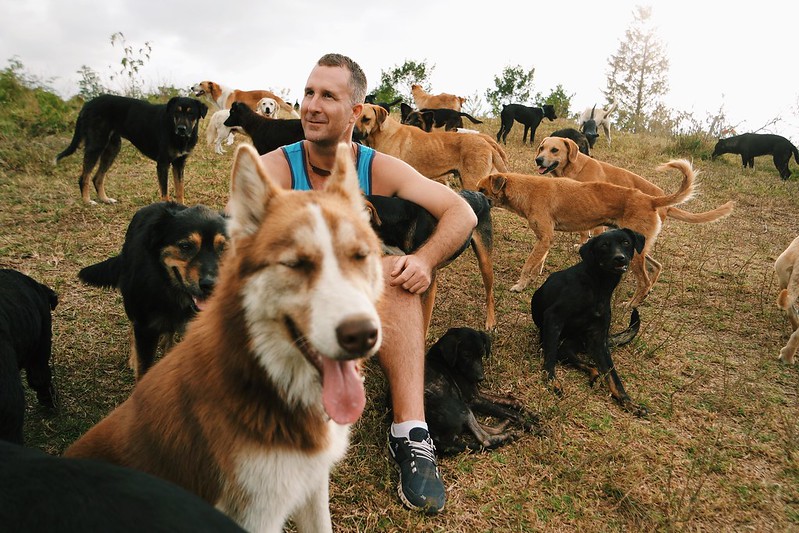 Enter the famed Land of the Strays. This Costa Rican dog haven has radically re-imagined the way homeless animals are treated. A volunteer run, privately funded, no-kill animal shelter, Territorio de Zaguates (Land of the Strays) is a veritable paradise for dogs and dog lovers alike. Offering miles of open space, lush fields, and even indoor areas for sleeping, bathing, and eating – visitors to this amazing shelter will find hundreds of dogs strolling down grassy hills as far as the eye can see. Billboards promoting their mission read: “When you adopt a dog, you adopt a unique breed”.

In fact, this dog haven, located in San Jose, Costa Rica opens it’s doors to any and all furry friends without breed restrictions. Volunteers consider mutts a “unique breed” of dogs – and have started to create their own designer labels for these new hybrids. Among the 900 adoptable dogs, you’d find “The Alaskan Collie Fluffyterrier”, “FireTailed Border Cocker”, and “ChubbyTailed Dobernauzer” to name a few. Their mission is to convince would-be pet guardians to adopt one of their unique and sometimes even one-of-a-kind breeds rather than resorting to puppy mills, over-priced breeders, or pet stores – and in the process making one less dog homeless. 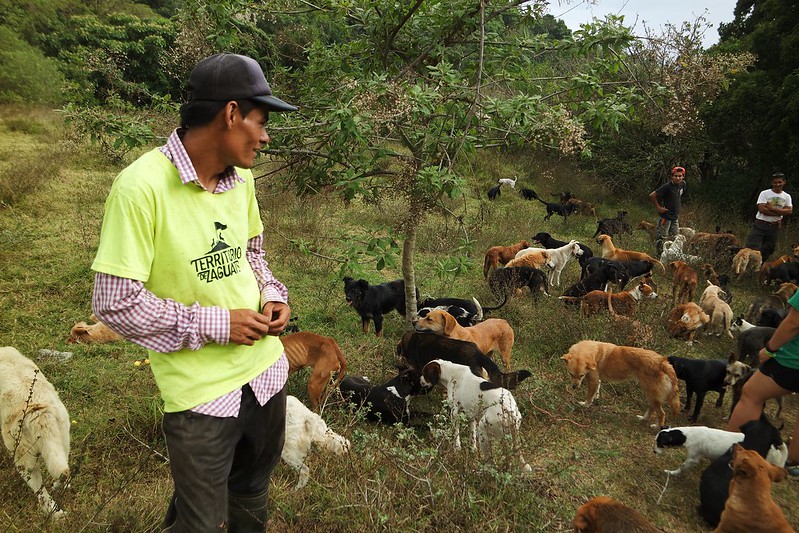 Land of the Strays owners and founders, Alvaro Saumet M. and Lya Battle B., claim it costs roughly $22,000 monthly to keep The Land of Strays running. With the help of a company named Central Veterinaria, who donates about 190 bags of dog food, Land of Strays are continuing to feed over 900 dogs. Still, Alvaro says: “we are always in dire need of food, supplies and capital.”

Janina Schan, the owner of Osa Peninsula Rescue & Adoptions, believes that we need to end the cycle of animal overpopulation and abandonment. She currently offers spaying and neutering at an extremely affordable rate. 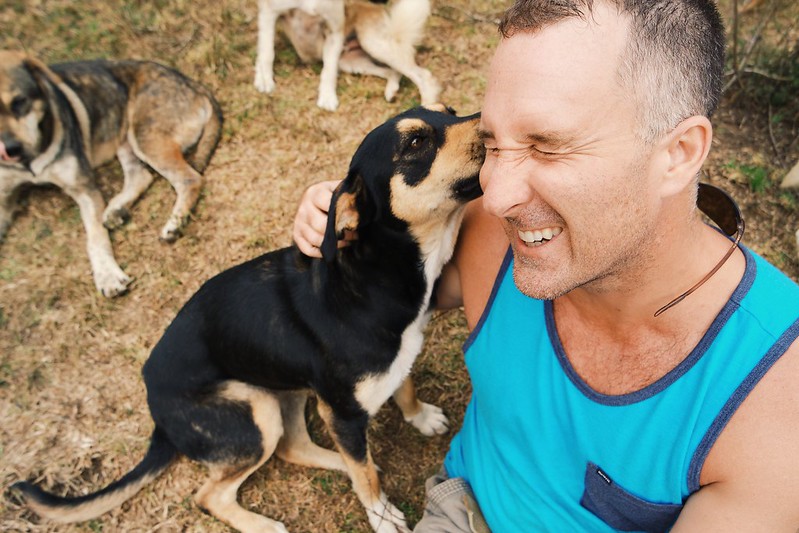 I first heard about the Land of Strays when I moved to Blue Osa to work as a writer. Upon meeting Aaron, the founder of Blue Osa, I was informed that there was a dog rescue organization that was taking hundreds of canines off the streets. It was too good to be true and we wanted to see it for ourselves.

Upon arriving, we were greeted by The Land of Strays founder and owner Alvaro. The tour began right away and we found ourselves walking amidst a sea of dogs of all sizes, shapes and breeds. It was such a surreal experience hiking with the herds of dogs, dashing in unison towards the tour leaders. We took breaks and whenever we were sitting on the grass, there were hounds and pooches approaching us for kisses, or just to keep us company. At the end of our hike, despite the sudden wave of exhaustion, I was amazed by how loving each and every one of the dogs were. But would they all find the right homes? Suffice to say, we wanted to take home as many dogs as we could. We ended up with a sweet, calm, caramel-colored pooch that approached Aaron and that was how Sam joined the Blue Osa family. Since he has arrived at Blue Osa, Sam is a happy and healthy dog who enjoys long walks on the beach but is still learning not to be afraid of the water. 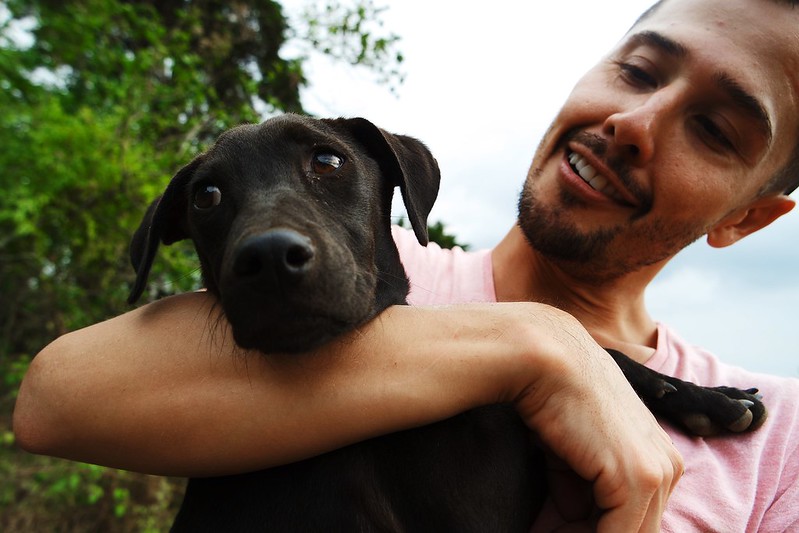 A big part of life at Blue Osa is the company of the dogs, Pete and Rama, who are always happy to greet newcomers or accompany guests on beach walks. Rama first came to Blue Osa when he stumbled upon the resort off the beach. Then came Pete and Steve, brothers that were rescued from the local veterinary.

Blue Osa has become a place for dogs and dog-lovers alike. They make people feel at home, which is exactly what the Blue Osa family is all about. “There is something special about this place. I can’t explain it” expresses a guest.

While not everyone is able to provide a loving home for stray dogs at Land of Strays, our hope is that they are just one step closer to finding a permanent family like Blue Osa’s. Adopting Sam was just the beginning of Blue Osa’s movement in animal compassion and humanity. Aaron plans on continuing to support foundations like the Land of Strays through donations and more visits in the near future- hopefully finding additions to the growing family of furry pals at Blue Osa!