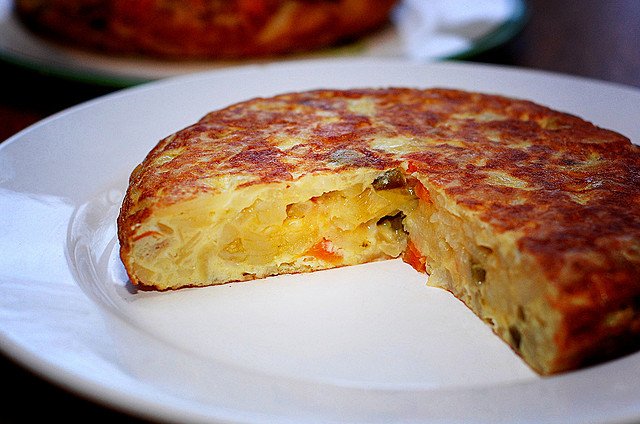 You don’t have to be a foodie to love traditional Spanish dishes. Originating in various regions of the country, some of Spain’s most delectable fares are now famously consumed throughout the world. Here are seven of our favorite Spanish dishes, whether internationally known or exclusive to Spain. 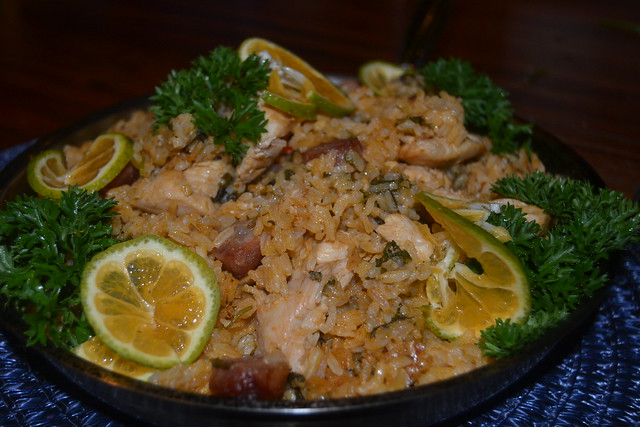 One of my favorite traditional Spanish dishes hailing from the eastern coast of Spain, in Valencia, is Paella. It’s a well-known rice dish created with a variation of ingredients. Though the traditional Valencian version incorporates a melody of vegetables, chicken, rabbit, snails, and various seasonings, the dish is primarily consumed internationally using seafood.

The great thing about Paella is it can be modified to fit your taste, so whether you prefer the traditional ingredients, seafood, or a custom flavor – go for it! We did just that in our Blue Osa kitchen; check out our farm-to-table Chicken & Chorizo Paella made with basmati rice and coconut milk. 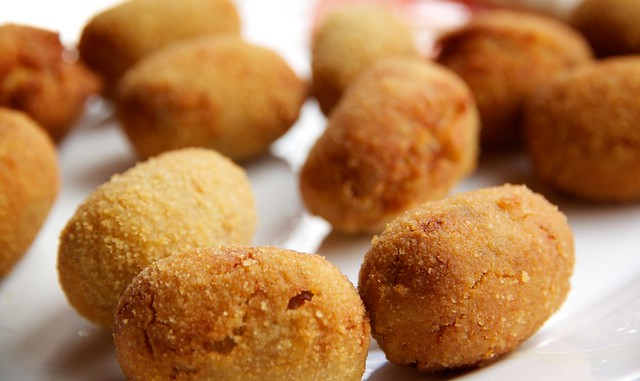 Though croquetas are adored and devoured around the world, each country has its own spin on how it’s made. The traditional Spanish dishes you find in Spain are breaded fritters made with béchamel and filled with ham, cheese, or chicken. The perfect snack, they can be found in tapas restaurants and bars. 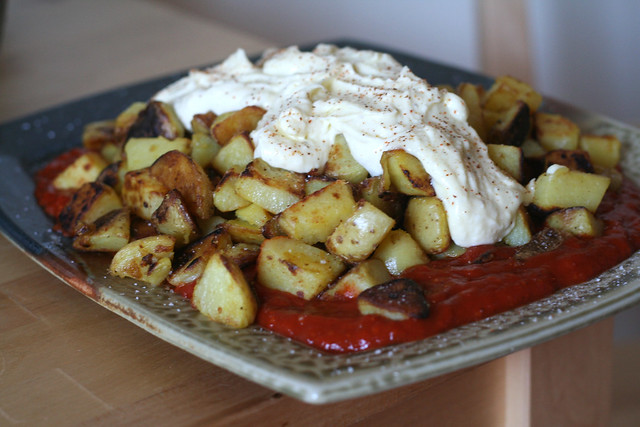 Patatas Bravas are like the Spanish version of home fries served with a spicy sauce or aioli. Uncommon for Spain, as their cuisine doesn’t usually include a spicy kick, these fried cubes of heaven are served as part of tapas and perfectly paired with beer or wine. 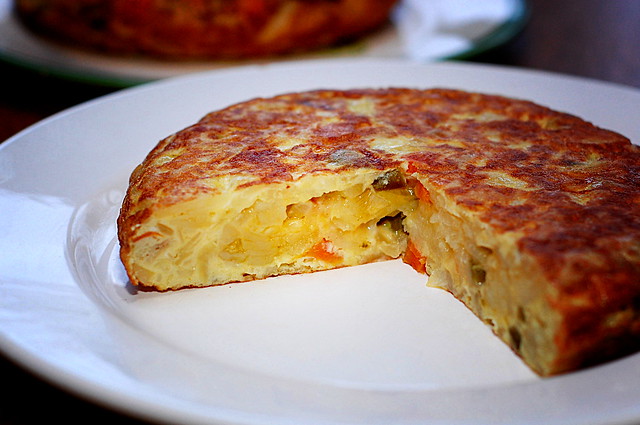 This delicious potato omelette is unique to Spain and unrelated to your typical corn or flour “tortilla”. Slow cooked in olive oil with onions and salted eggs, the hearty dish sometimes includes green and red peppers, meat, and vegetables. Enjoy as a tapa or satisfy your hunger with a larger slice, served hot or cold. Note: If you want a standard egg “omelette” for breakfast, be sure to ask for a French Omelette. 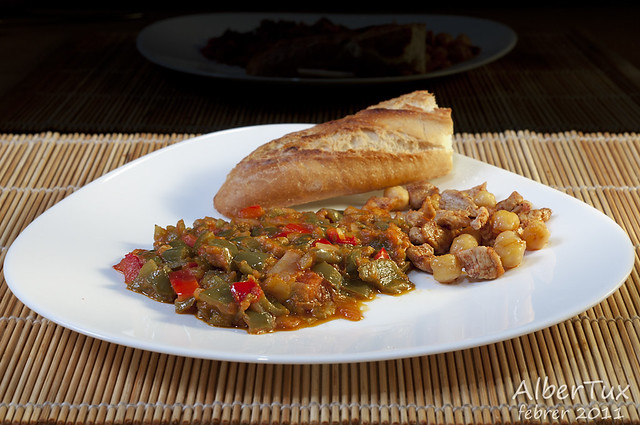 Pisto Manchego is Spain’s version of ratatouille – an undeniably delectable treat. Originating in La Mancha and served throughout Spain, it is typically roasted with tomatoes, peppers, zucchini or eggplant, onions, garlic, and olive oil. This vegetarian dish is the perfect topping for meats, eggs, or bread, or simply enjoyed on its own. 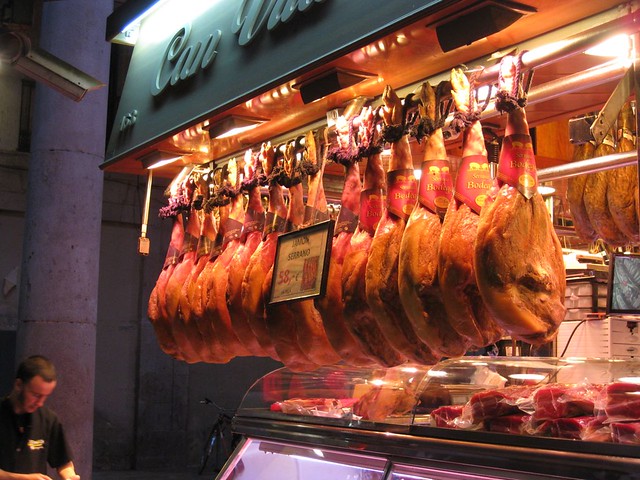 Although Jamón Serrano isn’t exactly a dish, it is equally respected (and adored) throughout Spain. Everywhere you turn, you’ll discover this cured pork hanging from ceilings and racks to dry, allowing the fragrant aroma of salted, spiced ham to linger under your nose. To enjoy, the Spanish serve the ham thinly sliced, accompanied by a baguette. 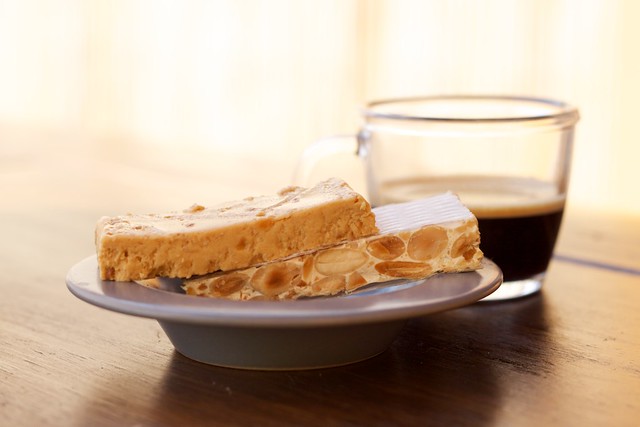 You can’t have a list of dishes without dessert. Found in northeast Catalan, Turrón is a sweet tooth’s crush: made from sugar, honey and egg whites and most often enjoyed during the holidays.

There you have it, I hope you’re hungry now! While this list can certainly go on forever, those are my top faves. If you are looking to further expand your Spanish palate, you should consider joining the upcoming “Blue Osa Journeys” food, wine, and yoga retreat in Spain, May 2015!

What are your favorite dishes?

Olivia Christine is a Writer, Travel Blogger, and Photographer and consulting while exploring the world through bartering, volunteering, and adventure discovery. She spent a few months at Blue Osa as a blogging/marketing volunteer, food enthusiast, and private yoga instructor.