LIVE with US | Become a RESIDENT
Apply Now! 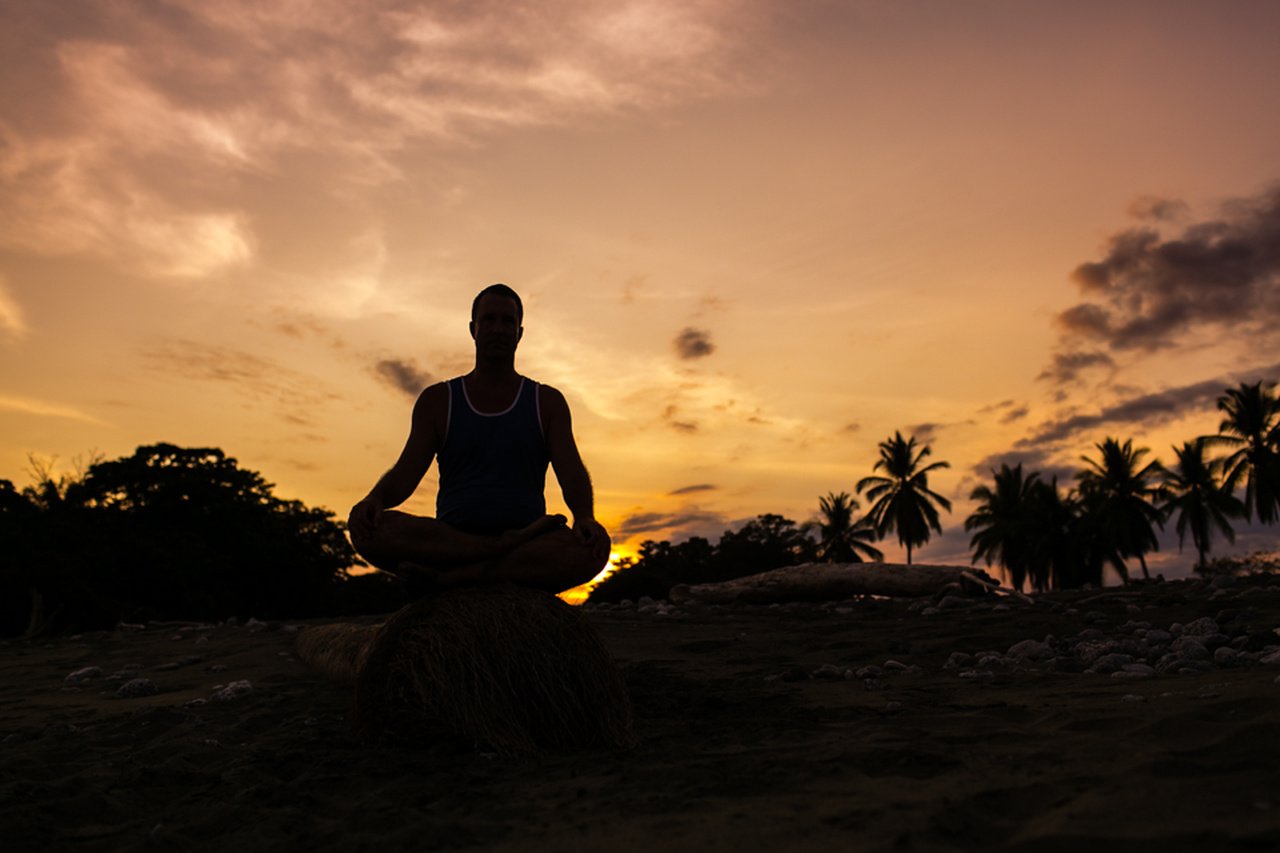 A Brief History Of Yoga + Everything You Need To Know

Widely practiced for its health and relaxation benefits, yoga has been around for thousands of years.

Originating in India, Yoga combines physical, mental, and spiritual practices that allow an individual to develop or retain health, happiness, sense of self-awareness, and higher consciousness.

Yoga’s techniques and styles may vary around the world and from teacher to teacher. However, is generally performed through body postures, breathing exercises, relaxation and concentration techniques, and meditation.

The main goal of practicing yoga can also vary from person to person. Some people choose to incorporate yoga into their lives for health reasons. While others look to yoga for fitness benefits. Many people use yoga as a way to reduce stress and access the full potential of their minds. 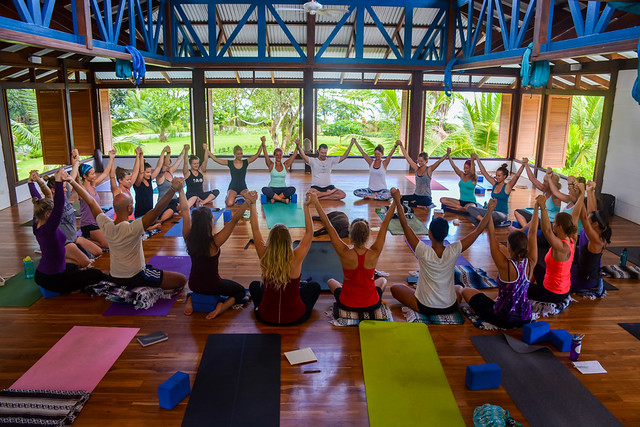 Yoga is not strictly associated with any one religion, rather it is practiced by people of many religions and those who are secular. People of all ethnicities, ages, and body types can benefit from practicing yoga. Anyone with a body and breath will learn how to access the inner sanctum of peace and everlasting joy.

A Brief History Of Yoga + Everything You Need To Know 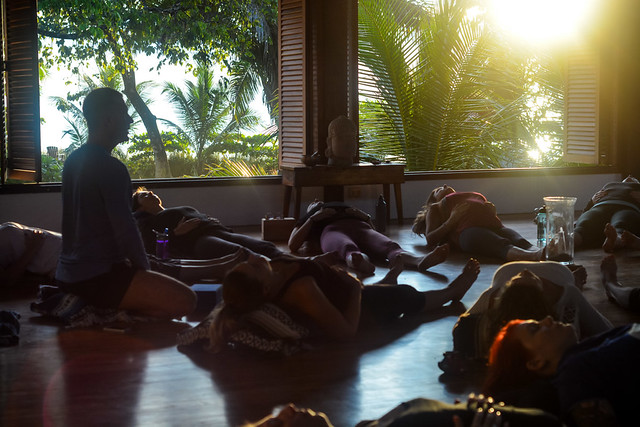 The Beginnings of Yoga

The word yoga is derived from the Sanskrit word Yuj, which translates as the fusion of an individual with universal consciousness.

Some say yoga dates back to the beginning of civilization. Still, the first illustrated evidence of the practice dates to around 3,000 B.C.E. The Rigveda, an ancient Indian collection of Vedic Sanskrit hymns dating back to 1500 B.C.E, was the first to mention yoga.

This period of yoga is defined by the holy writings of Brahmanism called the Vedas, which were a collection of hymns, mantras, and rituals that were praised as a greater being. During this period, yoga was generally practiced by Hindu men.

The Vedic people looked to rishis, or Hindu saints, to teach them how to live in divine harmony.

The Rishis and sages of the Himalayan Yoga Tradition wanted to make these practices accessible to all people.

This period saw the rise of the Upanishads, an important piece of literature in the history of Indian religions and culture that developed many of India’s spiritual ideas.

The Maitrayaniya, one of the Upanishad’s most celebrated scriptures, introduced a path to liberation that could be achieved through the two yoga disciplines. 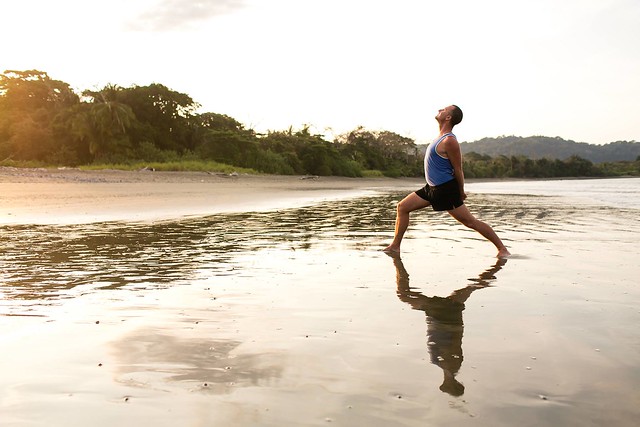 This period brought forth the first set of systematic presentations of yoga. Patanjali, the father of yoga, developed the book known as Yoga Sutra in the 2nd century which introduced the 8 limbs of yoga that would allow an individual to live a meaningful and purposeful life. The 8 limbs’ aim was to promote moral and ethical conduct along with self-discipline. The 8 limbs consisted of:

This period brought about a big change to yoga as its aim became not one of liberating a person from reality. The goal of yoga was to learn to accept live and live in the present.

Yoga began to spread around the word and made it to Western society in the early 19th century.

Yoga gurus also became popular during this period. Teachers such as Swami Sivananda who developed Five Principles of Yoga to teach his lessons to Americans and Europeans. The principles combined relaxation, exercise, breathing techniques, healthy eating, and positive thinking.

Indra Devi was a Russian Yoga teacher that brought the practice of Asana Yoga, which uses a posture in which a practitioner sits, to Hollywood. She became known as the “First Lady of Yoga” and her teachings promoted the physical aspects and benefits of yoga.

Richard Hittleman, an American yoga teacher, created the first yoga television series in 1961. The T.V. program, along with his popular book “The Twenty-Eight-Day Yoga Plan”, made yoga popular with many people across America. 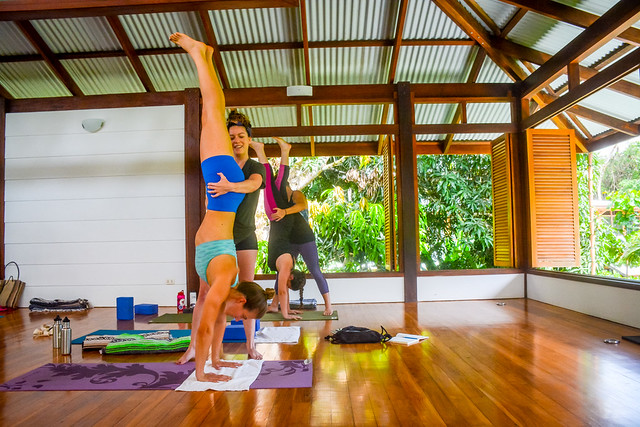 Yoga has managed to endure the test of time and is now practiced on a global scale. Although its techniques may continue to evolve as time goes on, the traditional idea or purpose of yoga has remained the same.

The yoga industry has evolved into a multi-billion dollar industry. As a result tens of thousands of teachers promote beneficial practice to the world. Today’s yoga retreats attract millions, health and fitness clubs provide yoga classes, an endless amount of yoga books exist to aid with its teachings (these are our favorites). Even doctors are recommending yoga as a method for self-care.And large companies are using it as a tool for their employees to become more efficient and creative.

Wherever yoga goes from here, one thing remains clear. Yoga is here to stay and will continue to provide a way for people to escape stress, develop healthy habits, and stay in tune with their inner self.

Casey Siemasko is a content marketing consultant, travel blogger, and wandering yogi. An entrepreneur at heart, she is the co-founder of the award-winning travel blog A Cruising Couple. Besides yoga and travel, she enjoys wine tastings, being outdoors, and taking on new hobbies. 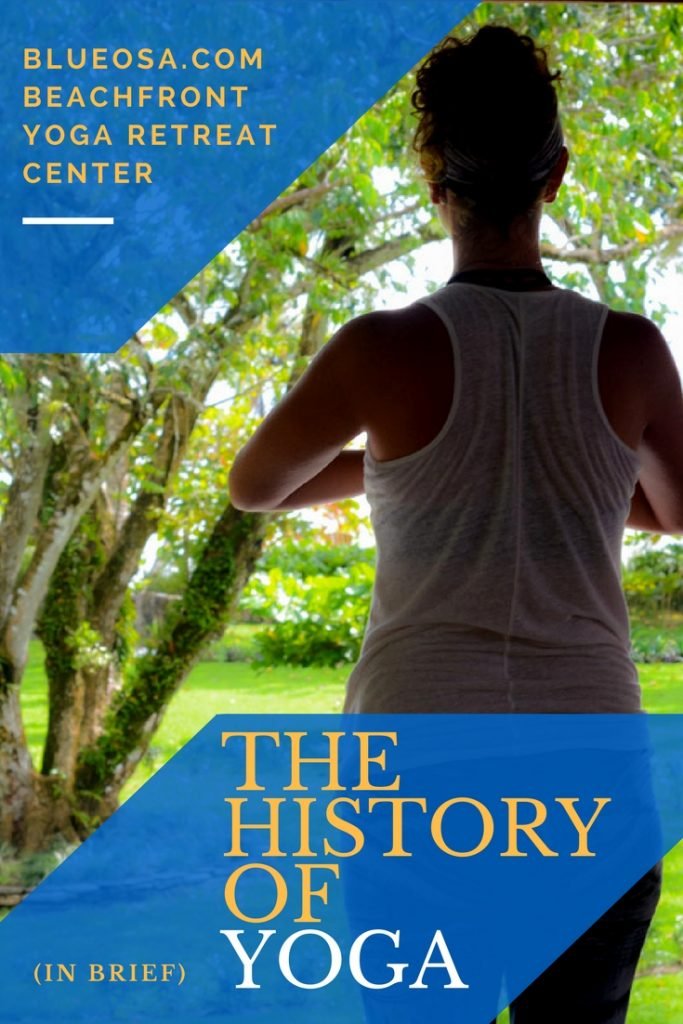