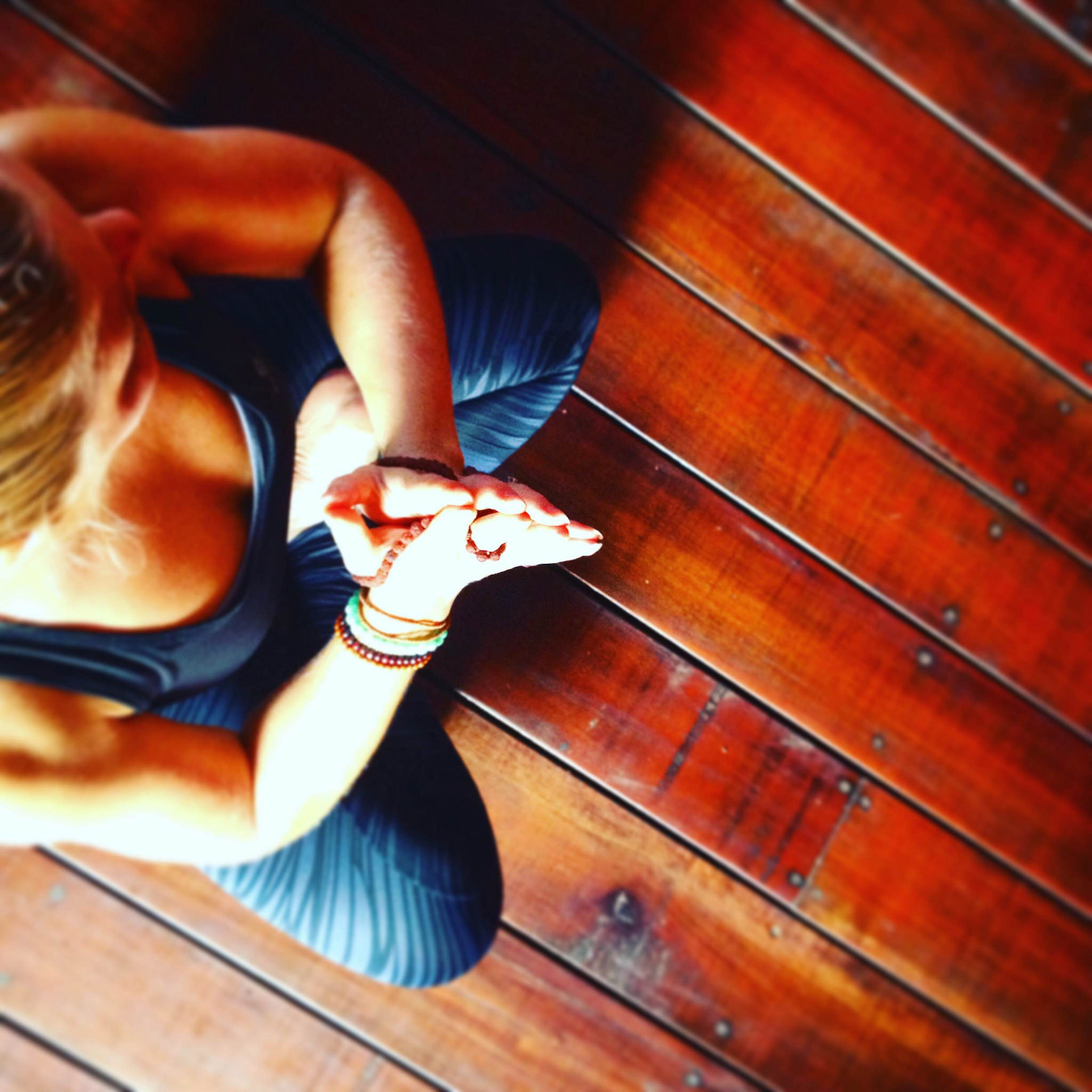 As I write this from my luxuriantly shaded perch in Blue Osa Yoga Retreat, I’m looking out across the sun-dappled pool and spa area with its lines of sun beds and meditation temple. The breeze that ruffles through the dense greenery that surrounds this little corner of paradise, carries the inoffensive chatter of the birds, the buzzing of the insects, and now and again the gruff yet haunting call of the Howler Monkey. A transcendental soundtrack if ever there was one. Behind the foreground, glinting through the gaps between the leaves, is the sapphire blue of the ocean, the hypnotic back and forth roar of the tide framing my private orchestra with a soothing baseline. It’s enough to make you want to lie here all day.

Except I can’t. Unfortunately, I’m not built that way. My girlfriend Holly? Sure, no problem. Give her some sun cream and some shades and you’ve bought yourself some alone time. Throw in a kindle and you best start thinking of anything important you need to ask her because once she turns on that little black eBook, you’ve lost her. At least until the sun goes down. Me, I’m one of life’s natural fidgets. I can’t sit still in one place for long. It’s one of the main challenges I’m finding with yoga.

I often hear the yoga community talking about either the becoming of, or the benefits of remaining ‘centred’, it’s one of those buzzwords often bandied around in yoga class by your teacher or on blogs and articles, belonging to the same mystical vernacular as ‘enlightened’ and ‘mindfulness.’ The dictionary tells us that ‘centred’ is to be “mentally and emotionally confident, focused, and well-balanced.” Ok so let’s look at that statement. Confidence and focus are two things that are well known to be attributable to yoga. Focus is an obvious one when we consider the base rules regarding our yoga classes, the concentration on breathing, and form, holding those positions, and of course the use of meditation. Confidence too is often deeply associated with yoga – both in a mental capacity and in an emotional sense. The amount of people whose story I’ve heard recounting yoga as being something that gave them a new lease of life after they’d found themselves at rock bottom. It’s a recurring theme that I refuse to accept as mere coincidence. The good news is Blue Osa has yoga on tap so being centred should be, well, a doddle.

Although again, maybe not all of us find the essential ingredients we need for our recommended daily allowance of zen on our mat. Some of us need to look elsewhere. I’m talking about endorphins – the chemicals our body naturally release during exercise. Now I’m definitely not insinuating that yoga is not a workout. On the contrary, I’m yet to finish a class without nearly breaking my neck during down dog because my hands were braced in the pools of sweat dripping from my nose. But we all have our thing. For some, like me, it’s pounding the pavements on a run or a high intensity class. Others like to dive into a pool and some like to pump those muscles. Luckily Blue Osa caters to everyone’s personal taste.

Blue Osa has its own private running track in the form of its stunning crescent moon shaped beach. From end to end and back you’re looking at a steady 5.25 miles. Running at low tide is best, and the earlier the better due to the high afternoon temperatures, made clear by Blue Osa’s friendly staff handily writing down the times for low and high tides on their morning schedule board. It’s important to think about safety so make sure you take on lots of water before you set off, and let someone know where you’re headed. 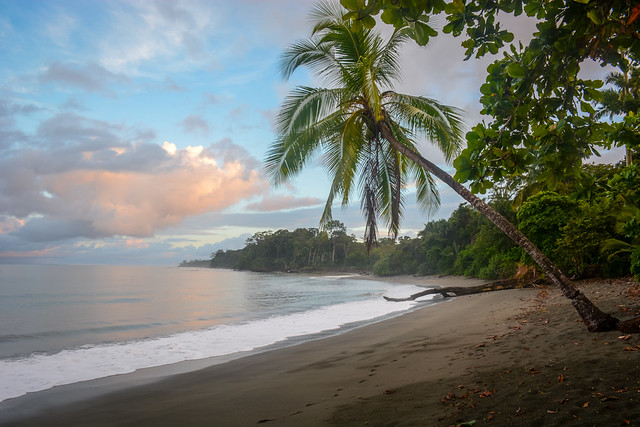 25 metres of filtered, chemical-free pool water – at a pleasingly warm temperature – is waiting for you to put on your goggles and dive in! Swimming works every single muscle in your body. What better way to get toned while staying cool? 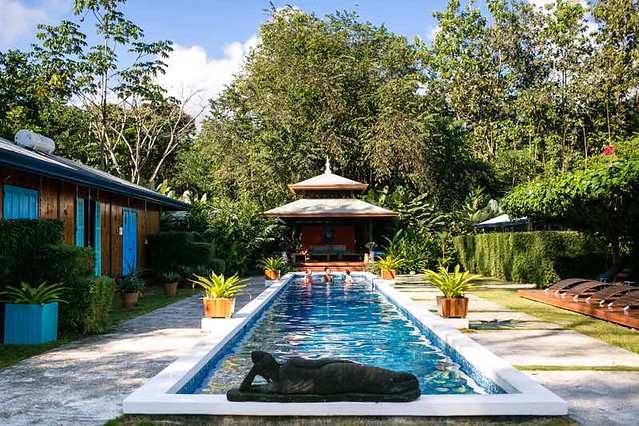 For The Movers And Shakers

So you want to be moving all the time? One minute of press ups, one minute of shadow boxing, one minute of sit ups? You don’t like sitting still for a minute of your workout. No worries. Once the yoga classes are finished, and the deck is clear of mats, stick on your headphones or link up your iPhone to the sound system…and do your thing! 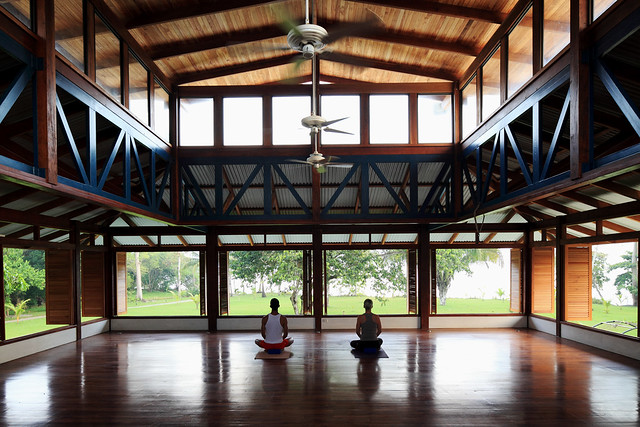 Lifting your own body weight is a brilliant way to isolate the muscles when working out. In the spirit of Muscle Beach, Miami; Blue Osa has its very own outdoor gym complete with Pull up, Chin up and Tricep dip bars. Blast out a few sets here, or if it’s only cold hard iron you like to curl or hanging off a TRX strap then you can do so in the gym.

For The Sun Queens

Blu Osa’s beach doesn’t only double as a run track, it also comes equipped with the Pacific Ocean! Get out there and be at one with nature while riding its turquoise waves on the back of a surf or paddle board, or go for a nice long walk. If being centred for you means lying on your back, on a beach with your favourite book, then be our guest…Blue Osa comes with a Vitamin D guarantee! 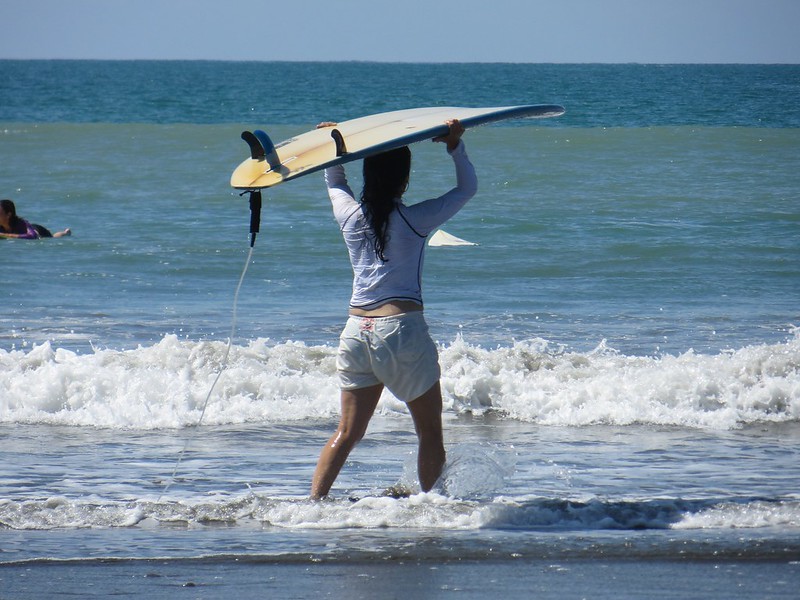