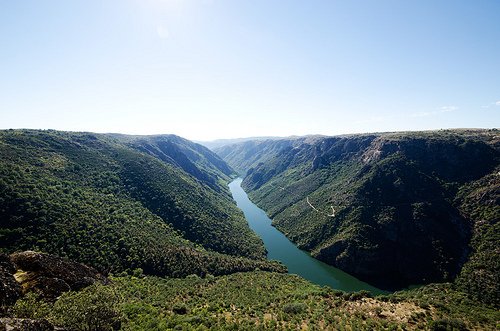 Spain – It’s a country with fiery flamenco dancing, tasty tapas, extended afternoon siestas and a loyalty to living the good life. Given these stereotypes and the country’s romantic appeal, it’s no wonder that Spain is one of the most traveled-to countries in all of Europe and a firm must-see on any traveler’s itinerary.

But despite the fact that Spain’s major cities and attractions see plenty of tourists all year long, there remain to be countless delightfully off-the-beaten-track destinations to explore. The best way to stumble upon these hidden gems is to rent a car and just go; you’ll be surprised how quickly you feel transported back in time. But if you need some help on where to get started, we recommend an extended stay at any of these five off-the-beaten-path destinations-you won’t be disappointed!

Located in the middle of Basque country and surrounded by mountains and forests, Oñati charms all who stumble upon it. In the center of the picturesque medieval town you’ll find the University of Sancti Spiritus, one of the oldest universities of Spain, as well as the San Miguel Church, which depicts a striking combination of Baroque, Gothic and Neoclassical styles. The Bidaurreta Monastery, Saint Michael’s Parish Church and the Plaza Square are other attractions to note.

For a real treat, be sure to venture a few kilometers outside of town to discover the Arantzazu Sanctuary. The Arantzazu Sanctuary was built over 500 years ago in honor of the Virgin Mary, who is said to have appeared there to a local shepherd boy. Hikers and nature lovers shouldn’t miss the pristine senderos, or hiking paths, that begin from the sanctuary and stem into the surrounding valleys.

Pueblo de Sanabria is another charming medieval village in the northwestern province of Zamora, just on the border of Portugal. The old town is unique in that it was built upon a rock and surrounds a fortified castle. This is a perfect place to get a feeling of what it would have been like to walk along the small and winding cobblestone roads hundreds of years ago, while also taking in the unique city skyline dotted with castles and churches.

Not far from the town is the Sanabria Lake Nature Reserve, the largest lake of glacial origin in Spain, and a worthy attraction in its own right. But as if its mystical beauty wasn’t enough, legend has it that at the bottom of the lake lies a town, the result of an evil curse; listen closely on the night of San Juan and you might still hear the church bells tolling.

If you’re a wine aficionado, then chances are you are already familiar with the celebrated wine-growing region Ribiera Saca. The Romans were the first to precipitously carve the terraces into the hilly terrain here, some at mind-bogglingly 45-60 degree angles. Since then, wine production has remained a central cultural element. The region is known for its strong but smooth reds, and its distinctive flavor due to the high-altitude cultivation.

You don’t need an experienced wine palate to appreciate the spectacular gorge scenery. The Balcones de Madrid is a phenomenal lookout point to take in the beauty of the surrounding rivers and mountains. Ribiera Saca also translates to ‘holy riverbank’, and perhaps as a result there is a multitude of monasteries and churches built into the hills-including one Coventry where the nuns remained sheltered from any communication with the public.

If you can’t handle the thought of another encounter with a charming medieval village (though let’s be honest- is that even possible?), then Teres de l’Ebre might be for you. It’s all about nature here, with beautiful beaches, rugged mountains and expansive national parks.

The Els Ports National Park is a sweeping expanse of 60,000 hectares. Trekking is the primary activity, with countless mountains ready for exploring. There are also numerous ‘monumental trees’, or historic trees that have survived the test of time, along with a large array of birds, flora and fauna. The Pas de l’Ase viewpoint is one of the best places to see the Ebre River (the second largest river in Spain) as it flows through a stunningly deep ravine. And finally, beach lovers will be happy to know that there are plenty of hidden coves and long sandy strips for basking in the Spanish sun.

Andalucía will always hold the prize as my favorite region in all of Spain. Located in the very south, the region boasts a unique vibrancy and relaxed attitude not found elsewhere in the country. Seville and Granada are two of the most popular spots to visit, but located in the heart of Andalucía is a lovely surprise by the name of Antequera.

Antequera has everything you could want in a Spanish town, including Roman baths, a Moorish castle, and Gothic, Renaissance and Baroque architecture. Throw in great food, lively nightlife and a unique natural reserve, and it’s no wonder you might never want to leave! Wild About Travels says not to miss El Torcal Natural Reserve at sunset, when the light casts a romantic pink glow over the karst rock formations.

I know I promised you five, but I couldn’t help but throw in an extra gem worthy of exploration: Arribes del Duero. Just outside of the golden city of Salamanca, deep valleys and gorges, as well as the Iberian Peninsula’s longest and deepest watercourse, characterize the Duero Canyon. But what’s even better than the natural beauty is that you’ll be surrounded by some of the best food, wine and culture in the country. And if you’ve always dreamed of a food, wine and yoga retreat in Spain (my three absolute favorite things), you’ll be hard-pressed to find a better place to escape.