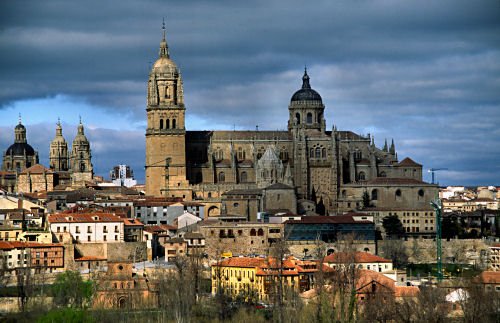 In honor of Yogi Aaron’s upcoming Food, Wine and Yoga Retreat in Salamanca, Spain, this month we’re sharing some of our favorite travel tips and stories for eating and traveling through the country. Enjoy!

“Salamanca makes all those who have enjoyed the pleasant experience of living in her long to return,”
~ Cervantes

There are few places in the world so enchanting that they actually radiate with beauty. But Salamanca, Spain is surely one of them. Nicknamed La Dorada, (The Golden One) for its sandstone buildings that appear to glow, Salamanca is a magical destination that boasts top-rate history, culture, food and attractions. Ready to learn more? Read on to discover our top five reasons you absolutely must visit Salamanca, Spain!

It’s only fitting to begin with what Salamanca is most well known for—the first university in Spain and the fourth oldest university in the world, otherwise known as the University of Salamanca. This one factor would contribute to the city’s growth and prominence as a major cultural center and renaissance city in Europe up until the 17th century. The University also served a fundamental role in determining the feasibility of Christopher Columbus’ journey to the West, as well as later discussing the morality of colonization in the Indies.

Today the University of Salamanca remains a prestigious school that attracts not only Spanish but also international students. Along with the contagious energy of the student population, there are heaps of trendy cafes, lively bars and vibrant activities to take part in, whether you’re a college student or not. 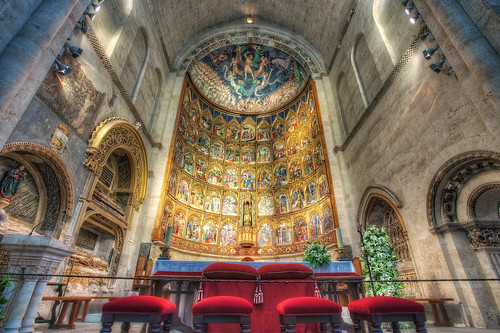 Ancient Salamanca boasts a rich and diverse culture dating back over 2,000 years. What started out as a simple village perched upon a hill would eventually see the Vacceans, Vettones, Romans, Visigoths and Moors all come and go through the city; these numerous cultures each left behind unique attributes and characteristics in their wake, which would combine to form the one-of-a-kind Salamanca we know today. To catch a first-hand glimpse of the diversity of the city, one must only go for a short walk through Salamanca’s historic center where Romanesque, Gothic, Moorish, Renaissance and Baroque architecture all mingle together effortlessly.

After the founding of Spain’s first university, Salamanca reached great prestige as one of the largest Renaissance cities in Europe and the hub of the Spanish Golden Age. During this time it wasn’t uncommon to see world-renowned writers, artists and philosophers wandering the streets for inspiration; Cervantes, San Juan de la Cruz and Lope de Vega are just a few of the common names to be seen in Salamanca’s streets.

The Wining and Dining 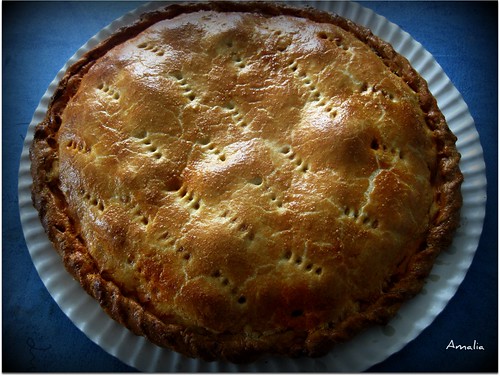 Salamanca has a unique food culture, molded in large part by the ingredients available in the surrounding landscape, as well as by its numerous cultural influences. It is easy to sample a variety of dishes with simple but fresh ingredients sourced directly from the nearby mountains and countryside. A few must-try meals include:
Hornazo: A savory pastry stuffed with ham, bacon, sausage and hard-boiled eggs

Cheeses, blood sausages and cured meats are also widely popular, largely due to the fresh mountain air. Don’t miss pata negra, a cured ham easily recognized for the black hoof left on the shank. For a bite of something sweet, Convento de las Deunas is a divine place to sample local biscuits, cakes and candies made by the nuns who reside there. And finally, no visit to the region is complete without a stop at the Hacienda Zorita Winery. Just moments outside of Salamanca, the winery is Spain’s first small luxury wine hotel, though vines have been growing in the region since 1366. 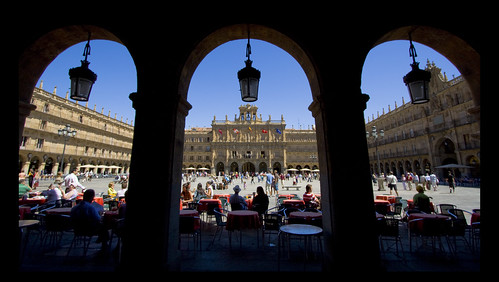 This central attraction in Salamanca is reason enough to visit the city. Easily one of the most beautiful plazas in all of Spain, some are so bold to even name it the most beautiful plaza in Europe. Constructed between 1729 and 1755, Plaza Mayor features baroque architectural details, pedestrian-only streets and sweeping arches. The plaza is a bustling spot at all hours of the day, highly regarded by locals as a place to socialize, shop, drink and enjoy life. Be sure to time your visit to the plaza at night when the lights are dazzling and the square is at its most radiant.

Extra tip: To appear like a savvy local, tell your Spanish friends you shall ‘Meet them under the clock’ in Plaza Mayor. It’s a common phrase with those who call Salamanca home. 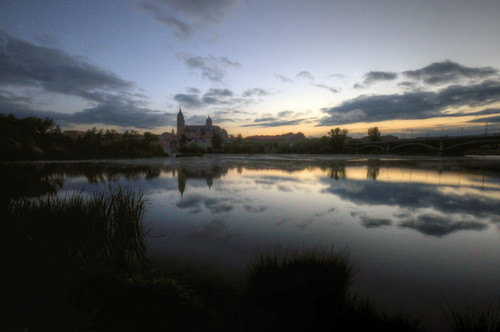 There is so much to see, do and taste in Salamanca that you likely won’t want to venture far from the city. However, should you feel a touch of wanderlust creeping up, you’ll be pleased to discover that Salamanca is surrounded by fascinating places to explore. In a mere two hours you can be drinking sangria in Madrid; learning a few phrases in Portuguese across the border; or exploring the countryside, lakes, rivers, mountains, canyons, and quaint and quiet villages that abound in the region. A lovely hidden gem just 70km west of Salamanca is La Alberca, a village known for its picturesque streets and architecture, artistic traditions and small-town feel. And of course, Zamora, Toledo and Valladolid are always popular options for those who wish to discover other popular Spanish cities.

If you’ve always dreamed of getting lost on winding cobblestone roads, of sipping wine under the Spanish sun, or of practicing yoga in a medieval church, then why not make this the year to finally turn your dreams into a reality? You won’t be disappointed by what awaits in Salamanca, Spain. 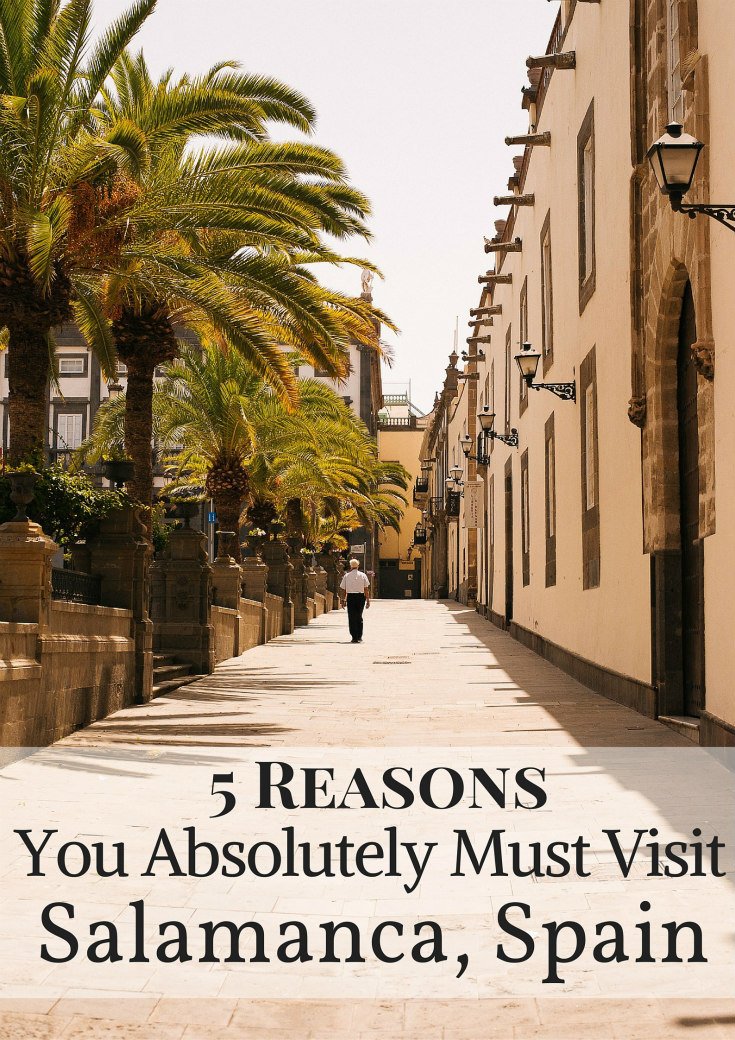 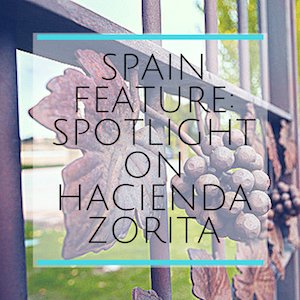