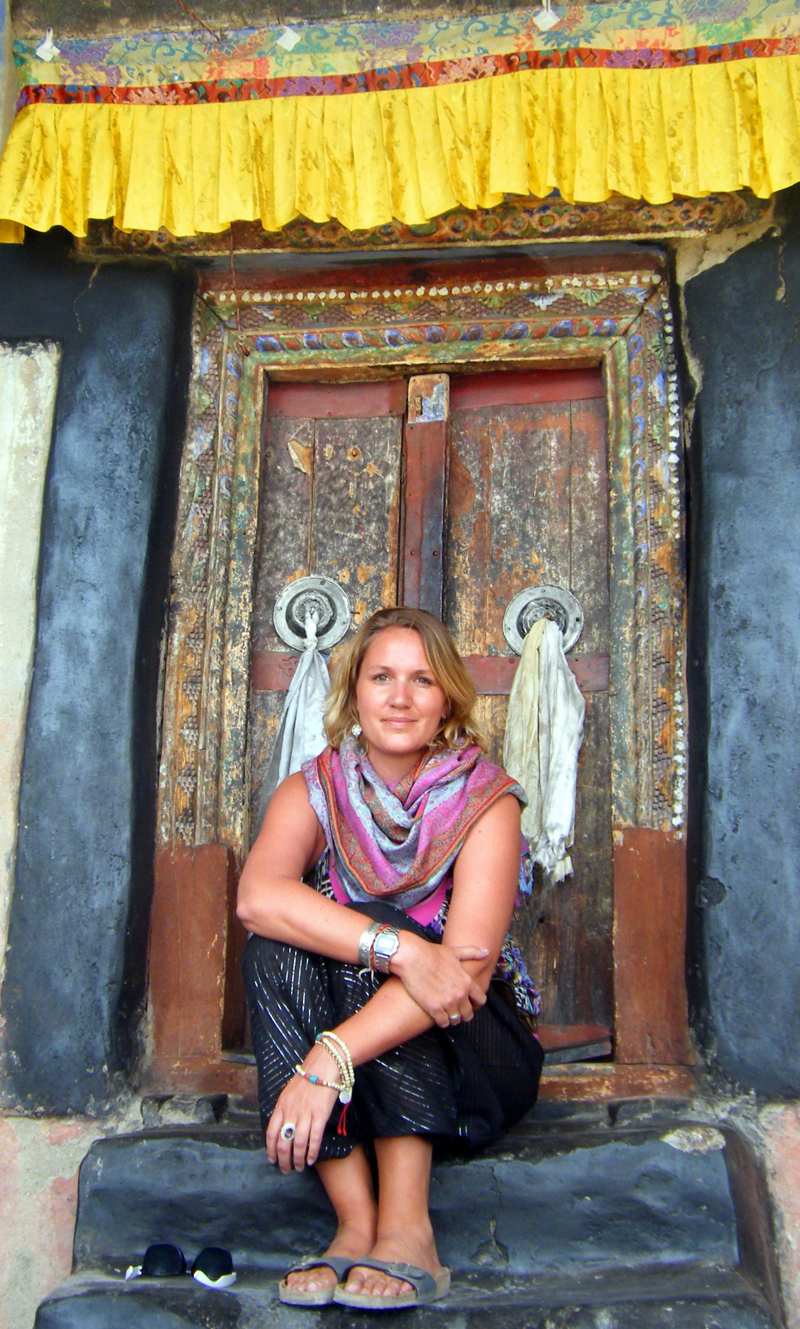 India; Keep Your Expectations in Check and Toilet Paper Handy

Arriving in India, following a delay on the tarmac because ‘the plane is broken, isn’t it,’ I close the door to my Delhi hotel room and am met with that familiar feeling of fear and excitement that only a life on the road brings.

Hours earlier I stood in a long check-in queue among a sea of honey brown skin, piercing dark eyes and thick bushy moustaches. I was virtually the only women on the flight.

I’ll be totally honest I wasn’t convinced I was ready to come to India, but then I’m not sure anyone ever is. You just reach a point when you decide it’s now or never. A few years before I’d had a taste of what it might be like when I visited Sri Lanka and then continued to backpack through China, Tibet and Nepal; a trip that was nothing short of enlightening.

I figured if I could handle that I was as ready as I’d ever be. Yet after that trip, I had settled into a stable job in a Soho-based advertising outfit and a comfortable pad in Hampstead. I think that the reason I chose to use my holiday to visit the holy land is that I could feel myself being sucked back into a superficial world and wanted to shake off feeling settled, see what I was made of and expand my shrinking comfort zone once more.

Turning a blind eye to my jet lag I set off on foot exploring Old Delhi. Attempting to walk with purpose through the dusty old streets I dodged dogs, dung, beggars and chai wallers until I collided with a man who turned out to be a Bollywood actor on the corner of Connaught Place. He invited me for coffee and told me about the history of the city in the nearest Coffee Day; modern India’s version of Starbucks.

That was my introduction to India.

I don’t know what I expected, but I quickly began wishing I was a beautiful beach in Thailand…that had ice and air conditioned 7/11’s.

It wasn’t so much that any one thing shocked or overwhelmed me. It was a combination of feeling thrilled and like I might throw up all at once, all of the time, that had me declaring – India; I’ll Never Do It Again.

I saw dead babies floating in the Ganges. An eight-year-old grabbed by boob and asked me if I wanted to see his ‘impressive penis’ in Agra right outside the Taj. I accidentally prayed for prosperity and the perfect wife (instead of a good husband) on the Lakes of Pushka. I was proposed to in Manali – almost arrested by a man posing as a police officer (complete with toy badge and plastic gun) on an overnight train. And, nearly pooped my pants in Rajistan.

Thank God I did, because that was a real turning point.

Until that moment I had seriously struggled to fall into step with the country I was in, to understand the psyche of the people and appreciate its culture. It seemed to me as though no-one had any dignity or self-respect; daily life was a grand and dramatic display. Having been brought up in England, I had been schooled to believe that the proper way to behave was to conduct most things behind closed doors.

It was losing control of my bowels and simultaneously witnessing a body being burned on the Western Ghats of Varanasi, while a wedding procession took place next door that I realized that dignity had nothing to do with it. The magic and beauty of India was in forgetting what you think you know and replacing reserve with what is real – repressing nothing and letting life and death, beginnings and endings co-exist alongside each other happily. The sacredness of the country comes from its rich spiritual history and its ability to express itself freely. 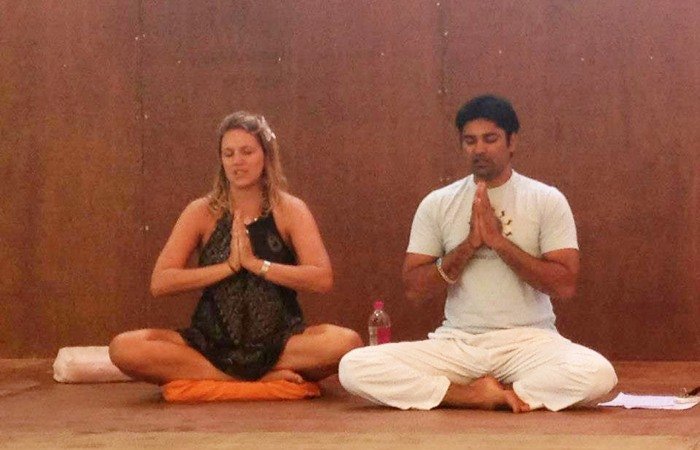 I fell in love with India when I found myself knelt in prayer at a local temple in a ceremony lead by the village Brahman. I was mumbling Sanskrit mantras I had no understanding of at the time that I realized I felt deeply connected with those knelt down beside me, through the words we were repeating, that have been repeated over millennia. Tears rolled down my cheeks at the simplicity and synchronicity of it all.

Despite India challenging me on every level, it melted my heart. I’ve never cried so hard leaving a country.

After that is was only a matter of time before I returned.

When yoga became such a potent, profound and transformational force in my life that it ripped up the rule booked, destroyed everything I had come to define myself by and urged me to change everything, I knew it was time to go ‘home.’ 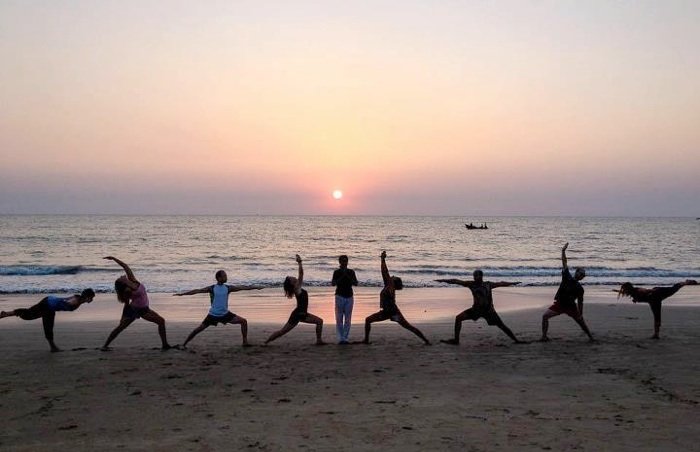 The truth is, in India yoga is all around. Ingrained and interwoven into the very fabric of life. Few people still perform asana but the ritual, philosophy, faith and devotion is ever present and omnipotent. Practice is about introspection and surrender, finding your inner strength, opening your heart, speaking your mind and allowing life to flow.

The way postures are taught in India is very simple. There is not so much of the ‘fluff’ and pseudo-spirituality, that can be rampant in high street studios. ‘Do this’ is about all the instruction you get. I’ve never heard an Indian teacher talk about Stirra Sukam – forget it. And yet all the lessons and teachings are there for the taking if you know how to listen.

As a result, it’s instilled in me a sense that spiritual journeys are personal and incredibly intimate. As a teacher, I don’t feel it is up to me to interpret someone’s inner world for them – but give them the time, space and tools to interpret it for themselves.

I think many people come to yoga for some form of healing or because they have questions and curiosities in life, the answers for which it takes courage to seek. That deserves some kindness.

If I had one piece of advice for a yogi traveling to India it would be this: drink as much chai as possible. It will not fail to make your life sweeter. You may find yourself drinking it from a tiny city market stall or from a solitary hut atop the highest Himalayas. It will bring you conversation and contemplation.

If you pay close enough and remain open, adopting an attitude of curiosity, the countless complexities that make India so incredible and unique will be revealed to you. 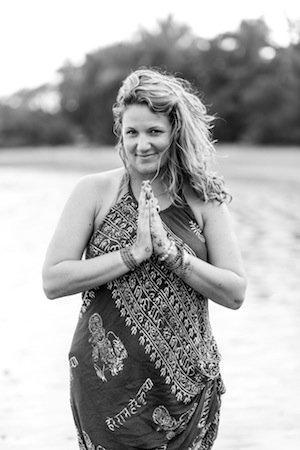 Katherine is a global nomad, a free spirit, a wild warrior yogi on a quest for her own truth; part of a new generation of women who are wild, wise, authentic and free, who has chosen to dismiss what society has dictated and instead pursue my own destiny.

Katherine is a devoted student of yoga, with a travel addiction. She is a yoga teacher, an ayurvedic chef, a life-coach, a self-confessed foodie and adrenaline junkie with a healthy thirst for tequila margaritas and moving her body in rhythm with a banging baseline.

She had written her own cookbook ‘Nourish. Healing meals at Moses’ for Vale De Moses in Portugal and co-authored ‘Voila. Cuisine avec Maria’ for Blue Osa.

Katherine’s writing is dedicated to inspire positive change in you through yoga, nourishment and unapologetic flourishing fun.