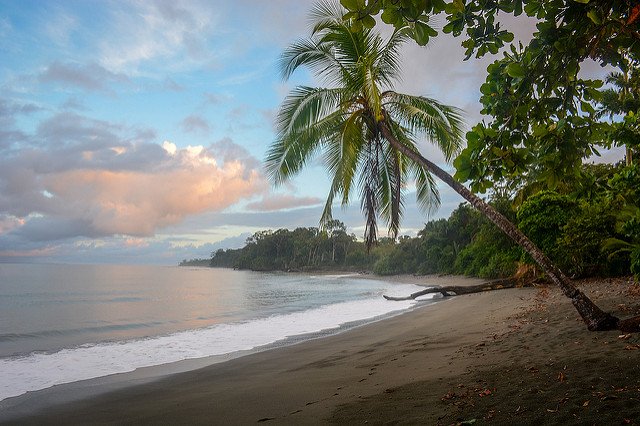 Home › Our Stories › Running On The Osa Peninsula: Paradise Found

How I Found My Bliss Running On The Osa Peninsula

Yoga at Blue Osa Retreat and Spa has quickly become a big part of my daily routine. I get up at 6 am, have a healthy nutritious breakfast of fruit, natural yoghurt, and granola, and sip my morning coffee in an enforced silence, whilst being serenaded by the birds and the sound of the ocean. At 07:25, the morning prayer bell sounds, after which the guests are released to talk, and we all grab our mats to indulge in our daily practice up on the Yoga Deck. When yoga wraps up, we haven’t got long to wait for brunch. Three weeks of doing this almost every morning, and it now feels like I’ve been here for months.

Even though the afternoons are mainly used to work, attend excursions, or in my girlfriend Holly’s case – sunbathe – there is one thing that has also become a permanent feature of my daily schedule: running on the Osa Peninsula.

Disclaimer… I LOVE running. More specifically, outdoor running. I just don’t understand why you would want to run like a gerbil on a treadmill, with a TV screen shoving your favourite sitcom under your nose when you could be outside pounding the pavement, surrounded by nature, and breathing in fresh air. I DO understand that exercise might not everybody’s cup of tea. I know that it can put great strain on the knees and lower back and that it’s easy to go overboard and become borderline obsessed. Believe me… been there; done that! 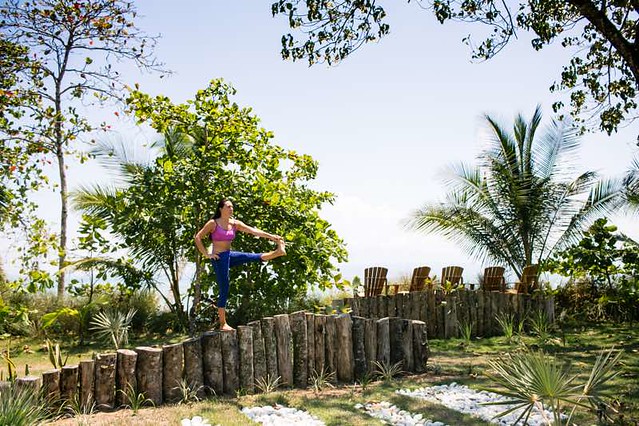 The Benefits Of Running

Despite its negatives, for me, the positives of running not only balance but tip the scales hugely in its favour. Running for me is like meditation. It keeps me centered. It keeps me mindful, and to a certain extent, it keeps me enlightened. I do all my best thinking while I’m out on a run. It keeps me lean and healthy and allows me to participate fully in one of my other all time favourite past times… eating. Above all, running keeps me happy. Once upon a time I suffered a bout of anxiety for reasons that to this day remain a complete mystery. After trying the anti-depressant pills prescribed to me by my doctor, I stopped taking them the moment that the same doctor revealed 30 minutes of exercise a day could yield the same results. Absolute no brainer. The body naturally releases chemicals called endorphins when we work out, and what is one of the main side effects of these endorphins? We feel good! They’re all the happy pills I need! 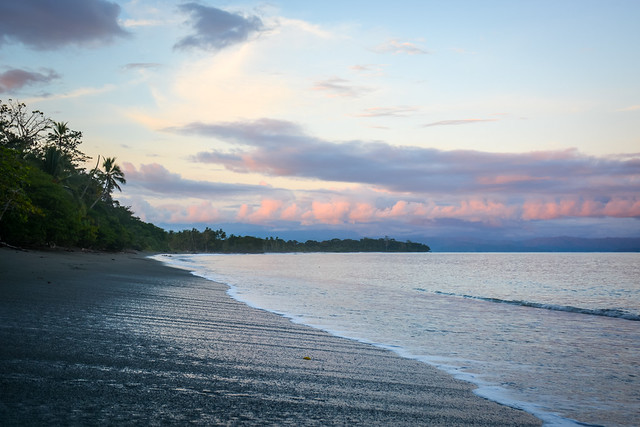 Running On The Osa Peninsula: My ‘Uh-Oh’ Moment

So when I turned up at Blue Osa Yoga Retreat and Spa and walked down the pretty little stone path onto Playa Tamales (it’s so deserted it’s almost a private beach!), my eyes widened with the possibilities waiting for me while running on the Osa Peninsula. Here was my running track. Curving out in both directions to form a crescent moon shape with thick jungle framing it from end to end. I took one look and silently high-fived myself!

The following day after my yoga class, I stood at the end of the path and went through my running checklist.

And off I ran, choosing to turn left for today’s run along the longer stretch of sand. It took me only five minutes to realize I’d forgotten to tick one massively important box off on my checklist… the tide. Here I was running on a thin strip of sand at a steep angle, the sand giving under each foot I planted. Meanwhile, the water was closing in on me higher and higher with each round of waves. Ten minutes in and I was running barefoot; 20 minutes in and I had given up altogether. I returned to Blue Osa muttering and grumbling under my breath. As I walked back through the compound towards my room, I noticed the daily schedule written on a white board. Underneath the timings of each daily event were the words ‘low tide’ and ‘high tide.’ It all made sense; I had attempted to run an hour after high tide. Tomorrow I would be better prepared. 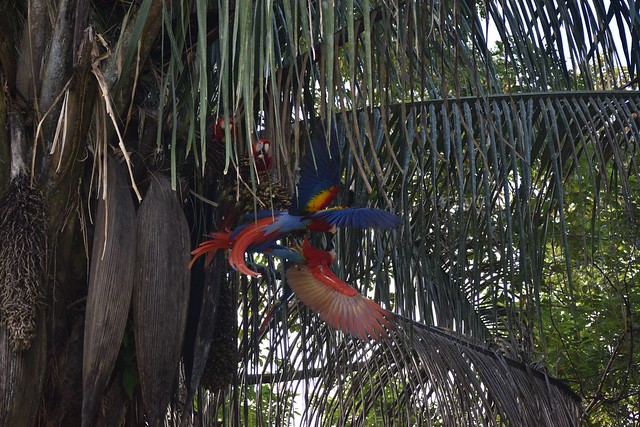 A Better Way: What To Know When Running On The Osa Peninsula

And so I was. Lined up at the end of the path, stretching out my hamstrings, I pressed play on my playlist and stepped out onto the sand. Accompanying me were my new doggy running buddies Rama, Pete, and Sam, all looking as eager to get out there I was. With the tide out to sea, my running track no longer resembled a Jungle Gym sandpit. The beach was a wet plain stretched out before me. The warm salty tang of seaweed played under my nostrils as I ran down onto the smooth, packed sand revealed by the now receded water. I opened up my stride and stepped on the throttle, feeling that familiar ball of positive energy singing inside. My four-legged entourage and I had just found our pace when my eyes were drawn to the sky as six red-tailed Macaws streaked overhead in formation like the Red Arrows – their raucous squawks pervading my music effortlessly. Despite ACDC’s Thunderstruck ringing in my ears, I fancied I could hear Mozart’s Ride of the Valkyries floating exultantly on the breeze.

That’s not to say you shouldn’t explore the right side of the beach every now and then. If the left side of the crescent moon is smooth sailing, then the right side is a shipwreck waiting to be traversed. Running to the right resembles more of a steeplechase. Huge trees lie completely uprooted, waiting for you to hurdle on days you feel particularly limber. The beach often disappears, revealing a rocky causeway. The jungle seems deeper, more wild, more dangerous. Although the adventure is probably all in my head (I’ve been assured it’s completely safe), I must admit that I’ve thrown a couple of nervous glances over my shoulder just to make sure there wasn’t a Jaguar on my tail! The landscape is so impressive; you almost forget that you’re running just a few miles from your accommodation. If you ever wake up feeling intrepid, venture out to Tamales’ deep dark right side. It’s definitely not to be missed! 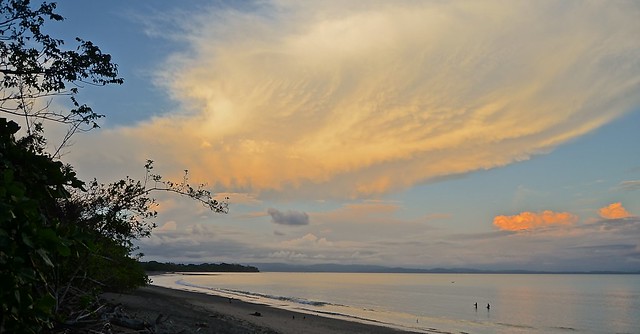 Tips For Running At Blue Osa

Though the right side is a little more stop-start, combined with the left, it’s around 5.5 miles if you run the whole beach. If you’re running in the late morning or early afternoon, watch out for the heat! Even when it’s overcast, it can be stifling. Make sure to take plenty of water to keep yourself hydrated. It’s worth letting someone know where you’re going. It’s all standard runner safety protocol!

So whether you’re coming to Blue Osa Yoga Retreat and Spa for the first time, or returning for your fifth visit, if you haven’t already packed those running trainers, do it right now. You won’t regret it!

Aside from writing – his indisputable first love, Chris enjoys reading, running, football, and being fully immersed in nature. He is a self-proclaimed Stephen King fanatic.