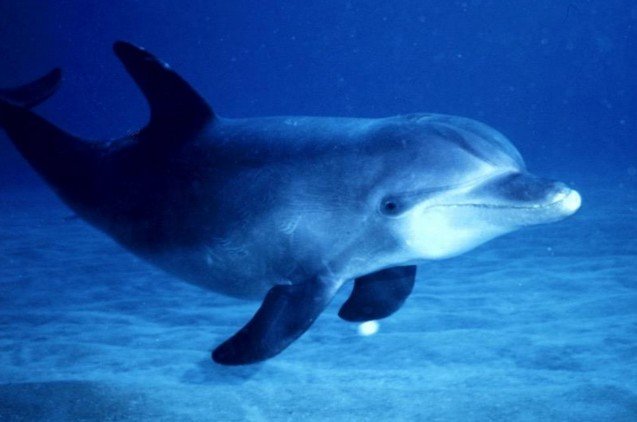 Home › Injured Dolphin Approached Divers For Help: You Won’t Believe What Happens Next

Injured Dolphin Approached Divers For Help: You Won’t Believe What Happens Next

There is nothing more thrilling than a close encounter with a dolphin. To have the experience of coming face to face, or in this case, eye ball to eye ball, with a large marine animal will take your breath away.

As a scuba diver, this happened to me a few times. When I was 22, I took a scuba diving trip to the Turks & Caicos Islands. I was so excited by the prospect of coming face to face with one of these majestic creatures. Only to be sorely disappointed. 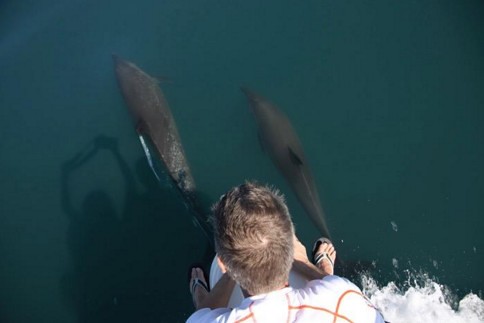 On the last day, however, we were enjoying the end of our last meal on the ship—a delicious pecan pie with vanilla ice cream—when suddenly, someone pointed a finger toward the sunset and yelled, “dorsal fins!” I was trying not to get my hopes up as we rushed outside. The fins were heading right for us. One of the other divers hopped over the railing into the ocean. A dolphin leaped over her head, a scene that could have come right from the TV show “Flipper.”

The graceful, playful creatures were beautifully silhouetted against the sunset. About half of the passengers tore off their clothes (my mother and I had done our part in turning the boat into nudists), grabbed masks and snorkels, and jumped into the water. As I looked toward the ocean floor, I saw a pod of about 30 dolphins swimming in unison. The one that was swimming with the first woman who had jumped in moved toward me–and as I reached out to touch his snout, looking into its eyes for that brief second, it was as if I was looking into the eyes of the Divine Mother. It was a moment I will hold sacred forever.

The Most Incredible Underwater Footage You’ll Ever See

The following video, filmed by Keller Laros, is a celebrated as an advocate of Manta Rays and Marine Ecology. He is the Founder of the Manta Pacific Research Foundation and a PADI Scuba Instructor. With over 10,000 logged scuba dives, Keller works at Jack’s Diving Locker in Kona Hawaii. Many of Keller’s most interesting and exciting videos appear on his Youtube Channel.

This video was shot of the coast of Hawaii, which is a coveted dive spot for divers from all around the world. The dive sites are a topographical wonderland of volcanic action that took years to create. Volcanic eruptions have produced these unique underwater pinnacles, lava tubes, arches, and coral reefs. These lava formations have been encrusted by more than 50 species of Hawaii’s stony coral colonies.

These underwater sanctuaries sets the stage for a huge diversity of fish (about 30% indigenous to Hawaii) and blue water visitors like sharks, rays dolphins, turtles and much more. In the video this diving crew got one unexpected visitor. A bottle-nose dolphin felt there were humans nearby and instinctively approached them asking for help. Several days earlier, this adorable sea mammal got a fishing hook stuck in his mouth and by the time he found help, the fishing line was wrapped tightly around his fin. As if they understood each other, the dolphin responded to a divers call and allowed him to untangle the line. This is probably the most incredible underwater footage you’ll see. 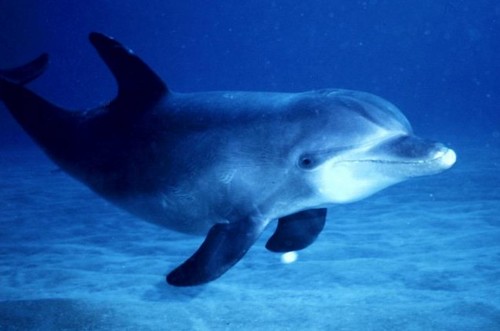 I had the pleasure of swimming with a large pod of pilot whales in 2003 on a scuba diving trip to Micronesia. After a dive in Yap, as we headed back to the resort, we encountered a huge pod of pilot whales, the second-largest member of the dolphin family after the killer whale. Pilot whales are brilliant and extremely social.

As soon as the captain switched off the engine, another diver and I jumped into the water with our masks, snorkels, and fins. The first thing I noticed when I dipped my ears underwater was their song. There I was, floating in the middle of the South Pacific, supported only by my breath and the salty ocean water, being serenaded by an unforgettable symphony of clicks, whistles, grunts and calls. 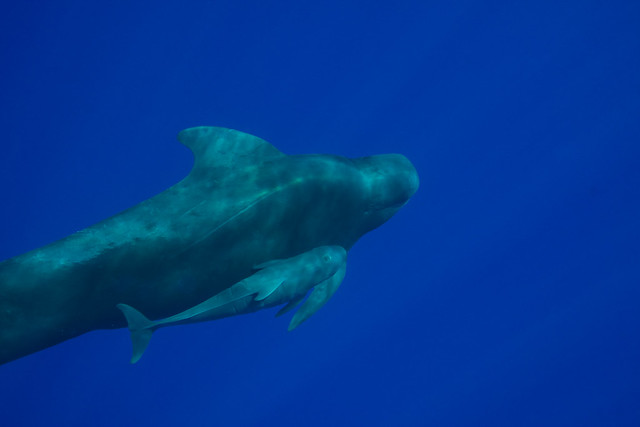 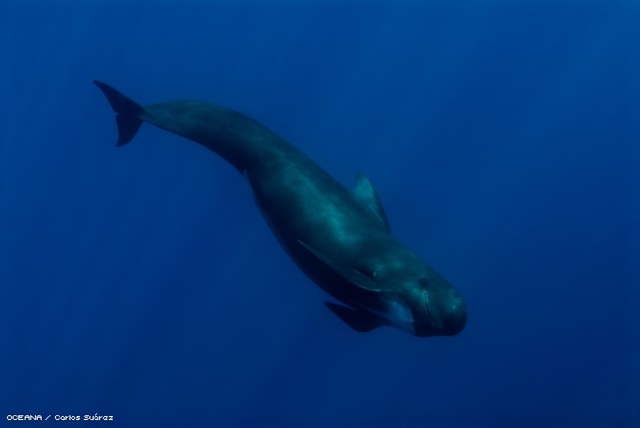 Finally in 2012, I made my dream voyage to Cocos Island, the home of Jurassic Park. Check out the incredible footage we captured here:

Explore The Depths Of Costa Rica!

Pin This For Later! 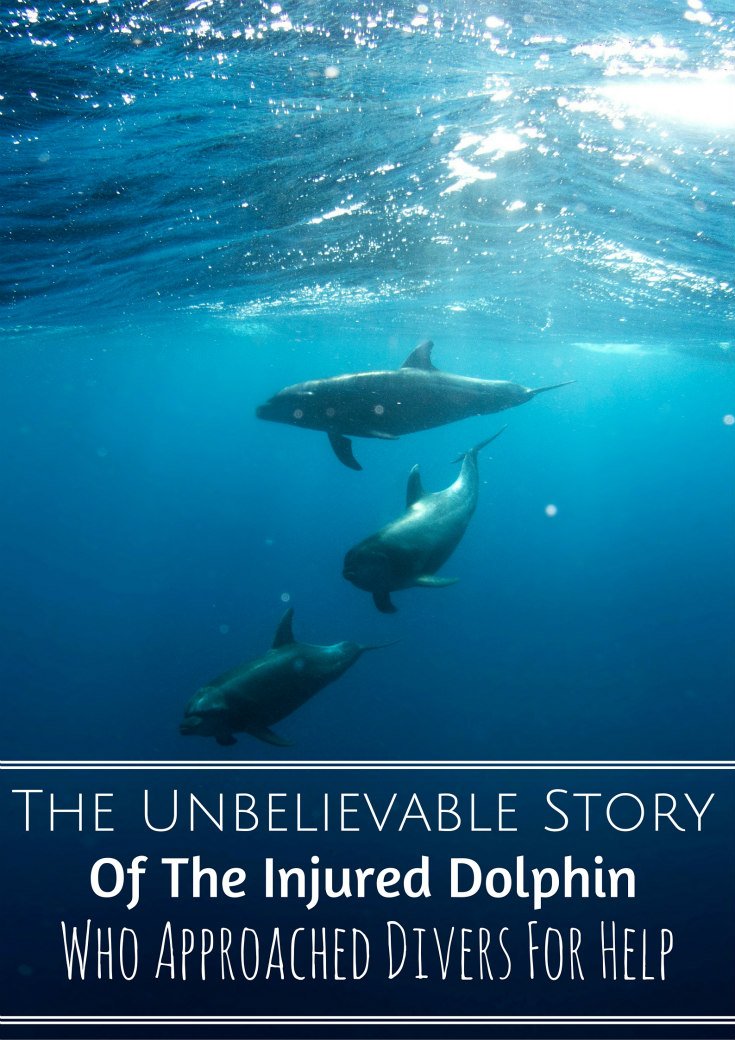 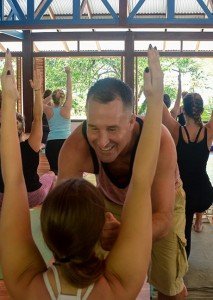 Yogi Aaron, author of “Autobiography of a Naked Yogi” is the co-owner of Blue Osa Yoga Retreat and Spa, where he brings passion and adventure to countless students through his teachings and lectures. Inspired by his own practice, he guides students to secret and far-flung locales, empowers them to realize their own limitless potential, and makes yoga relevant and accessible for the modern world. Since 2002 he has been traveling and leading retreats worldwide. He currently serves as the yoga director leading the One-Month Immersions at Blue Osa. Follow Yogi Aaron on Instagram at @yogi_aaron.