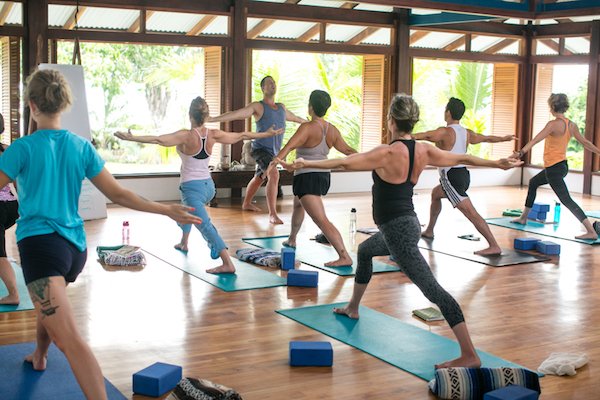 How To Host Your Own Yoga Retreats Around The World?

Home › Our Stories › How To Host Your Own Yoga Retreats Around The World?

As yoga-enthusiasts, yoga teachers, and yogis, I’m sure many of you have flirted with the idea of maybe one day hosting your very own yoga retreat. One of the perks of this job is that I have witnessed and taken part in a handful of the different retreats that pass through the Blue Osa grounds.

Over time, my curiosity began to blossom and I began chatting with some of these retreat leaders. I was curious to learn what constitutes a successful retreat as well as the steps one can take to create their own. And though many of these teachers came from different studios and different backgrounds there tended to be an overall consensus on the steps necessary to set up a yoga retreat. 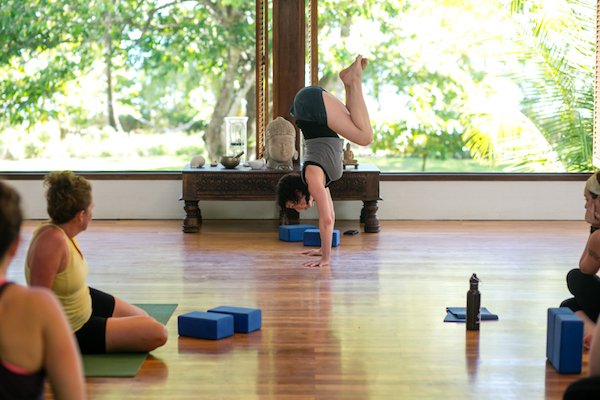 The following list is a summary of what the majority of retreat leaders have dubbed “important steps” in manifesting your own yoga retreat. The list has been comprised of excerpts from my interviews with Yogi Aaron, Lauren Toolin, Valentina Rose and many more successful retreat leaders.

Before we begin though, an honest self-appraisal is necessary. Is this a little project that might be fun to conjure up or is this something you’re passionate about seeing through? Ask yourself “Just how important is this project to me?” If the answer is anything less than “very” then you should abandon ship while you still can. Holding a yoga retreat isn’t for the feeble and fickle. It requires full-fledged devotion and an unwillingness to accept failure. Fortunately, when you’re passionate about something that mentality is intrinsic.

So without further ado, I present the list of steps necessary for starting your own yoga retreat…

First off, set a date. This date can be months or years in advance, but either way, you should have a concrete time frame for when you want to hold your yoga retreat. Having a date makes your goal palpable and therefore forces you into action. It is also helpful to break your time frame into a series of task-orientated deadlines. For example, by this date, I want to have a set location. By this date, I want to have a list of potential customers, by this date I want to have established a formal invitation, etc. By breaking your goal down into a series of manageable actions the whole process begins to take shape. It is very easy to lose focus and become stressed when you concentrate solely on an end result.

Step two: Find a location. I cannot overemphasize the importance of this step. Your location has the ability to make or break your retreat so be thorough in your research. Lauren Toolin was very adamant on the importance of visiting the intended location beforehand to survey the area. Also, be meticulous in your approach. Try to envision your retreat in the surrounding setting and take note of any concerns that may arise. Your location should inspire you, so if you find yourself not completely satisfied, move on. If you’re looking for a location, I’ve heard of a nice place in Costa Rica on the Osa Peninsula that is simply stunning.

Capital is absolutely crucial. You need to be able to finance your project so find a way to budget your money. Always allocate some capital for a contingency fund because when an unanticipated charge arises – which it most certainly will – you will have a nest egg to dip into.

Never lose sight of your vision. It may be subjected to constant tinkering and tweaking, but always be asking yourself, “How does this tie into my end goal?” If it doesn’t, scrap it, and devote your time and resources to something that does. You’d be surprised at how often something may appear to be relevant but in the grand scheme of things, it’s just a waste of your time. So constantly check in.

The Audible and Your Plan B

Hurdles will surface and things will go wrong. So how do you circumnavigate these setbacks? Well, this is what I like to call The Audible, your response to failure. When things don’t go as expected how do you respond? We can’t all have the composure and astuteness of someone like Peyton Manning, but fortunately, we can be prepared for said setbacks.  How so? Well, with a Plan B. Try to anticipate some potential problems and work to find a solution. You can fold or you can adopt the yogi mindset that everything happens for a reason, and because of a certain issue, your retreat is going to be better and stronger than ever.

People. Without them, you cannot have a retreat. So start generating awareness of your retreat early and identify your target market. Use social media, pester your friends, and tell anyone who will listen about your upcoming retreat. Every conversation is a business opportunity and if people aren’t informed they won’t come, it’s as simple as that.

How important is your retreat to you? When you’re passionate about something it should encompass your entire being. So, plan, plan, plan and plan. I can’t teach you how to care about something, but if this is a dream of yours then go hard or go home. Aaron told me that when he was first starting up his studio, every waking minute was spent in a reverie. He was dreaming and conjuring up ideas around the clock. Not because it’s all he wanted to think about, but because it’s all he could think about. 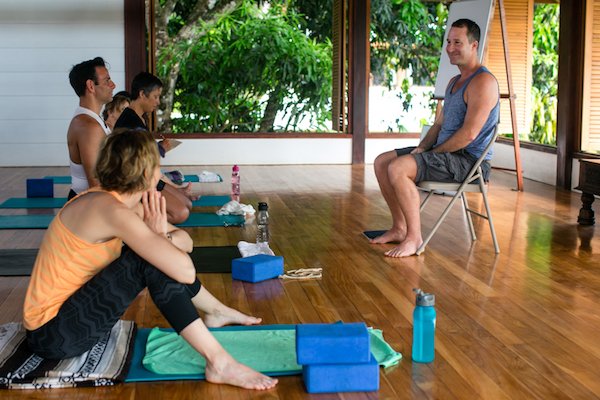 I know I have been a bit of a drill sergeant in regards to this post, so I would like to leave you with one last tip that’s a bit less scrupulous and demanding. Enjoy the process. There exists a romanticism in chasing your dreams and don’t let that escape you. Sometimes you get so caught up in the end goal that you forget to step back and appreciate the beauty of the journey.

Maybe your retreat will come to be, maybe it won’t, and that’s okay too. The important thing is that you commend yourself for following a dream, because for the majority of people in this world a dream is just what it sounds like, a dream.

Taking that leap and pursuing something bigger is more of a gift than you will know. I’ve learned that. So, dream big and chase that dream with a reckless abandon. Your project might fail, but you will forever soar.

Learn More About Bringing Your Group To Blue Osa! 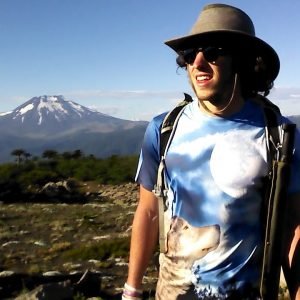 Ben von Jagow is an avid traveler and aspiring writer from Ottawa, Canada. He studied Business at the University of Western Ontario and worked in the banking industry before leaving the country to wander. His frugality coupled with his passion for adventure has transformed him into a traveler who searches for diversion in the unorthodox. Before coming to Blue Osa, Ben played professional football in Spain. At Blue Osa he spends his free time being manhandled by the waves with a surfboard trailing somewhere close behind. Despite the ocean´s attempts to dissuade him, he can usually be spotted returning the next day with a smile on his face.