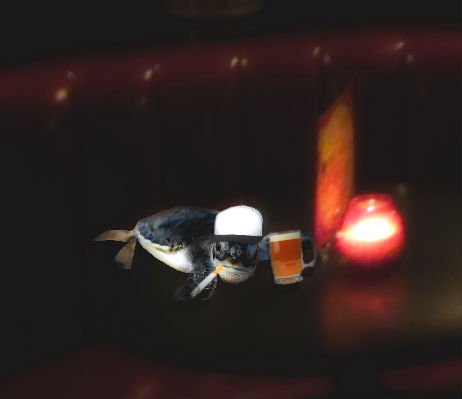 Home › Our Stories › Interview with a Sea Turtle Hatchling

Interview with a Sea Turtle Hatchling

We met in a dimly lit bar, the kind that usually spells trouble. I was conducting the last interview of the day with Hank, the sea turtle hatchling who was promoting his autobiography, “To Shell And Back.” He looked exhausted as he ordered a shot of Jack Daniels then called the server back to change to a tap beer (“I have to swim tonight” was his excuse for the lighter fare).

Me: Publishing an autobiography the same day you’re born is ambitious but some might say it’s a bit hasty. I thought your kind preferred the slow and steady method.

Hank: “My kind?” That’s so offensive. We’re called “sea turtles” and I explicitly told my publicist I didn’t want to deal with slow cracks. I’m only five hours old and I’ve heard every slow joke there is. Can’t you come up with some new material? And before you ask if I like pizza, just stop. I’m not that kind of turtle.

He certainly read me the riot act. You could even say it was HARE raising…just don’t say it to his face.


Me: So tell me about your family.

Hank: Well, I have 63 brothers and no sisters.

Me: How is it possible that you have so many brothers and no sisters?

Hank: Sea turtle gender is determined by the temperature of the nest. Cooler spots turn out the dudes while warmer spots result in the pretty little ladies. If the people at the hatchery had put us in the warm spot, we’d have been girls instead. Can you imagine this face on a chick’s body?!

He laughs hard at the suggestion as though it were a ridiculous one. I don’t have the heart to tell him that the only way to tell the difference between male and female turtles is by the length of the tail.

Me: So what about your mom and dad? Do you have a good relationship with them?

Hank: (He cringes noticeably). The parent situation is kind of a sore spot. In the middle of the night my mom walked up on the beach and dropped our eggs off. Rumor has it that she said she was going to the casino and she’d be back in an hour but that was 55 days ago and we haven’t seen her since.

Me: That’s so sad. Sea turtles return to the place of their birth to lay their eggs and your mom will probably give birth here at least a couple times a year. So that means it’s likely she’s nearby. Will you try to find her? 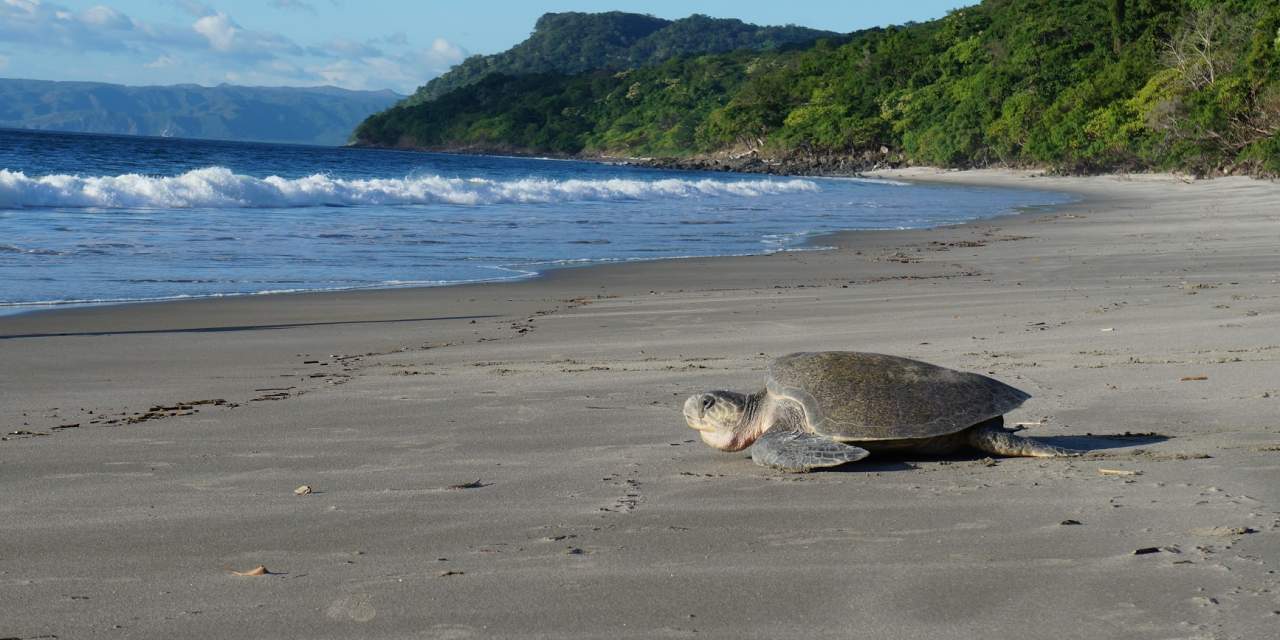 Hank: Believe me, I desperately want to know who she is but DNA testing is a little hard for a turtle to come by. There’s a petition to get Maury Povich to do one of his “Who’s Your Daddy?” shows but with mommys. I want some answers because it’s a scary prospect that 15 years from now I might get my groove on with my own mom.

Hank: Yeah, I hear it happens all the time (Hank looks noticeably distressed as he wipes beads of sweat off his brow and takes a big gulp of his beer). There are a lot of lonely cougar turtles out there who travel as far as Beverly Hills to shed their skin and come back looking pretty good. They cruise these waters for youngsters and sometimes there’s a little shell knocking between mom and son.

Hank reaches into his shell for a pack of Marlboros and a lighter. With surprising agility, he lights a smoke, takes a long drag and blows a smoke ring.

Me: Are you aware that those are bad for you health?

Hank: Gimme a break. You know what’s bad for my health? LIFE. Only one in a thousand sea turtles will make it to adulthood. Those are some awful odds. Are you going to lecture me about salt, too?

Me: I’m a salt fiend myself so you don’t have to worry about that.

Hank: Good, because once I hit that salt water, I’m never coming out again.

Hank: That’s just how it is with sea turtles. The females come out to lay eggs but once the guys go in we don’t come out again. The downside is that I won’t get to see how “Orange is the New Black” ends.

Me: So you’ll be swimming without a Netflix, huh?

Hank: Yep. Speaking of swimming, it’s time for me to hightail it out of here. If I don’t find shelter soon, I’m going to be crab chow.

Me: Don’t you always travel with your own SHELLter?

Hank: (Unimpressed with my pun) You’re an idiot. I’m out.

And with that he scurried across the room, bid farewell to the bartender and hopped on the shellevator to catch a wave into the big blue yonder. Hank, I wish you swell.

Jenée is slowly working her way around the world, one job at a time. It began at age 19 when she moved to Hawaii for a three month stint (which turned into almost five years) even though she didn’t know a soul there. She later toured as a standup comedian all over the United States and even performed for our military troops in a dozen countries, including Bosnia, Kosovo, South Korea and Afghanistan.