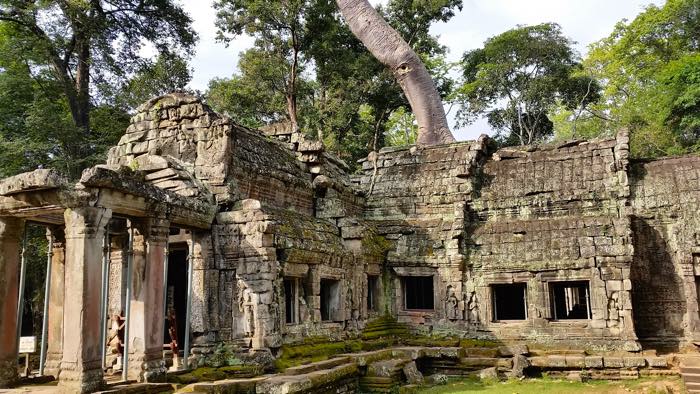 The magnificent Angkor Wat stands right in the heart of an ancient land now known as Cambodia. Angkor means city and Wat means temple. During the 12th century, blocks of stones were mined from faraway mountains and manually transported for its perfectly timed execution.

Thousands of Khmer workers miraculously finished this megastructure in one lifetime, only 35 years. Covering an area of 500 acres, it is larger than any European Cathedral and clearly visible from outer space. Built on water, it still stands after centuries of drought and monsoon periods every single year due to its intricate hydraulic system.

The city has survived modern wars and foreign invasions for thousands of years. Once a hindu temple for the God Vishnu, now a stunning monument to Cambodia’s golden age.

Adi is a thirty-something Filipina yogini and wanderer at heart. She escaped the ruthless corporate world in Manila, then sold and gave away most of her possessions when she moved to a tiny surf island in Indonesia. She rock climbed all over Southeast Asia before taking the big leap to Latin America. She draws colourful mandalas when she needs a break from social media. Her biggest weakness has always been bacon. She is currently falling in love and volunteering her way throughout Costa Rica.
Read her viral article “Don’t Date a Girl Who Travels” in 32 languages
See the world through her eyes on Instagram @lovethesearch
Follow her journey on Facebook page Love the Search
Get travel tips on We Are Sole Sisters