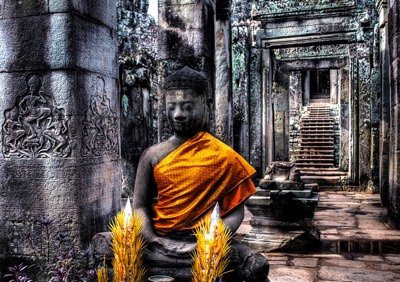 5 Amazing Secrets of The Angkor Wat

The Angkor Wat is one of the most celebrated temples in the Angkor city of Cambodia.

The temple, which was built around the 12th century by King Suryavarman II, appears to be surrounded by secrets and interesting facts. Read on to find out 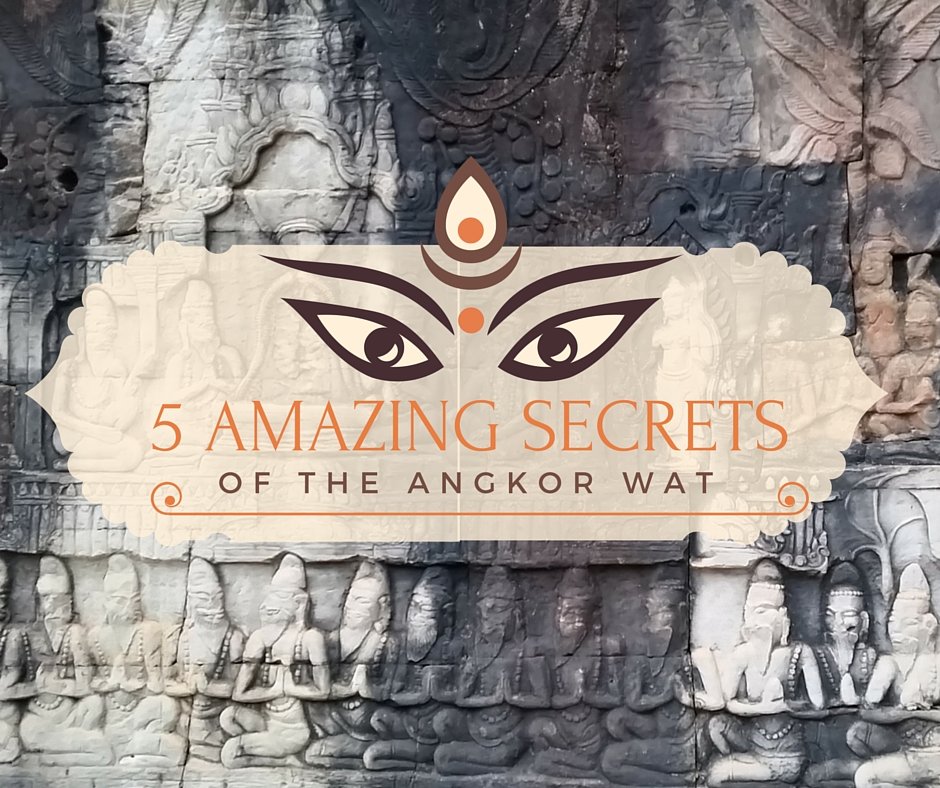 The Angkor Wat is one of the largest archaeological sites in operation in the world and it extends over approximately 400 square kilometres and consists of scores of temples, hydraulic structures (basins, reservoirs and canals) as well as communication routes. 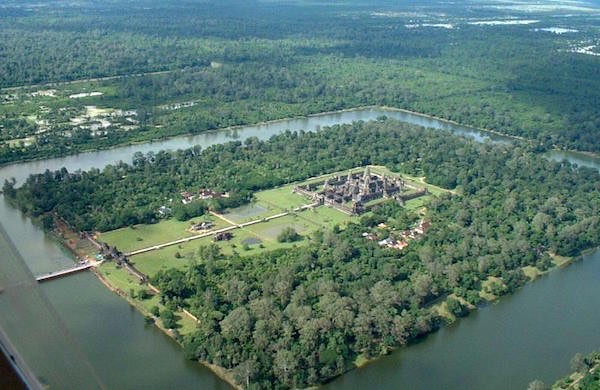 The layout of the Angkor Wat mirrors the Hindu cosmos itself and is one big sacred mandala. The five towers of the central shrine are the peaks of the mythical Mount Meru, axis of the universe and home of the Gods.

Like a symmetrical mandala, the Angkor Wat has many correspondences in numbers and shapes. In all, there are 108 lotus bud shaped towers, a sacred number to both Hindi and Buddhists.

More impressive than the structure of the city itself, are over 2,000 divine nymph figures called Asparas decorating the walls and towers.

Among the nymphs are bas-reliefs describing the Hindu legends including the ancient battles (some fought in the sky), the 32 hells and 37 heavens.

Like many ancient masterpieces the Angkor Wat temple hides a dark history. Usurpian King, Suryavarman II, ambushed his uncle at the age of 14 to overtake the throne.

To prove himself to the people, he planned an massive intricate temple that would serve as his gateway to the afterlife.

The cost of building heaven on earth was horrific violence amongst thousands of Khmer forced into harsh conditions during labor. Over five million tons of sandstone was quarried and transported 25 miles to the temple.

3rd Secret: A temple Built by Gods or Giants

On a brighter note, for many years Angkor Wat was completely isolated from the Western World. Large, thick jungles covers the area, as it is located in the center of Cambodia. The French colonialists were the first westerners to get exposed to Angkor. They heard rumors from the local population about “temples built by gods or by giants.”

French naturalist Henri Mouhot stumbled across the city complex of Angkor Wat while on a zoological expedition.

He was overwhelmed by the magnificence of these ruins hidden in the jungle and wrote: “One of these temples – a rival to that of Solomon, and erected by some ancient Michael Angelo – might take its place besides our most beautiful buildings – Grander than anything left to us by Greece or Rome …it makes the traveler forget all the fatigues of the journey, filling him with admiration and delight, such as should be experienced on finding a verdant oasis in the sandy desert.

The origins of the temple lie in what may be the world’s oldest religious text, the Rig Veda, one of the four Veda Samhitas of Hindu literature. This text describes the gods of heaven and earth, including the earthly god Vishnu, “The Preserver.”

At the time of construction it was believed that that King Suryavarman II, after his death, would be transmuted into Vishnu, to whom the temple is consecrated.

Astronomy and Hindu cosmology are inseparably intertwined at Angkor Wat. Along the east wall is a scene illustrating the “churning of the sea of milk,” a creation myth in which the gods attempt to churn the elixir of immortality out of the milk of time. The north wall depicts the “day of the gods,” along the west wall is a great battle scene from the Mahabharata, and the south wall portrays the kingdom of Yama, the god of death.

It has been suggested that the choice and arrangement of these scenes was intended to tie in with the seasons. The creation scene of the east wall is symbolic of the renewal of spring, the “day of the gods” is summer, the great battle on the west wall may represent the decline of autumn, and the portrayal of Yama might signify the dormancy, the lifeless time of winter.

5th Secret: It’s All About the Details 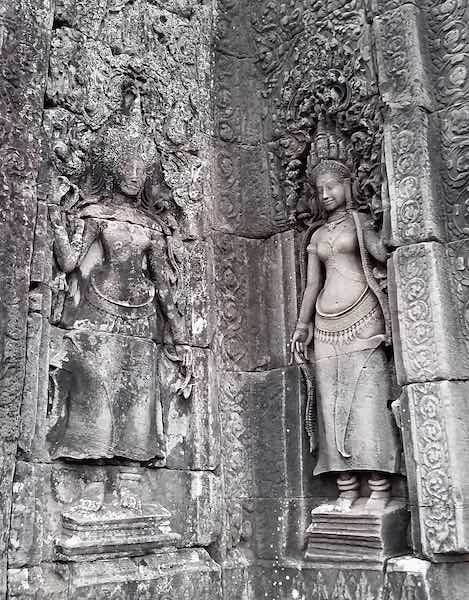 The temple remains incomplete as King Suryavarman II died during its course of construction. Another peculiarity is that the Angkor Wat is oriented to the West, unlike most of the other Angkorian temples that face East.

Every intricate wall carving was layered on with gold leaves. Up until today, you can still see some gold flecks if you look close enough and some of the 1,796 devota carvings have been recently restored.

Intrigued by the Angkor Wat’s magic? Join us for our Blue Osa Journey!

Want more? Watch the video below! 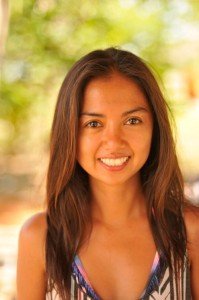 Adi is a thirty-something Filipina yogini and wanderer at heart. She escaped the ruthless corporate world in Manila, then sold and gave away most of her possessions when she moved to a tiny surf island in Indonesia. She rock climbed all over Southeast Asia before taking the big leap to Latin America. She draws colourful mandalas when she needs a break from social media. Her biggest weakness has always been bacon. She is currently falling in love and volunteering her way throughout Costa Rica.
Read her viral article “Don’t Date a Girl Who Travels” in 32 languages
See the world through her eyes on Instagram @lovethesearch
Follow her journey on Facebook page Love the Search
Get travel tips on We Are Sole Sisters
Tags: Blue Osa Journeys, travel, travel the world