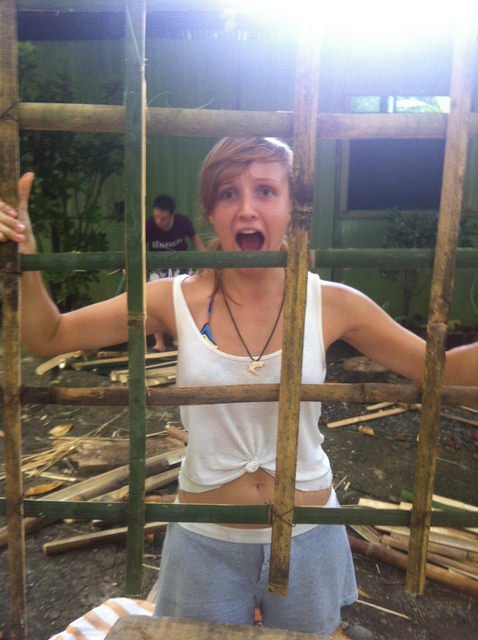 Home › Volunteer and Save the Sea Turtles

Volunteer and Save the Sea Turtles

I remember sitting in my sixth form study room shivering and staring out at the courtyard. It was grey and streams of rainwater ran like children on sugar across the window pane when I started daydreaming about anything that wasn’t my history coursework. I wanted to be somewhere warm, fun and different. I wanted my world to explode, for new avenues and opportunities to emerge, to meet new and interesting people. I wanted to listen to their stories.

I wanted to be anywhere but England and saving the Sea Turtles seemed like a good idea!

I wanted to be anywhere but England, sitting in my A-levels – which, when they were finally over, I knew I would want to celebrate by travelling to my heart’s desire. What popped into my mind in that moment was an image of hatchlings clumsily running towards the ocean as the sun rose – or set, it didn’t really matter as long as it was spectacular, and me humming ‘what a wonderful world’ before toasting the day with cocktails and friends. I let my fingers glide across the keyboard, researched a few places, clicked on a conservation project, and just like that, my mind was made up. I was going to Costa Rica and it would become the country of my dreams.

A year later I woke up to the deep repetitive boom of howler monkeys and the caw-kick-caw-kick-caw-caw-caw of what I would later know (and come to despise) to be called a wood rail, a small chicken-like bird. I breathed in the heavy sweltering air of 5 am bam-smack in the middle of a rainforest. I let my body rock slightly, cocooned in a hammock with a thin muslin mosquito net as I tried to take it all in. I reflected on the mammoth journey I had undergone to arrive here, in the Osa Peninsula, and was suddenly struck by the realization that I was no longer home. The culture shock hit me like a ton of bricks and absolutely nothing could have prepared me for it. I knew then, as I know now, that this would be the most ‘out of this world’ experience that any eighteen years old could ever stumble across.

My Encounter with a Water Buffalo

Summarizing six months in the rainforest in a single article is a difficult task. After all, the wildlife was immense, beautiful and for want of a better word, pretty damn ‘cool’! For instance, one time I was idly sitting on the camp deck, letting my body and soul drift into the same relaxed consciousness that I witnessed Tico’s live their lives by when a local named Maikol emerged from the tree line. He was on horseback and leading a water buffalo named Cholo by a rope, which was attached to a giant gold ring in the animal’s nose. Maikol, seeing the horror on my face, dared me to mount the buffalo and go for a short walk. Which, I did. After all, he dared me, and everyone knows you can’t say no to a dare! As I squealed nervously, whilst sitting on top of Cholo, a thought ran through my mind,how had an afternoon of doing absolutely nothing suddenly turned into bareback riding buffalos?

Water buffalos were not the only thing that had me shrieking in delight. There were also nuanced moments of wonder, like when I went to hang my washing out (which we did by hand) and watched a single toucan float down to a nearby branch and stop proud. Its bright yellow beak lifted obnoxiously as if to say, “What are you looking at? I know I’m beautiful.” Or, when I watched red-eye tree frogs, terciopelos and army ants dart between my legs whilst out on surveys. Not to forget the first time I saw a mother turtle laying her eggs underneath the Milky Way, the time a Puma interrupted my coffee break, or the time I almost got run over by a herd of white-lipped peccary (true story)!

Making Friends in the Jungle

The Osa Peninsula undoubtedly has an abundance of life. Whilst it was the animals and their out-of-this-world habitat that had me trapped in a trance, it was the local people that evolved the Osa from an idealistic tourist hotspot to a place that I now call “home.” I will never forget spending hours teaching a young boy named Jose, who belongs to an indigenous group and who, at the time was the only student in the school, a few words of English. It was beyond rewarding to pass him by one day and hear him shout at me, “Jessica, how are you?” and when I asked him in return he replied, “I am fine” and held out his hand, offering me a sweet fruit I’d never tried before. It was a small token of his gratitude but I knew in that moment that we weren’t just two students grappling at languages we didn’t understand (my Spanish is appalling), we were friends.

I went on to make many friends in the Osa, such as Juan ‘Sito’ the Land Stewardship and Maintenance Manager at Osa Conservation, helped me crack coconuts with his machete (and who I still send postcards too). Cristian, a Corcovado guide, showed me that if I fancy a quick protein snack I can eat termites, but they won’t taste nice (trust me on that one)! Finally Miguel, who runs local horse tours, and on my recent return (my third since leaving the first time) let me stay with his family. The people of Costa Rica were – and still are – beyond generous. Not just for opening their homes to “gringos,” science researchers and the likes, but for opening their hearts and teaching me how to actively and positively be a part of the rainforest.

With that in mind, I wish I could say that my time spent in the Osa Peninsula was all smooth sailing but it was most definitely not. I struggled immensely with homesickness, the jungle making a difficult adjustment from my suburban London lifestyle. My legs were ripped to shreds by mosquitos, my cuts wouldn’t heal. Whilst hiking Corcovado National Park I woke up with conjunctivitis in both of my eyes, which caused me to slip down a cliff later on in the day and badly twist my knee. I spoke no Spanish and favoring literacy over science, knew nothing about biology or the animals I was encountering on a daily basis (causing me to mumble “They look… pretty?” during regular camera trap presentations at the dinner table). It wasn’t easy, heck in was the hardest thing I’ve ever done, but I learnt more in those six months than I ever had at school. If I got the chance, I’d go back and relive it again and again and again.

My Advice to Future Volunteers

To end this article I will leave you with three pieces of advice that I would give to all future volunteers who want to save the Sea Turtles: