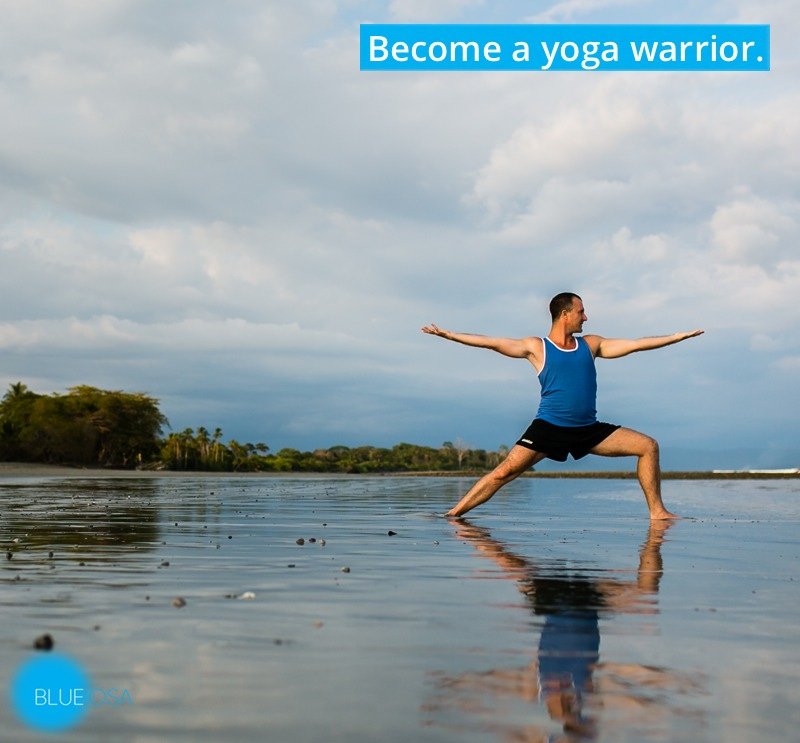 Students come to yoga for several reasons. One of the reasons is to build a stronger body.

And who would not like to have indomitable will power?

Practicing Warrior 2 will strengthen both legs. Warrior 2 can also help the knee muscles strengthen. The shoulders are stretched and the arms are strengthened. The muscles needed to raise the arms up are the deltoids the supraspinatus, infrasinatus, pectoralis major and the biceps. This yoga posture will also increase flexibility in the groyne.

All of the warrior poses are also a weight bearing pose, thus this pose will help to improve your bone density.

Dive Deeper Into Your Practice On A Yoga Retreat To Costa Rica!

Yogi Aaron brings passion and a spirit of adventure to his teaching. Thus inspired, he guides students to secret, far-flung locales, which not only empowers them to realize their own limitless potential but also makes yoga relevant and accessible for the modern world. Since 2002 he has been travelling and leading retreats worldwide. He currently serves as the Yoga Director at Blue Osa Yoga Retreat + Spa in Costa Rica